ABOUT POLITICS: Failure of opposition parties to light a fire under govt in censure debate puts ball back in protesters' court v Dismissal of Thamanat after no-confidence vote 'plot' could see his faction ally with main opposition Pheu Thai Party at the next election

The no-confidence debate has passed with the government coming through relatively unscathed, leaving the anti-government pendulum swinging back to the street protests. 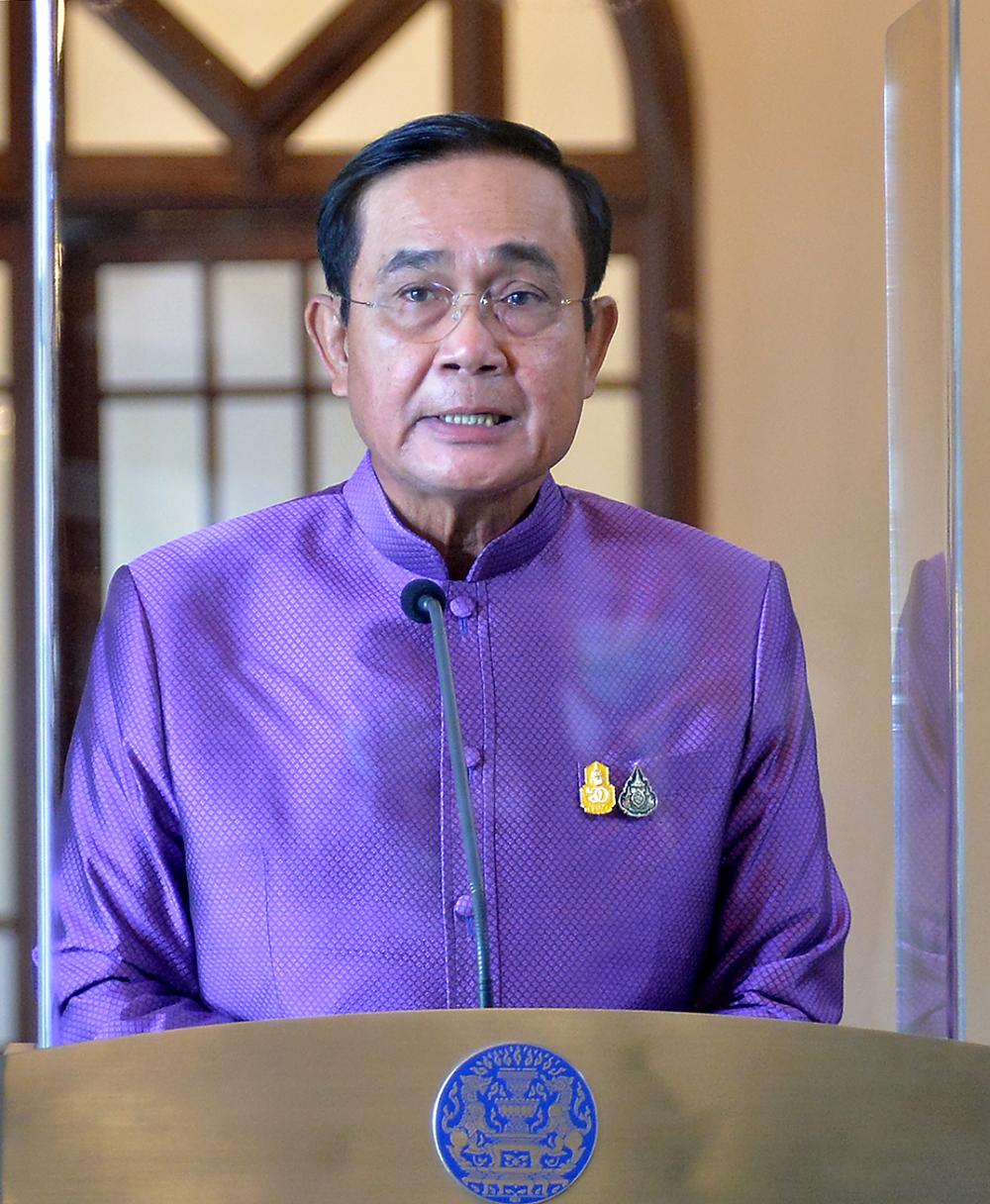 Government supporters had been kept in suspense over reports of an internal revolt within the ruling Palang Pracharath Party (PPRP) aimed at unseating Prime Minister Prayut Chan-o-cha.

A group of renegade MPs from the PPRP, the Democrat Party and smaller parties reportedly plotted to overthrow Gen Prayut by voting against him at the end of the four-day censure session in parliament.

The MPs, including those from the PPRP disgruntled at being "overlooked" by Gen Prayut, were said to be teaming up with certain MPs from the main opposition Pheu Thai Party to oust the prime minister in a bid to force a change of coalition, comprising the PPRP, Pheu Thai and the complicit smaller parties.

A political expert said this last month has been exceptionally daunting for Gen Prayut who has found himself facing some of the toughest threats to his premiership.

In parliament, he was targeted for a no-confidence vote for the third time since returning as prime minister in the March 2019 election.

The opposition had apparently calculated it should lose no time going for "the kill" with the censure motion this month while the government was at its most vulnerable.

Gen Prayut has been dogged for months during this third Covid-19 wave by accusations that he has been grossly inept in directing pandemic containment policies and having committed an unforgivable blunder by failing to order more diverse brands of vaccine during the initial outbreak last year.

The prime minister told parliament the government did not have much choice at a time when most countries were rushing to order vaccines that needed time to produce and deliver.

The law also did not permit the government to put down a deposit on a procurement order, which it may or may not receive a product from, at the end of the day.

Vaccines were in the development stage and there was no guarantee any manufacturers would succeed in rolling them out, he said.

The most sensible choice was to secure China's Sinovac vaccine which promised fast delivery and AstraZeneca which was to be domestically produced by the Siam Bioscience company.

The expert said many censure allegations from the opposition were nothing new and not potent enough to kill off the government or the prime minister.

It had been widely thought the opposition packed some knock-out censure issues along with iron-clad proof against the five cabinet ministers and Gen Prayut.

If that had been the case, the cabinet ministers or Gen Prayut could have sustained severe political injuries from the session and ended up fighting for their political lives. At which point, the anti-government protesters would have stepped in with a valid justification to ramp up their activities and turn the screw on the government outside parliament.

Critics have noted dots maybe being connected, which could paint a picture of a relay race where people in parliament are viewed as handing the grilling of the government over to the protesters.

A political source said if the censure ammunition had not gone dud, the protests might have collected something or two to carry their movement through with such force that could have pushed the government to the brink of collapse.

The source pointed out that no-confidence debates have seldom censured any ministers. It is the aftershock from the events that have knocked out quite a few ministers.

One case in point was the highly scandalous Sor Por Kor 4-01 case in 1994 in which Suthep Thaugsuban was accused of illegal involvement in the issuance of some land documents when he was a deputy agriculture minister in the Democrat Party-led administration.

The controversy was instrumental in bringing down the Chuan Leekpai government and left Mr Suthep with an indelible stain on his reputation. In late 2013, Mr Suthep quit the Democrats to head the People's Democratic Reform Committee protest movement seeking to topple the Yingluck Shinawatra-led administration.

Back in 1995, Newin Chidchob, a co-founder of the Friends of Newin group, exposed the corruption in the Sor Por Kor 4-01 land reform programme that zeroed in on Mr Suthep during a censure debate.

Mr Newin, now a prominent figure in the Bhumjaithai Party, managed to put together a censure attack so damning that the Palang Dharma, a coalition party, pulled out of the government. The House of Representatives was subsequently dissolved and a snap election called.

Nightmare ahead for PPRP?

Prime Minister Prayut Chan-o-cha came through the no-confidence vote at the end of the censure debate comfortably, his third in less than two years, but this time round the premier emerged politically wounded, according to political observers.

Gen Prayut was expected to secure the most votes of support, at least 270, among the cabinet ministers targeted for censure after seeing off threats to his authority from within the ruling Palang Pracharath Party (PPRP).

As it turned out, he ended up with the highest number of no-confidence votes, at 208, and received 264 votes backing him, just one vote more than the worst-performing Labour Minister Suchart Chomklin of the PPRP.

Gen Prayut sailed through with 272 confidence votes in the two previous censure debates in February this year and in February last year. 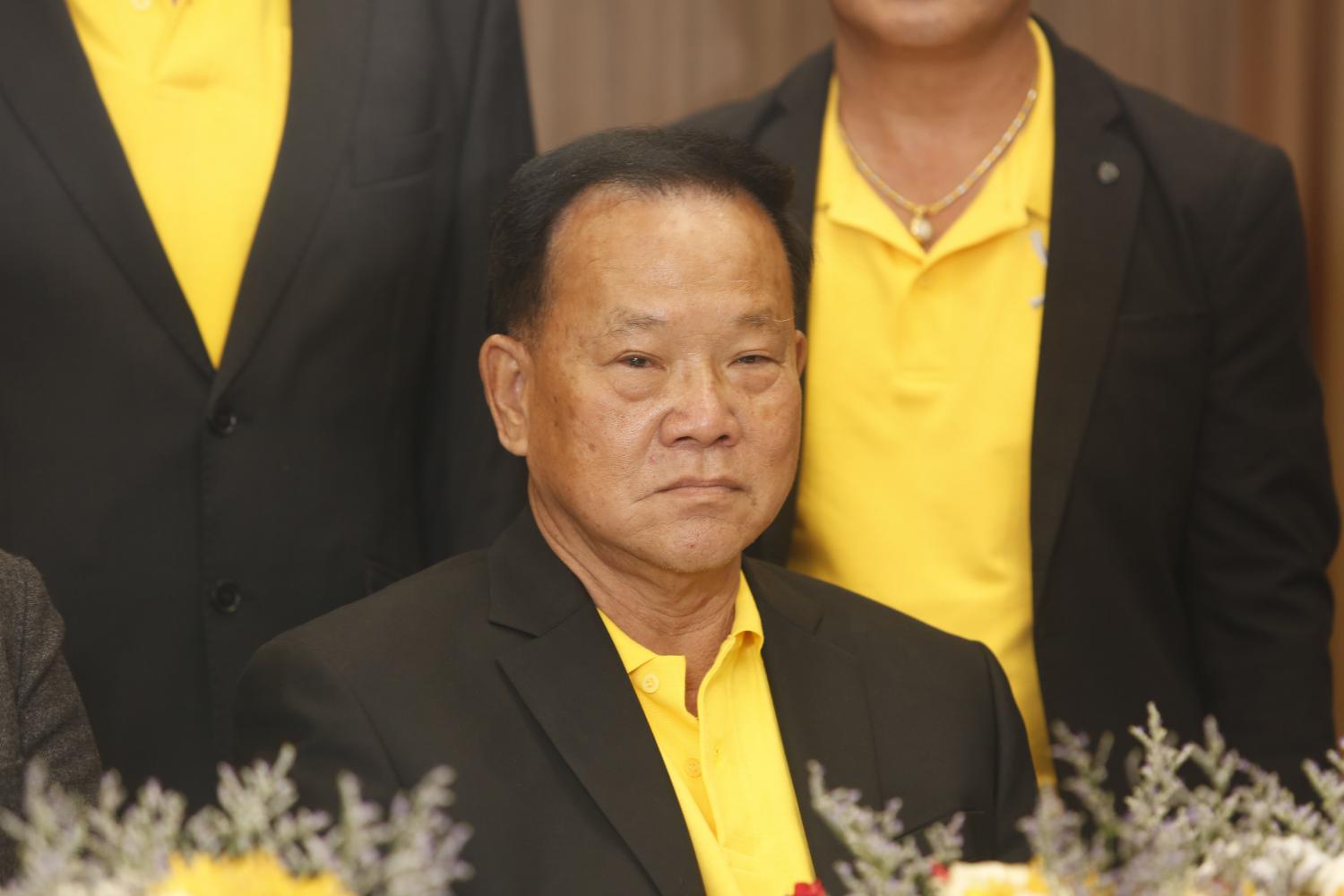 Even though Gen Prayut was unfazed by the numbers, political observers are convinced that his position is not as secure as before. The premier will have to come up with a whole new ball game to maintain his bargaining power within the PPRP.

The burden also falls on PPRP leader Prawit Wongsuwon who was elected to head the party to resolve internal rifts and ensure that all the factions closed ranks and gave Gen Prayut the support he needed to lead the government.

According to the observers, Gen Prawit did a fairly good job in weathering the recent political storm by luring away renegade PPRP MPs rumoured to be part of a plot to unseat him in the no-confidence vote.

PPRP secretary-general Thamanat Prompow was accused of being behind the move to topple Gen Prayut by orchestrating no-confidence votes against him. Capt Thamanat was said to have had support from key PPRP figures including chief government whip Wirach Rattanasate.

To foil the plot Gen Prawit was said to have persuaded a faction under the control of Deputy Finance Minister Santi Promphat to reconsider its position and back Gen Prayut in the censure debate.

Mr Santi control MPs in the lower part of the northern region and commands deep respect among some renegade MPs in Pheu Thai, the main opposition party that Mr Santi formerly served.

With Mr Santi's faction bowing out, the plot to oust Gen Prayut in the censure debate did not stand a chance, according to political observers.

Gen Prawit also tried to mend fences by getting Capt Thamanat to apologise to the premier in the presence of some 20 MPs about the ouster rumour and instructed party MPs to close ranks behind the prime minister in the vote.

However, it is reported that Gen Prayut did not get the support for free as the premier agreed to work more closely with PPRP MPs.

Following the clear-the-air meeting, Gen Prayut admitted he may have previously given the PPRP MPs too wide a berth, which may have hurt relations between them and caused misunderstandings.

"From now on, I have to find more time [to meet party MPs]. Let me rearrange my schedule first," the prime minister was quoted as telling a party meeting.

According to a PPRP source, Gen Prayut now seems less anxious as Gen Prawit reportedly assured the prime minister that he had put Mr Santi in charge of coordinating with MPs in the party and coalition partners.

But the soured relations between Gen Prayut and Capt Thamanat went beyond any chance of reconciliation. In the latest twist, the Royal Gazette on Thursday announced the removal of Capt Thamanat as agriculture minister.

However, a key obstacle turns out to be the charter amendment bill that centres specifically on switching the single-ballot election system back to the dual-ballot one. Under the amendments, there will be one ballot for electing a constituency MP and another for a party.

The return of the two-ballot election system has been criticised for appearing to favour larger parties and, if it is adopted, it is likely to hand a landslide election victory to the Pheu Thai Party, and the PPRP is highly unlikely to allow that.

The PPRP's nightmare was confirmed yesterday when the Senate passed the amendment bill.

Now, the ruling party has a lot of figuring out to do to counter Pheu Thai, considering the possibility of the Thamanat-led faction breaking away from the PPRP and forming an alliance with the main opposition party for the next election, according to political observers.