His assessment is based on gestures of support for his military intervention reflected by the bouquets of flowers presented to the coup-makers and troops.

However, the 2006 coup was deemed overshadowed by the May 22, 2014 takeover led by Gen Prayut Chan-o-cha who has managed to stay on for five years and returned to power in the 2019 general election with support from his brothers in arms, Gen Prawit Wongsuwon and Gen Anupong Paojinda.

During their time in power, the three brothers (Prayut, Prawit, and Anupong) and their teams have put in place mechanisms to help the regime prolong its grip on power.

The military-appointed Senate can join MPs in the prime minister's selection while the Palang Pracharath Party (PPRP) was formed to back Gen Prayut as the premier. The armed forces, meanwhile, have closed ranks behind him.

The 2006 takeover pales in comparison to its successor as it lasted just 12 months before an election, which was ultimately followed by more political strife. 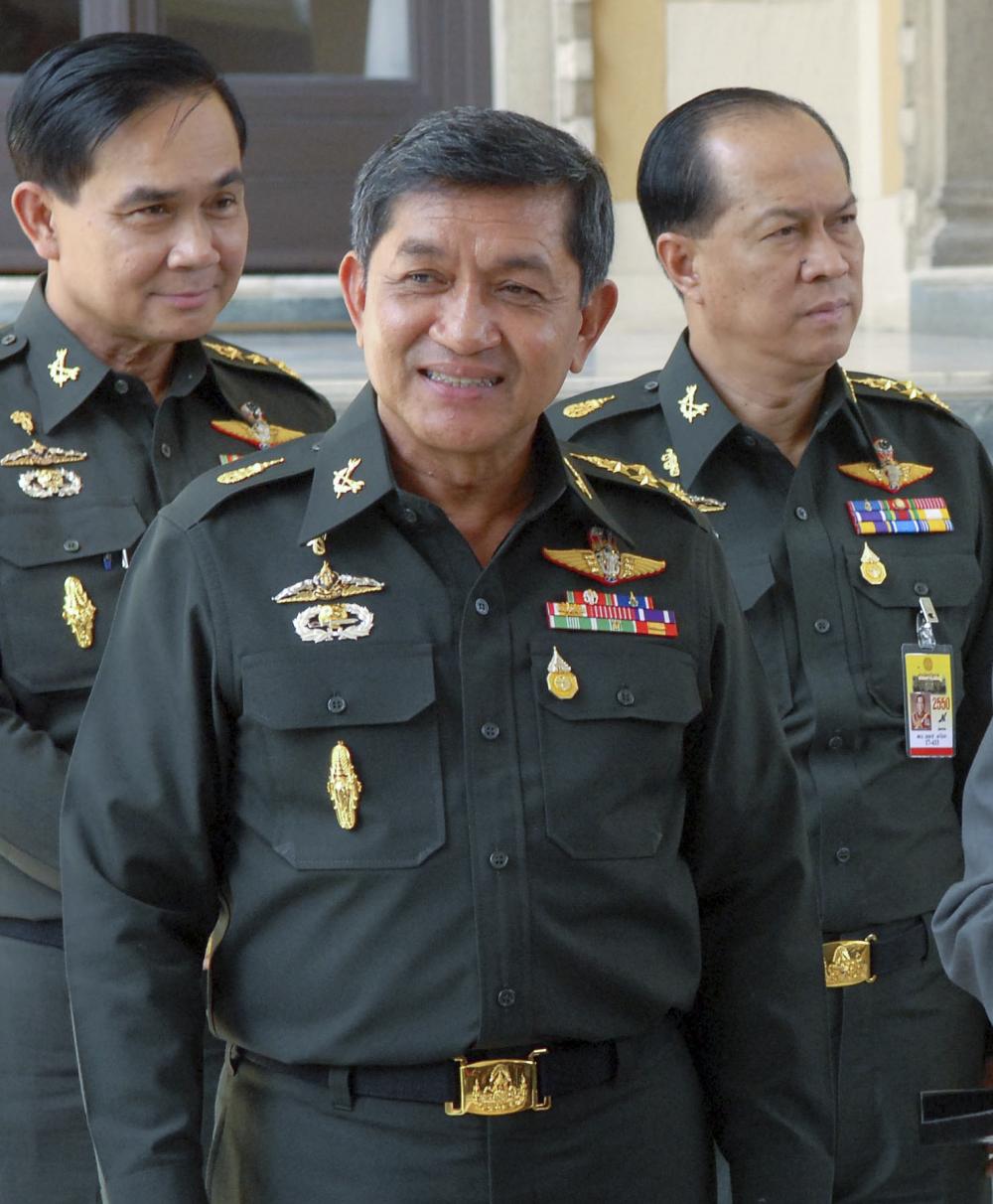 The big three: In this file photo taken in May 2007, army chief and coup leader Gen Sonthi Boonyaratglin (centre) gives a press conference following the dissolution of political parties over election fraud. He is accompanied by Gen Anupong Paojinda and Gen Prayut Chan-o-cha, who held the rank of lieutenant general at that time.

Some political observers criticise the 2006 putsch as a failure because Thaksin's political network came back to power with his younger sister Yingluck Shinawatra assuming the prime ministership. The 2014 coup is seen by some as a correction.

However, Gen Sonthi said the events should not be compared because the political contexts were different.

"I think there is no use in talking about it. But if you ask me if it is a success or a failure...people were in a joyful mood and gave flowers to soldiers," he said.

Gen Sonthi said he did not assume the prime minister's post after the coup because he was aware of its limitations and thought he should put the right man in the job.

He said whether another military takeover will happen depends on how people in power conduct themselves. Corruption, nepotism and undemocratic actions can make people upset and prompt action.

When asked if a military intervention is necessary to defuse a political crisis, he said it is important to understand what democracy is about.

He also said there are different types of democracy and Thailand should find one that fits its needs and looks ahead rather than backwards.

When asked if the 2006 coup at least kept Thaksin, who is in self-imposed exile, away, he said there is no use discussing the past and Thaksin is up to something new, given his increased activity.

The ex-premier has used the Clubhouse app under the alias Tony Woodsome to take aim at the government and on Wednesday discussed Thai politics and the future of young Thais.