Young protesters kick a police barricade near Nang Leong intersection in a bid to approach Government House on Tuesday evening while demanding an end to the Prayut Chan-o-cha government. (Photo: Pornprom Satrabhaya)

Demonstrators led by the Thalu Fah group gathered at Nang Leong intersection near Government House at about 4pm and their leaders vowed to march to Government House. Riot police built a barricade, including razor wire, to deny protesters' entry into Phitsanulok and Nakhon Sawan roads. Water cannon trucks were also deployed.

At 5.20pm protesters threw paint at police, tried to cut the barbed wire and remove the steel barricades. The sounds of fireworks filled the air and police used water cannons to disperse protesters.

At about 6pm riot police charged protesters and arrested some of them. Local traffic resumed at about 7pm. 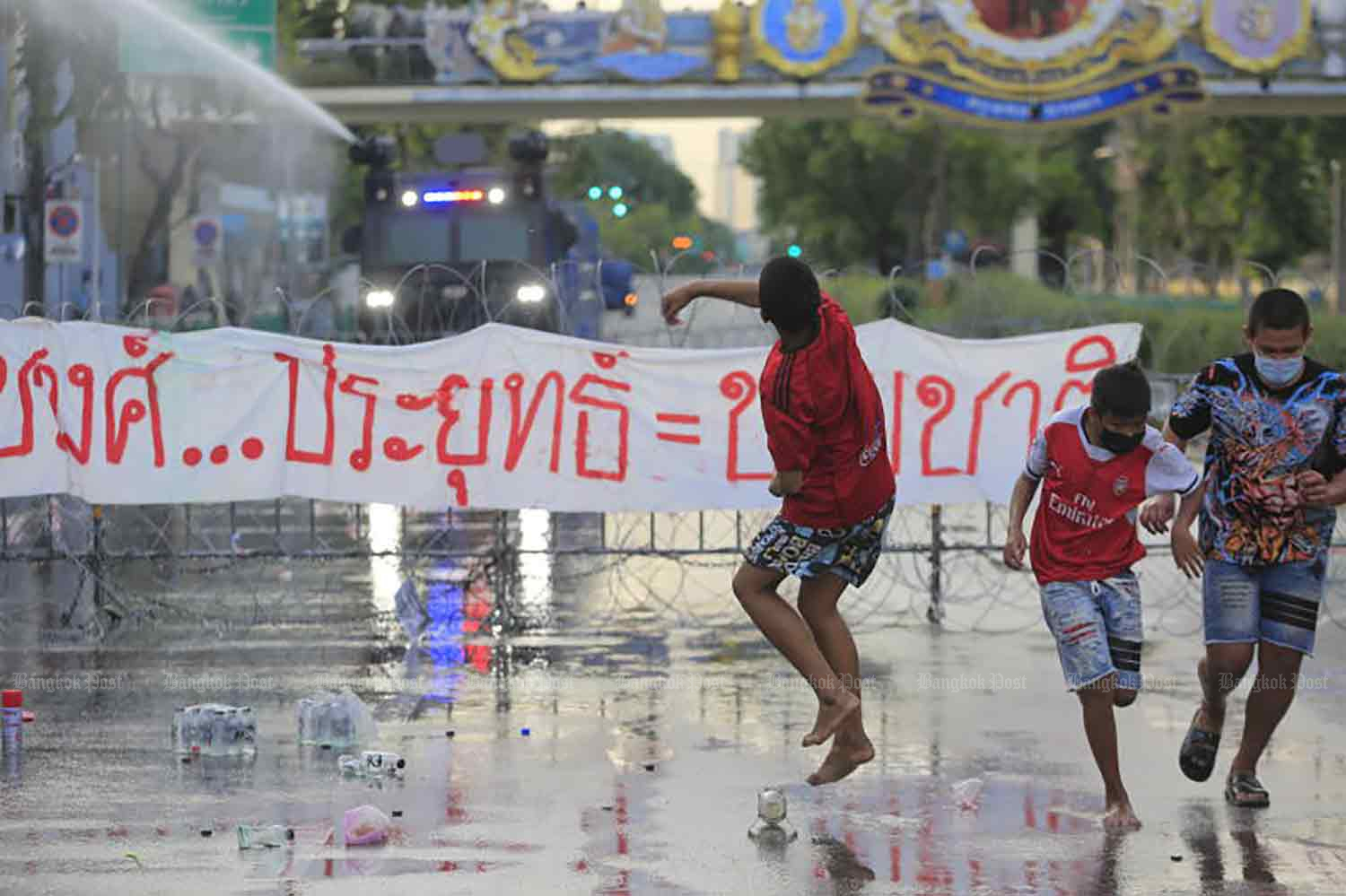