A political shot in the foot
Thailand
Politics

ABOUT POLITICS: Pheu Thai's decision to rid itself of Pornpimol Thammasarn could return to bite it and spell its own demise v Main opposition party's annual meet is expected to herald major changes within its ranks and maybe offer sneak peeks at possible PM picks

The Pheu Thai Party has set its political compass toward the next election, which it bets could take place before the tenure of this government expires.

However, some analysts have been wondering whether Pheu Thai will still exist when the next poll is called.

The main opposition party's insistence on upholding its principles may end up being its Achilles heel.

Last week, Pheu Thai announced it had booted out two of its constituency MPs, Saranwut Saranket and Pornpimol Thammasarn. Their expulsion had been the subject of unconfirmed reports for weeks, until Oct 11 when the party held a press conference to make the matter public.

According to Pheu Thai secretary-general, Prasert Chantararuangthong, the party convened a meeting of 135 MPs and executives to decide the fate of Mr Saranwut, an Uttaradit MP, and Ms Pornpimol, an MP for Pathum Thani.

Mr Prasert told the press briefing that the conduct of the two MPs had been thoroughly reviewed by the party's ethics and disciplinary committee which ruled there were sufficient grounds to show them the door.

In Mr Saranwut's case, he had openly pilloried party executives in media interviews on many occasions. The committee deemed this treachery and brought Pheu Thai's name into disrepute.

He was accused of a gross violation of party regulations and of a severe breach of a party member's code of conduct.

The panel resolved to strip him of his Pheu Thai membership, although he still retains his MP status.

Mr Saranwut reportedly came out to attack the party and its executives, labelling them dictators for denying him a role in the last censure debate against the government in early May.

The Uttaradit MP may have considered himself a mainstay debater in previous no-confidence sessions, sporting a pair of distinctly highlighted eyebrows and delivering a unique oratory style.

However, in the last censure debate, he was not called on to speak. Political observers said the opposition had to allocate debating time carefully to MPs since there were several censure targets, including Prime Minister Prayut Chan-o-cha, to cover and the opposition bloc was pressed for time. Speakers who were heavy on style simply had to wait another day, according to the observers.

Back at the briefing, Mr Prasert turned to Ms Pornpimol who was accused by Pheu Thai's ethics committee of disloyalty and failing to adhere to the party's ideology and spirit.

The breach of trust committed by the songstress-turned-MP allegedly occurred twice. She was expelled for not voting with the party on crucial pieces of legislation and motions and voting with the government instead.

At least three-quarters of the votes, or at least 108, by MPs and executives are required to purge an MP. Mr Saranwut was cast out by a vote of 131 in favour, two against and two abstentions. Ms Pornpimol was driven out of the party with a vote of 134 in favour to one against.

Mr Prasert said that before judgement day, they were both invited by the ethics committee to counter the accusations against them. However, they did not provide an explanation, either in person or in writing, and so they chose to forfeit the chance to set the record straight.

The pair have 30 days following the expulsion to find new parties.

By removing them from the party, Pheu Thai was apparently making itself seen to be upholding its own ethical rules.

A party's loss is another's gain as Mr Saranwut was spotted attending a recent funeral of the mother of a leading politician in the ruling Palang Pracharath Party, Pheu Thai's arch-rival.

Ms Pornpimol, on the other hand, is believed to have set her sights on moving to the coalition Bhumjaithai Party.

However, the observers warned Pheu Thai could find itself in a precarious situation over Ms Pornpimol's expulsion.

The constitution clearly stipulates that no MPs are bound to toe their respective party lines when voting on legislation.

If it could be interpreted that Mr Pornpimol was free to vote in parliament as she saw fit, regardless of whether the vote was against Pheu Thai's stance, the party could be in a lot of trouble with the constitution.

It might be only a matter of time before the issue is put to the Constitutional Court in the name of clarifying whether Pheu Thai has defied the charter by purging Ms Pornpimol for exercising her constitutional rights to support pieces of legislation of her choosing.

If the issue is referred to the court and Pheu Thai is ruled guilty of depriving Ms Pornpimol of her rights, the party could be ordered dissolved.

The Pheu Thai Party is embarking on a major makeover, releasing a set of posters that turns heads as it prepares for its annual meeting in the northeastern province of Khon Kaen Oct 28. 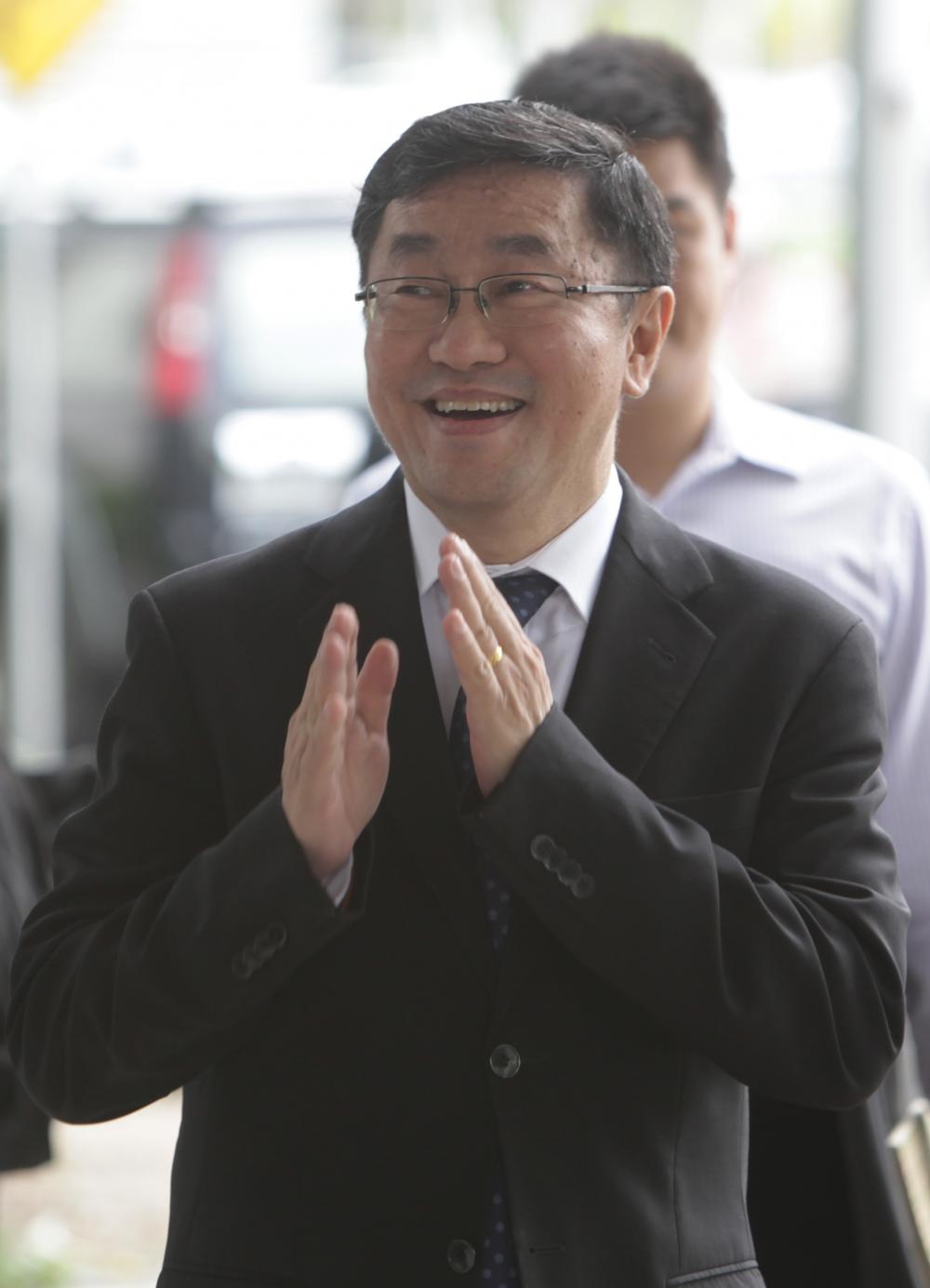 The main poster bears a tagline, "tomorrow Pheu Thai for a new life for the people", for the upcoming event, while the others feature various groups of people such as farmers, SMEs, LGBTQ+ and the elderly, along with new slogans.

When put together, the party promises to bring them all a better tomorrow.

Pheu Thai spokeswoman Arunee Kasayanont said the meeting's theme on Oct 28 is designed to reclaim human dignity and a better quality of life for Thais.

Amid the Covid-19 crisis, they have been plunged into despair as poverty, unemployment and inequality increase.

At the meeting Pheu Thai MPs and experts will come together to share their visions of tomorrow to revive the hopes and dreams of all Thai people, she said.

Party heavyweights and members are gearing up for the event, changing their cover photos on Facebook and other social media accounts to display the campaign posters, which can also be seen on the back of tuk-tuks in central Bangkok and the sides of song-taew buses in the city of Khon Kaen.

What captures the attention of political observers the most is the use of the colour red; the party has apparently ditched its usual blue and opted for a white font on a bright red background.

They also notice that the words: "tomorrow Pheu Thai" are not written out in a normal font, but in a style resembling the handwriting of former prime minister Thaksin Shinawatra, who is regarded as the party's de facto leader.

According to observers, the "tomorrow Pheu Thai" campaign indicates radical changes are coming within the party and is very consistent with Thaksin's political talks in ClubHouse.

The self-exiled ex-prime minister has discussed changes in detail and one element is how older politicians should step aside and make way for younger ones.

Describing himself and Prime Minister Prayut Chan-o-cha as being in the "babyboomer" generation, Thaksin said it is time for Generation X and Y people to step in and take over.

Thanks to Thaksin's comments, political observers hope that the Oct 28 event will give them a sneak peek at the party's potential prime ministerial candidates.

It is the only major political party that has yet to announce who it will back as prime minister after the next general election.

There has been talk about the possibility of people in or close to the Shinawatra family being put forward. Interest is being focused on Srettha Thavisin, chief executive of real estate developer Sansiri, who has recently been touted as a potential candidate.

Speculation is intensifying after Surapong Suebwonglee, a former senior Pheu Thai member, vouched for the tycoon.

According to Dr Surapong, Mr Srettha is definitely a good choice to take over from Gen Prayut.

At 58, he does not fall into the "young" category, but he is a fresh face in Thai politics who can communicate with younger and older generations alike, according to observers.

Mr Srettha, who is reportedly a close friend of former prime minister Yingluck Shinawatra, has so far maintained that he has no interest in entering politics.

A source in Pheu Thai insists the search for prime ministerial candidates is not over and the "big boss" wants someone who can truly attract support from young generations.

The list of potential candidates will not be ready unless the general election is in sight and the party is expected to make an announcement as soon as the House is dissolved, according to the source.