Protesters make the three-finger salute as they stand in front of the German embassy during a demonstration on Sunday. (AFP photo)

A large group of protesters on Sunday marched from Bangkok's Pathumwan intersection to the German embassy to submit a statement opposing absolute monarchy.

Three representatives were allowed into the embassy premises to hand in the statement.

"The move is against absolute monarchy and to protect democracy," the statement said.

One protester was injured by rubber bullets during the march from Pathumwan and was sent to Chulalongkorn Memorial Hospital.

It was the second rally outside the embassy, following a demonstration on Oct 26 last year that led to the indictment of 13 leaders on lese majeste and other charges.

Earlier on Sunday, protesters occupied Pathumwan intersection in Bangkok to vent their anger at the recent Constitutional Court ruling and demand reform of the highest institution. 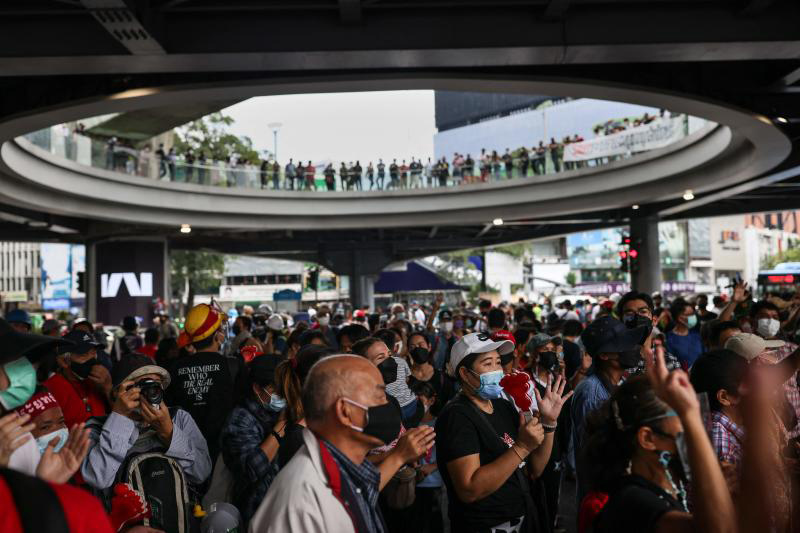 Protesters take part in a demonstration at Pathumwan intersection on Sunday, after the Constitutional Curt ruled that speeches by protest leaders calling for royal reforms amounted to a bid to overthrow the monarchy. (AFP photo)

No particular groups claimed to have organised the rally, the first major protest since the court's ruling on Wednesday.

The court ruled the demands made by Arnon Nampa, Panupong "Mike" Jadnok and Panusaya "Rung" Sithijirawattanakul, together with subsequent actions by them and other protesters, were aimed at bringing down the constitutional monarchy.

The court ordered them to cease all moves deemed threatening to the democratic system with the King as head of state.

Citing the ruling and the order, protesters accused the court of attempting to bring back absolute monarchy.

The protesters also called for the end of the lese majeste law and the release of all activists detained by police.

"We don't want absolute monarchy," they shouted at the rally site. "Reform not abolition," they added, referring to a call to reform the highest institution.

They also burned nine effigies representing the nine judges sitting in the court.

Deputy Prime Minister Wissanu Krean-ngam on Thursday warned protesters to obey the court's ruling but the Move Forward Party argued that the ruling could bring about further social rifts.

Demonstrators originally planned to gather at Democracy Monument and then march to Sanam Luang.  The venue was later changed to Pathumwan as police blocked access to the monument. They also installed shipping containers at Sanam Luang to obstruct the march. 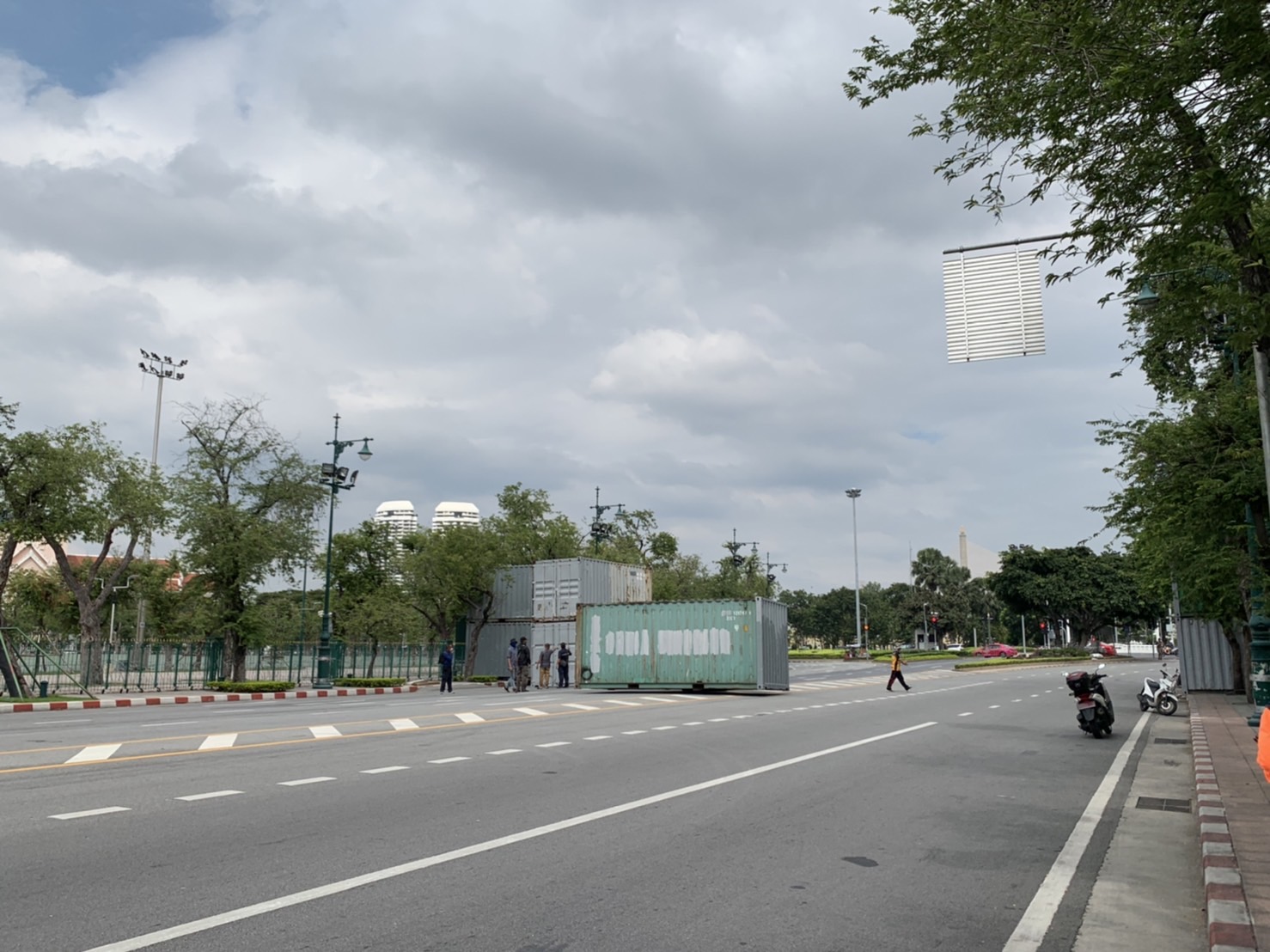 Shipping containers are moved in to block a planned march to Sanam Luang from Democracy Monument by protesters. (Photo: Royal Thai Police)