The govt's own legal eagle

ABOUT POLITICS: Legal issues that may threaten PM, cabinet can be avoided with Deputy Prime Minister Wissanu Krea-ngam watching their back v Trouble could lie ahead for Move Forward with Natthaporn Toprayoon's dissolution bid over party's links to protest leaders

It is a well-known fact that when Deputy Prime Minister Wissanu Krea-ngam voices caution about anything legal, cabinet ministers are all ears. 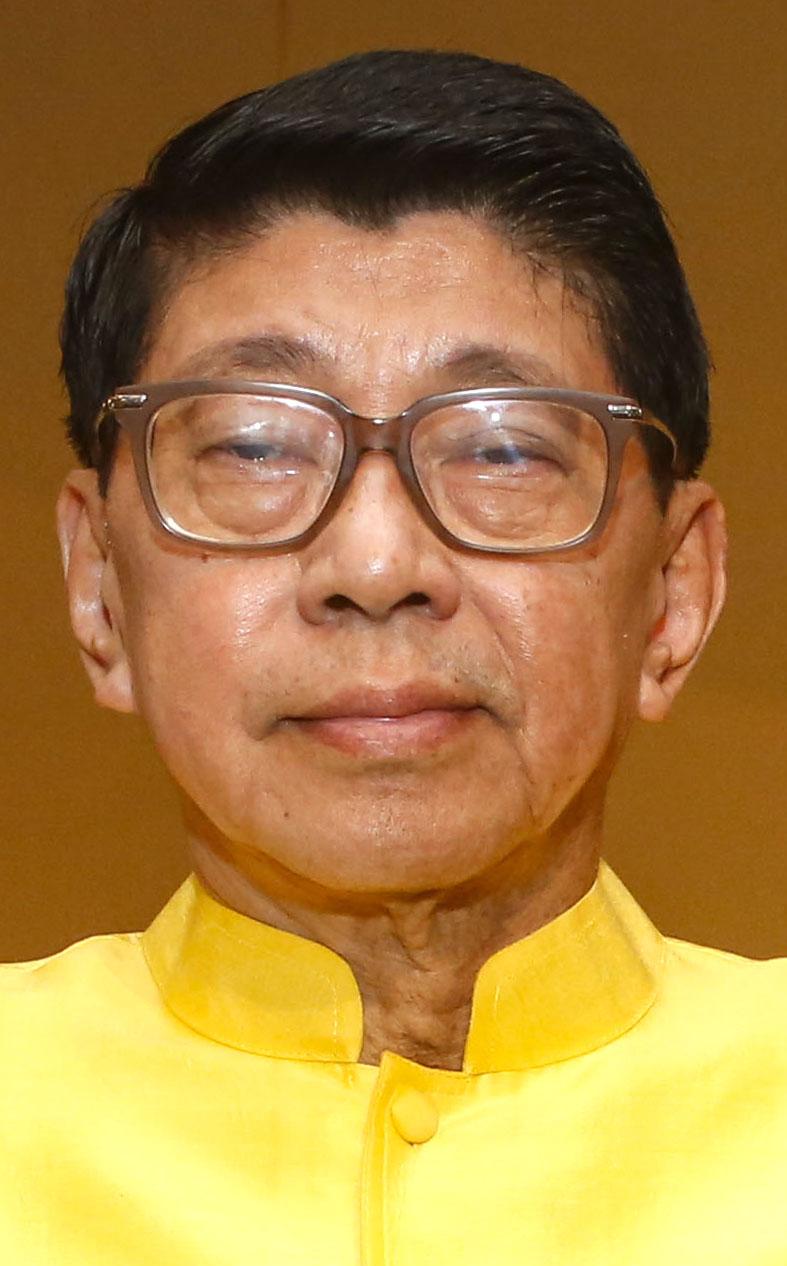 Reputed to be one of the country's brightest legal minds, Mr Wissanu has served in many governments by capitalising on his depth of knowledge of laws and the constitution.

Queries on how essential laws may be interpreted, which pass across his desk, often put him to the test.

Critics say that despite Mr Wissanu having been tagged as a mere "legal servant" in the past, he has been an authoritative figure in affairs concerning the law with an expertise which has cemented his place in the government.

The deputy prime minister's cool, calm and collected disposition has become his hallmark and so when he sounds the alarm, the cabinet takes notice. His latest alert came at the cabinet meeting this week.

In a recent media interview, Mr Wissanu sent out a grim warning to cabinet members who may be thinking about not voting in the tambon administrative organisation (TAO) elections tomorrow.

"I feel obligated to remind fellow cabinet ministers of the need to take themselves to the polling station and cast their ballots at the TAO elections," he said.

At the weekly cabinet meeting, Mr Wissanu warned that giving the polls a miss would cost the cabinet ministers their current jobs in the executive branch.

After reviewing the letter of the law, the deputy premier insisted a no-show at the polls may be tantamount to a political death warrant for ministers.

Immediately, a reporter's curiosity shifted to what might become of Prime Minister Prayut Chan-o-cha if he fails to vote.

As though to avert the issue being politicised, Mr Wissanu proceeded to explain the TAO polls are being held nationwide except in Bangkok which is governed by a special administrative rule and that Gen Prayut is a registered Bangkok resident.

The TAO voting requirement does not apply to cabinet ministers who formally reside in Bangkok and whose names are printed clearly in domicile registration papers.

A source said Gen Prayut has done battle with political opponents almost every day and would not be tripped up easily over a small, technical blunder like the TAO polls.

The source said Gen Prayut's mind may be on the big hurdles ahead of him. What has remained unresolved is the legal query over whether he must leave office in August next year when his tenure, according to the opposition, is due to expire.

The opposition argues that Gen Prayut will have served his maximum term by August next year as he assumed office following the 2014 coup, and that to stay on longer and run in a second election would violate the constitution.

August 2022 marks a crucial, make-or-break period for the prime minister as the opposition looks likely to sit and wait for the month to pass before jumping in and filing a petition with the Constitutional Court over Gen Prayut's eligibility to stay on as prime minister.

Some experts have pointed out that the opposition cannot act by seeking a Constitutional Court ruling before an issue of contention has arisen. In other words, time must be allowed to run its course and if the prime minister overstays his tenure, he will be judged as having committed a constitutional violation and subsequently shown the door.

So far, Mr Wissanu has not spoken publicly to clarify Gen Prayut's tenure issue although the source is convinced he may have prepared a way out for the prime minister should Gen Prayut faces a legal challenge by the opposition.

However, the source said it is anyone's guess if the tenure dispute will ever come up since it has been heavily speculated that a general election may be called before August.

The source agreed that Gen Prayut may be motivated to call a fresh election if and when the government manages to bring the Covid-19 pandemic completely under control through a sustained mass vaccine rollout programme, a target which could be achieved early next year.

As a general election is expected to be called next year, a number of former senators are believed to be tempted to vie for House seats.

Mr Wissanu again has issued caution, saying only those who have left the Senate for more than two years are eligible to enrol as members or executives of a political party ahead of an election.

The deputy prime minister said he would call the Election Commission to inform the poll regulator that it had erred earlier in announcing that a person who had relinquished a Senate seat within two years could be a member of a political party.

Nemesis back to haunt MFP

The Constitutional Court's ruling against three key anti-government protesters could spell trouble for the Move Forward Party (MFP) which stands accused of supporting the youth-led protest movement, according to political observers. 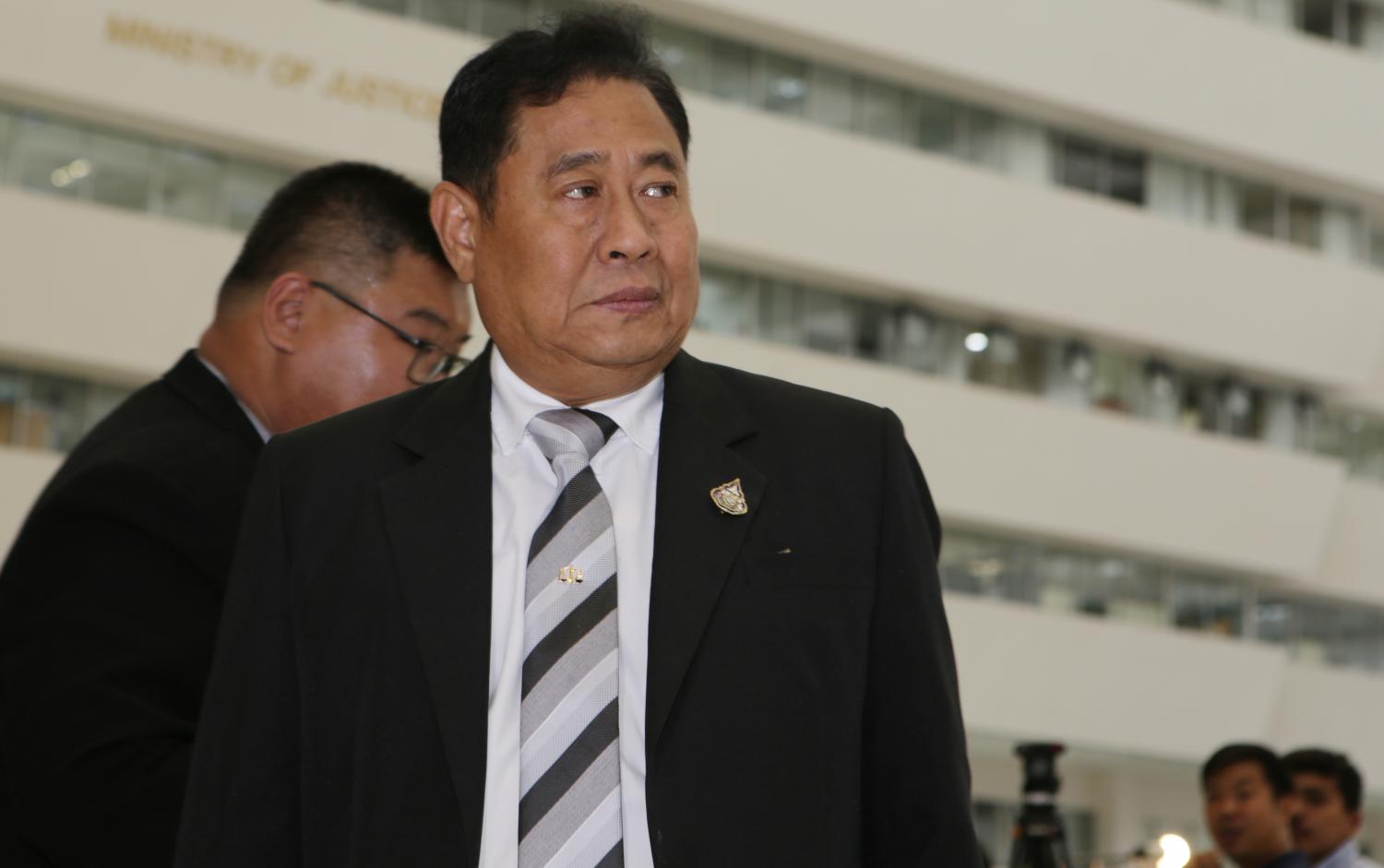 The Nov 10 ruling was in response to a petition lodged by Natthaporn Toprayoon, a lawyer and former adviser to the chief ombudsman, who asked the court to consider if the actions of Arnon Nampa, Panupong Jadnok and Panusaya Sithijirawattanakul violated Section 49 of the constitution.

The section prohibits people from using their rights and freedoms to overthrow the democratic government with the King as head of state.

Their actions were related to a 10-point manifesto involving monarchy reform which was announced at a rally held by the United Front for Thammasat and Demonstration at Thammasat University's Rangsit campus on Aug 10 last year.

In its ruling, the majority of Constitutional Court judges saw the trio's actions as a covert move fuelled by an intention to overthrow the current political system and ordered them and their supporters to stop such activities.

Several observers believe the ruling will provide a legal basis for a move to seek the dissolution of the MFP which is accused of providing support to the youth-led movement.

Mr Natthaporn has already filed a petition with the Election Commission (EC) seeking the dissolution of the MFP, a reincarnation of the Future Forward Party dissolved two years ago over an illegal loan it obtained from its leader Thanathorn Juangroongruangkit.

In his petition, submitted to the poll watchdog in February this year, Mr Natthaporn accuses the second-largest opposition party of violating the Political Party Act by engaging in actions deemed hostile to democracy with the King as head of state.

Mr Natthaporn cites Section 45 as well as articles 2 and 3 in Section 92 of the law.

Section 45 prohibits parties and their executives from encouraging or supporting anyone causing a public disturbance or threatening peace and order.

Article 2 of Section 92 allows the EC to propose the dissolution of a party to the Constitutional Court if it has obtained enough evidence the party has committed an act deemed hostile to a democratic regime with the King as head of state.

Article 3 of the same section allows the EC to forward a dissolution case against a party to the court if there is evidence a party has committed actions prohibited by the law.

Mr Natthaporn believes that the MFP lawmakers have encouraged anti-government protesters by using their position as MPs to bail them out.

Moreover, the MFP has also supported a bill seeking to amend Section 112 of the Criminal Code, also known as the lese majeste law.

Mr Natthaporn had previously sought to bring the MFP's predecessor crashing down too.

In early 2019, he asked the Constitutional Court to dissolve the FFP over the "Illuminati case". The court dismissed his petition citing a lack of evidence, but later dissolved the FFP over the 191.2-million-baht loan it had accepted from Mr Thanathorn.

While some MFP lawmakers are known to voice support for the youth-led protests, some political activists disagree with Mr Natthaporn over the MFP's dissolution.

Chief among them is Srisuwan Janya, secretary-general of the Association for the Protection of the Thai Constitution, who is known to be one of the MFP's staunchest critics.

According to Mr Srisuwan, the interpretation that the Nov 10 ruling could lead to the MFP's dissolution is quite a stretch and he does not see any evidence to link the opposition party to actions deemed to undermine the political system.

MPs using their position to bail out anti-government protesters and supporting proposed amendments to Section 112 is not illegal, he insisted. In his opinion, if MPs cannot propose legal changes, who else can?

"Without Khun Natthaporn having hard evidence to link the opposition party to the allegations, his petition [for the party dissolution] carries no weight. But I don't believe any MPs or party executives have left behind any such evidence," he said.