When it comes to ecological and climate-change issues, pressure is intensifying for solutions. Pratch Rujivanarom recalls five significant events which grabbed headlines this year.

1 Apart from the Covid-19 pandemic, one of the biggest issues of 2021 was the 26th UN Climate Change Conference (COP26), which took place from Oct 31 to Nov 12 in Glasgow, Scotland. World leaders gathered to negotiate new climate actions and update each country's pledges to mitigate global warming.

The conference came at a crucial period for the international community to pursue a net-zero carbon emissions target by 2050 and keep rises in the global mean temperature below 1.5C as per the Paris Agreement.

A recent report by the United Nations Environment Programme (UNEP) warned that humanity has just eight years to reduce annual global greenhouse gas emissions by 55%, or around 28 gigatonnes of CO2 equivalent (GtCO2e).

According to the Intergovernmental Panel on Climate Change (IPCC), keeping the global temperature well below 1.5C is crucial to prevent the impact of extreme climate change.

As Thailand is a party to the Paris Agreement, Prime Minister Gen Prayut Chan-o-cha has led a group of Thai delegates to the COP26 conference.

He announced that Thailand has pledged to reduce greenhouse gas emissions by 20% compared to the business-as-usual (BAU) trajectory by 2030 based upon the country's updated Nationally Determined Contributions (NDCs).

Thailand, he said, also proposed the long-term low greenhouse gas emission development strategies (LT-LEDS) to be the roadmap for the country to achieve net-zero carbon emissions by 2065.

Thailand is ranked ninth on the list of the top 10 countries most affected by climate change by Germanwatch's Global Climate Risk Index 2021. Strengthening the country's climate policies and actions will be one of Thailand's biggest challenges in the years to come. 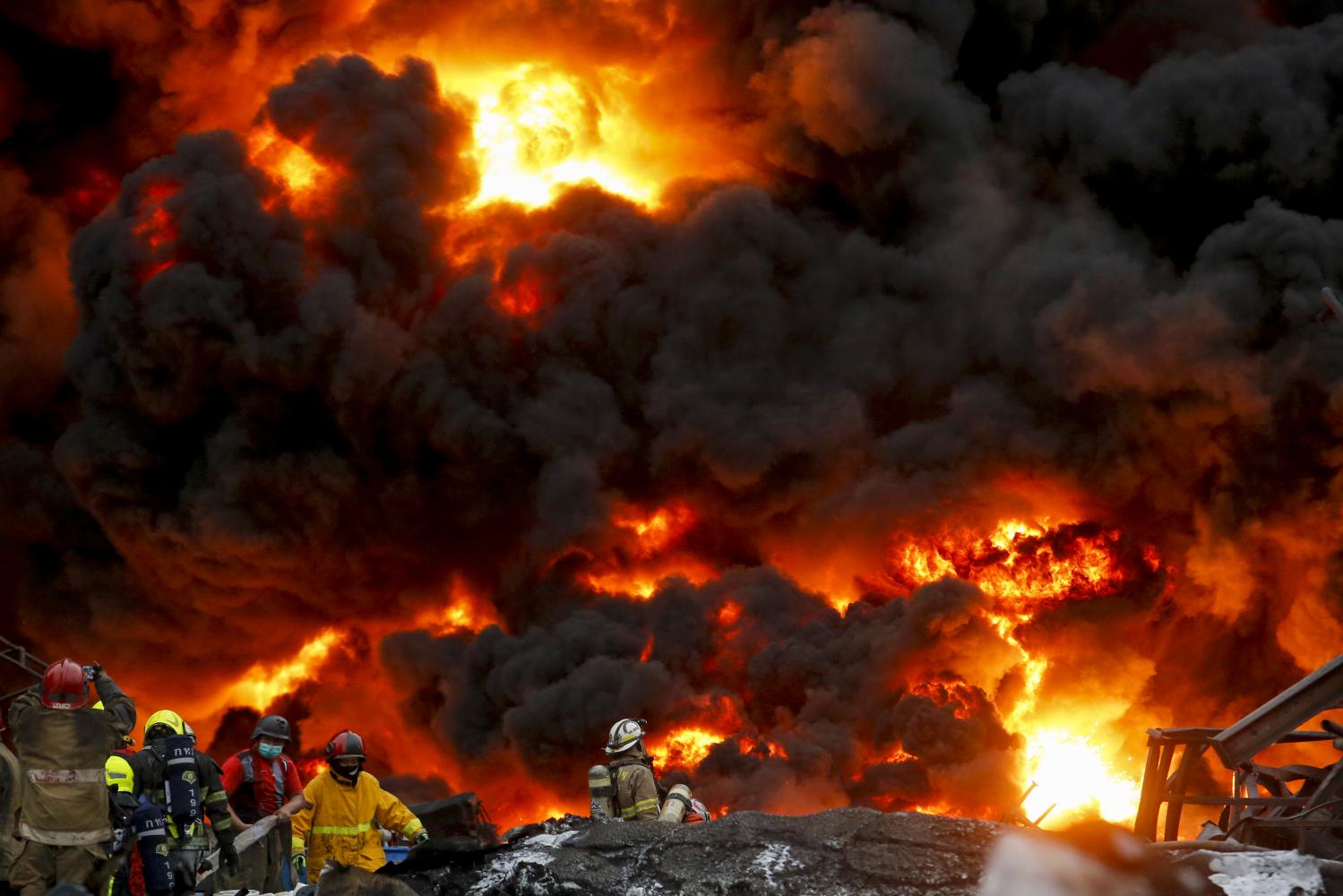 2 Hazardous waste and industrial pollution have long caused environmental problems that have yet to be solved. Despite the economic slowdown due to Covid-19, these problems grew worse this year, causing serious environmental and health impacts in many places across the nation.

The explosion at Ming Dih Chemical Co in Samut Prakan on July 5 was by far the most shocking incident involving a hazardous chemical, as the burning of styrene monomer storage tanks at this expendable-polystyrene production factory caused a blast which killed one firefighter, injured 40 others, and affected more than 80,000 people across four tambons in Bang Phli district.

The explosion also released hazardous chemicals into the environment. Toxic fumes contaminated the air and chemical entered nearby canals.

The tragedy at Ming Dih Chemical Co was just one example of many industrial mishaps. According to Sonthi Kotchawat, an independent environmental expert, at least 28 factory fires were reported in 2021, more than previous years. Many saw harmful chemical leakages into the environment.

Many incidents of illegal industrial waste dumping also occurred. The most significant happened in Lop Buri, where over 300 barrels of chemical and toxic waste were dumped in tambon Di Lang of Phatthana Nikhom district, causing extensive chemical contamination.

Mr Sonthi said the surge of industrial mishaps and illegal industrial waste dumping was partly a result of the lack in investment in safety and environmental protection among industrial operators, because they want to cut costs during Covid-19. Villagers from Songkhla's Chana district gather at Chamai Maruchet Bridge with inflatable marine animals near Government House to protest against the government's plan to build an 18-billion-baht industrial estate on 16,700 rai of land in their coastal community, which is rich in marine resources. (Photo: Apichart Jinakul)

3 Wave after wave of protesters showed up in Bangkok this year to oppose the development of megaprojects in their locality.

They included Chana Rak Thin and Save Nabon, which protested against the Chana industrial park project in Songkhla and Nabon Clean Energy Power Plant in Nakhon Sri Thammarat, respectively. These groups mostly comprised local people who oppose the projects.

The Chana Rak Thin group arrived in Bangkok first and staged a protest from Dec 6-15, as they were upset about the government's unfulfilled promise to halt the Chana industrial park project and conduct a Strategic Environmental Assessment (SEA), promised last year.

The project, overseen by the Southern Border Provincial Administrative Centre, involves a land grab operation, causing villagers to lose their land, they said.

The protesters also argued that public participation and an Environmental Impact Assessment (EIA) had been left out of the consideration process.

The Save Nabon protest, which followed in Bangkok shortly after Dec 18-24, said they share similar concerns to the Chana Rak Thin group, as a new biomass power plant project, the Nabon Clean Energy Power Plant, proposed in Nabon district of Nakhon Sri Thammarat, stood to be approved without proper public participation or an EIA study.

The group also demanded the government conduct an SEA study in the area.

Despite a police crackdown and legal charges brought during their protest, the movements were successful, with the government agreeing to their demands.

Protests also arose during the year against the Yuam Water Diversion Project in the North and breakwater construction over many beaches in coastal provinces. 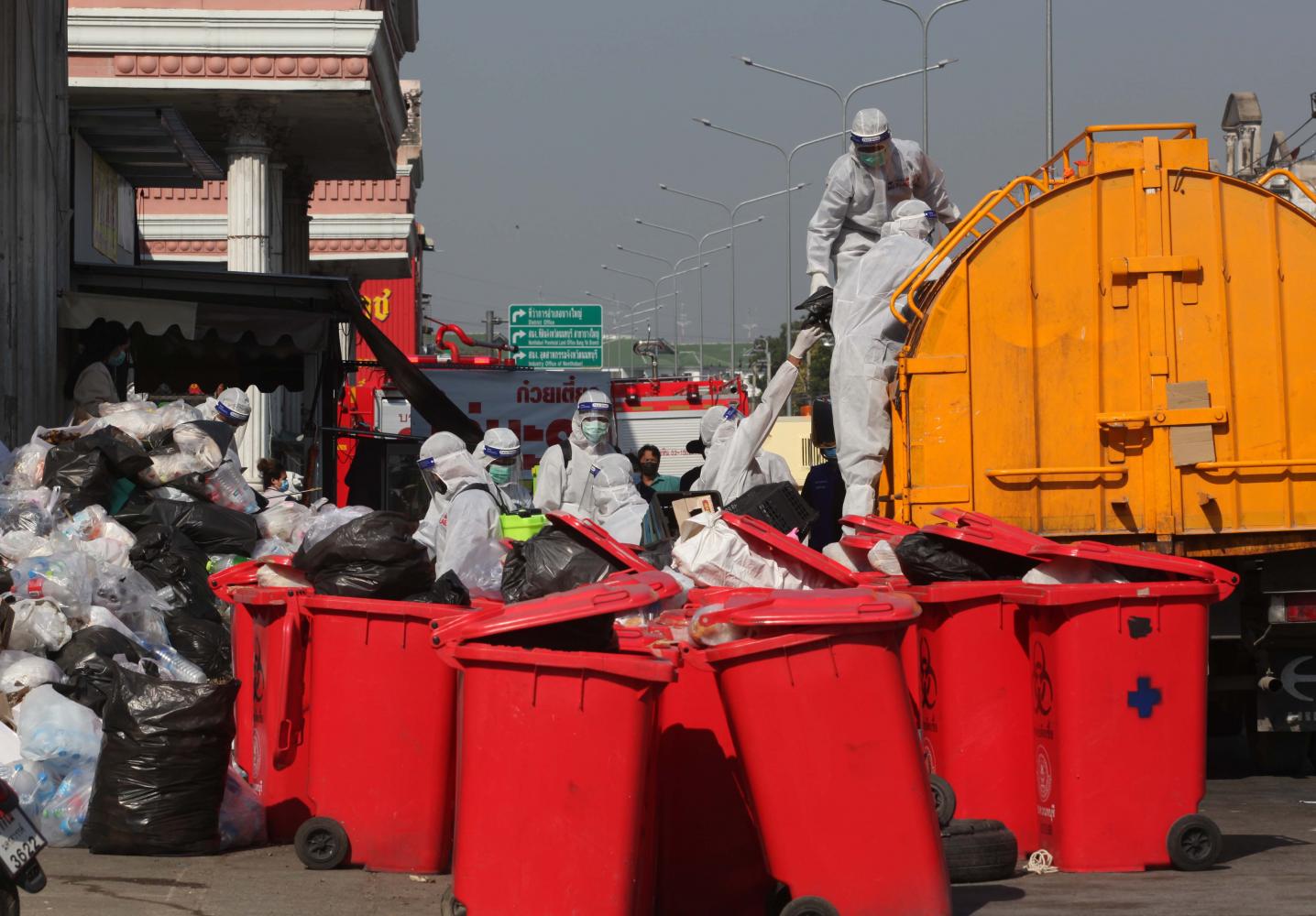 4 Despite waste management being a government-decreed national agenda item since August 2014, many aspects of the waste problem, especially infectious medical waste and plastic waste, are not just unsolved -- they are getting worse.

The Covid-19 pandemic was one of the major factors behind the surge of plastic and infectious waste, as the prevention and treatment of Covid-19 contributed to much higher consumption of single-use plastic and medical equipment such as face masks, medical gloves, and syringes.

According to the Kasikorn Research Center, the amount of infectious waste generated in 2021 is expected to reach 61.3 million kilogrammes, or nearly double the amount in 2019.

State agencies have come up with a solution by allowing the leftover infectious waste to be incinerated in private industrial waste incinerators.

However, the problem doesn't end there.

However, the government in September decided to extend the deadline for a ban on plastic waste imports until 2026.

This decision met with strong opposition from the domestic plastic collection and recycling businesses, not to mention environmentalists.

They warned that by allowing plastic waste imports to carry on, Thais would be put at risk from harmful health and environmental impacts. It would also disrupt the domestic plastic waste market and harm the recycling industry. 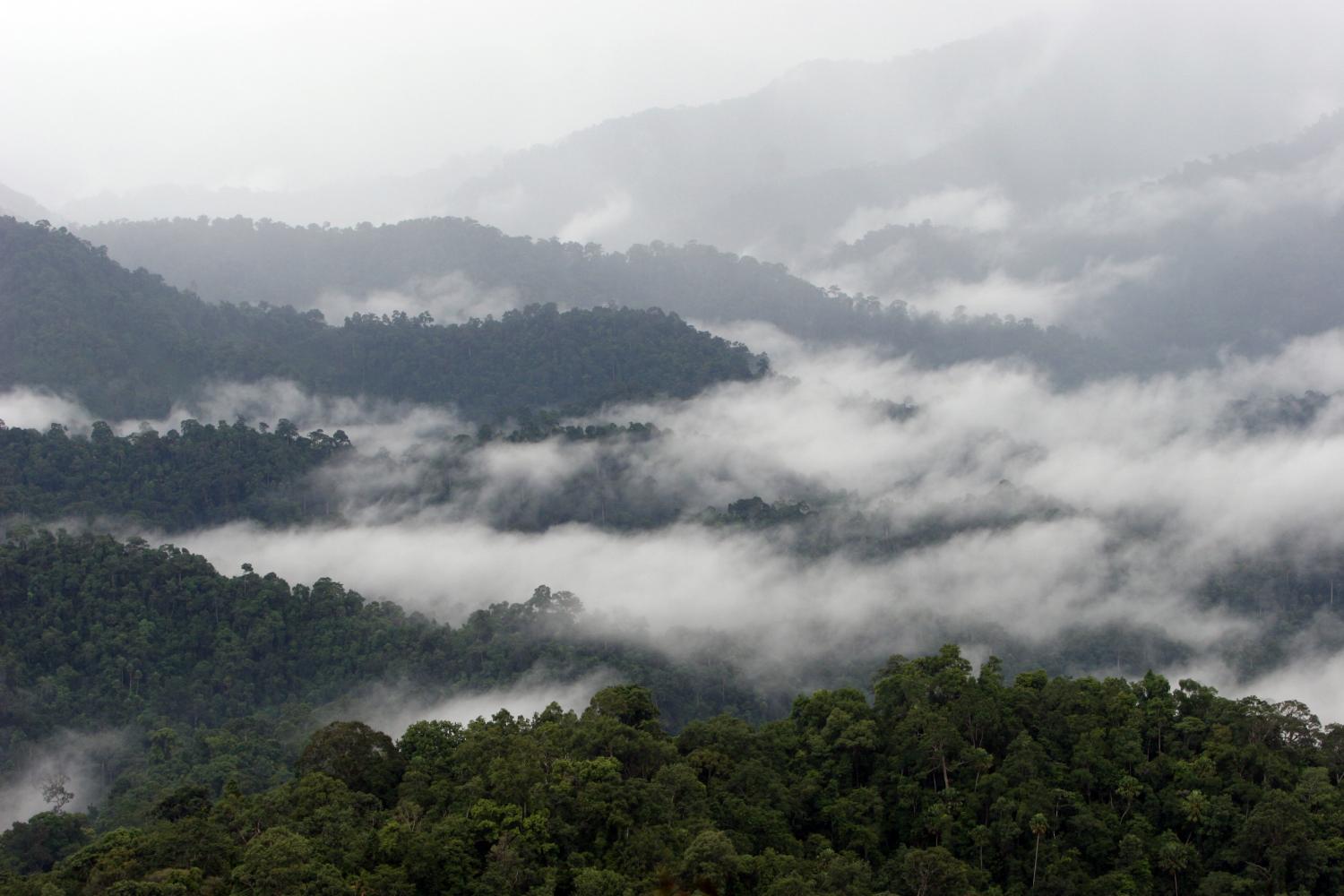 Kaeng Krachan was recognised by the World Heritage Committee for its unique bio-diversity. (Photo: Tawatchai Kemgumnerd)

5 After spending almost six years trying to nominate the Kaeng Krachan Forest Complex for a World Heritage listing, the World Heritage Committee (WHC)'s decision in July to recognise the complex was welcome news for the government.

Situated on a large pristine path of forestland in western Thailand, Kaeng Krachan Forest Complex, the WHC agreed, has such great diversity of unique flora and fauna that it meets its criteria of "universal outstanding value".

Minister of Natural Resources and Environment Varawut Silpa-archa expressed his appreciation, saying the move marked the beginning of stronger efforts to protect and preserve the forest complex.

However, the indigenous Karen villagers of Ban Bang Kloy in the park viewed the status upgrade of their forest with great concern.

For over a decade, the Karen villagers have been locked in conflict with the park over their rights to live and retain their traditional way of life there, a battle which has resulted in the forced relocation of the villagers and the enforced disappearance of leading Karen activist Porlajee "Billy" Rakchongcharoen.

Despite their ancestors having lived in the Kaeng Krachan Forest Complex for many generations, the Karen villagers worried that with the declaration of World Heritage status, the park may impose stricter rules to further limit their communal rights.

They have urged the government to recognise the Karen people's rights for a say in solving the conflict.