EC draws up 400 seats for next poll
Thailand
Politics

EC draws up 400 seats for next poll

The Election Commission (EC) has finished drawing up 400 constituencies across the country for the next general election, with Bangkok allocated the most seats at 33.

The EC sent out urgent letters dated Feb 1 to provincial election offices, informing them of the 400 newly demarcated constituencies, according to an EC source.

The letter, signed by acting EC secretary-general, Kittipong Boriboon, was to have them prepare essential groundwork for future elections which have switched from a single-ballot to a dual-ballot system.

The two ballots are for choosing a constituency candidate and the party of the voter's choice. The constituencies were drawn up using the latest population figures. The population update was announced in the Royal Gazette on Jan 18.

The EC has calculated the number of MPs based on criteria set out by Section 86 of the constitution. The charter was amended last year to reflect the dual-ballot election method. 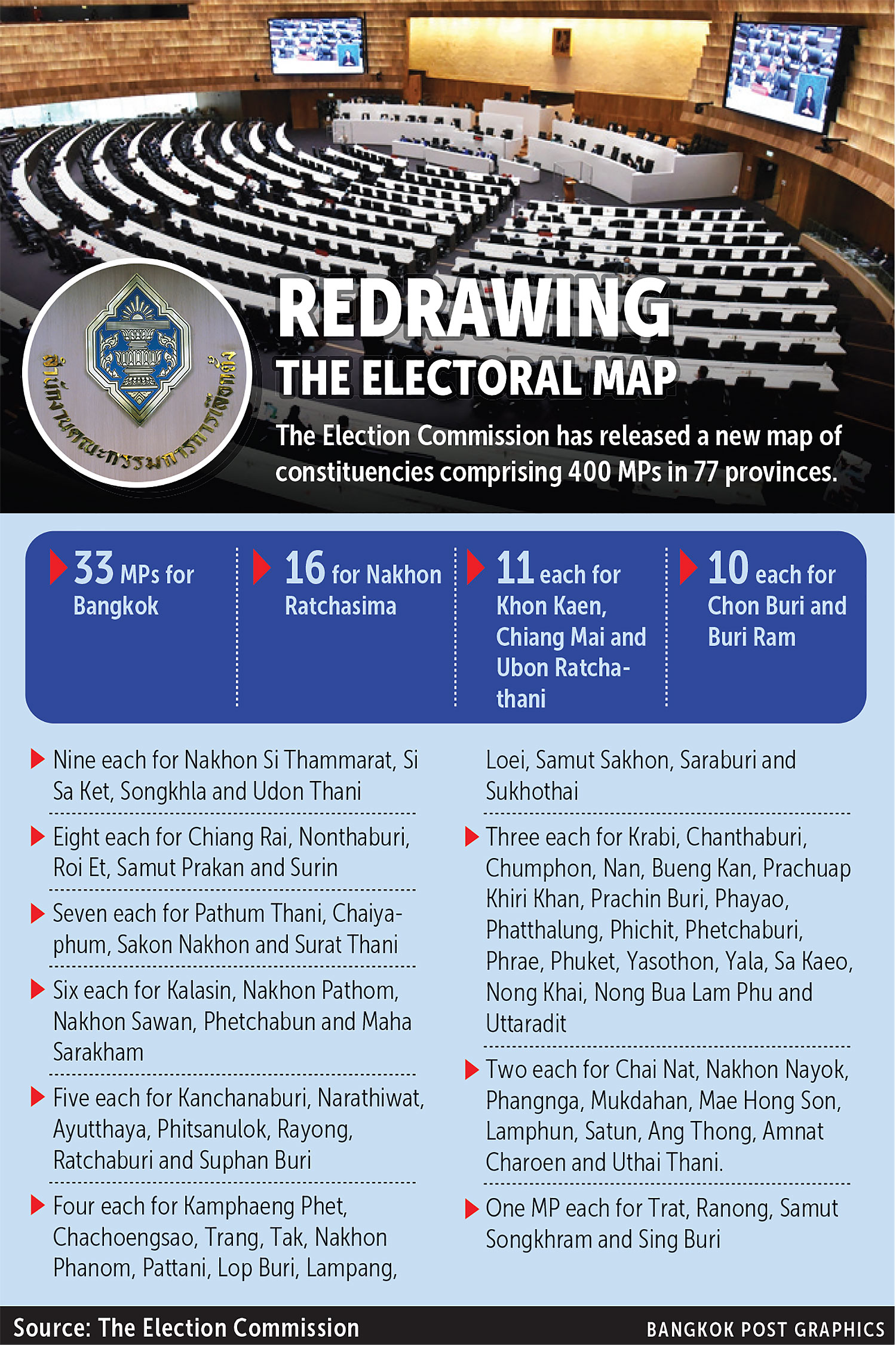 The Bureau of Registration Administration's latest update put the population at 66.1 million, which works out to be 165,428 people per MP. Bangkok's 33 MPs are followed in order of most by 16 for Nakhon Ratchasima and 11 each for Khon Kaen, Chiang Mai and Ubon Ratchathani; 10 each for Chon Buri and Buri Ram; nine each for Nakhon Si Thammarat, Si Sa Ket, Songkhla and Udon Thani; and eight each for Chiang Rai, Nonthaburi, Roi Et, Samut Prakan and Surin. Trat, Ranong, Samut Songkhram and Sing Buri have the least number of seats with one each.

The source said the latest figures are valid for a general election held this year. This is because population updates are done annually at the end of December and the figures remain valid until the next update the following year.

The constituencies were demarcated in parallel to amendments being pursued in parliament for two bills -- one on the election of MPs and the other on parties. The bills were rewritten to accommodate the dual-ballot system.