Academics believe the emergence of Ruam Thai Sang Chart, the party which has pledged to nominate Prime Minister Prayut Chan-o-cha as a candidate for the same role in the next election, indicates there's a rift within the ruling Palang Pracharath Party (PPRP).

Seksakol Atthawong, a close aide of the PM who joined the party after resigning from the PPRP, previously said Ruam Thai Sang Chart will announce its board next month and that it will be joined by high-profile politicians.

The party was set up to support Gen Prayut carrying on as premier after the next election, Mr Seksakol said, adding he did not want anyone in the PPRP to pressure the PM for their own political gain.

He said the political situation is increasingly volatile, with the risk of an early House dissolution as a result of internal rifts within the coalition government and the repeated lack of a quorum leading to the cancellation of recent House sessions.

Ruam Thai Sang Chart (Uniting Thais to Build the Nation) first received public attention early last year, after claims surfaced that the party was set up as an alternative to the PPRP, should it encounter legal troubles.

Mr Seksakol also admitted the party is a backup plan in case the PPRP chooses to nominate another PM candidate in the next election, in light of the plot to topple Gen Prayut as PM in last September's censure debate and continued attempts to pressure him by MPs.

Phichai Ratnatilaka Na Bhuket, an academic with the National Institute of Development Administration, told the Bangkok Post the latest political development shows the PPRP is plagued with internal rifts.

"Even party members are not confident they will be able to gain victory and retain the status of the ruling party after the next election," he said.

Ruam Thai Sang Chart is also expected to draw some PPRP members who support Gen Prayut to its fold as they are now beginning to feel there is no guarantee the PPRP will back Gen Prayut as PM in the next poll, Mr Phichai said.

"The party will serve as another option for Gen Prayut. But it is still unclear whether Gen Prayut will want to pursue a political career.

"If he thinks he stands little chance of making a comeback as prime minister in the next election, he may decide to wash his hands of politics after the poll," he said. 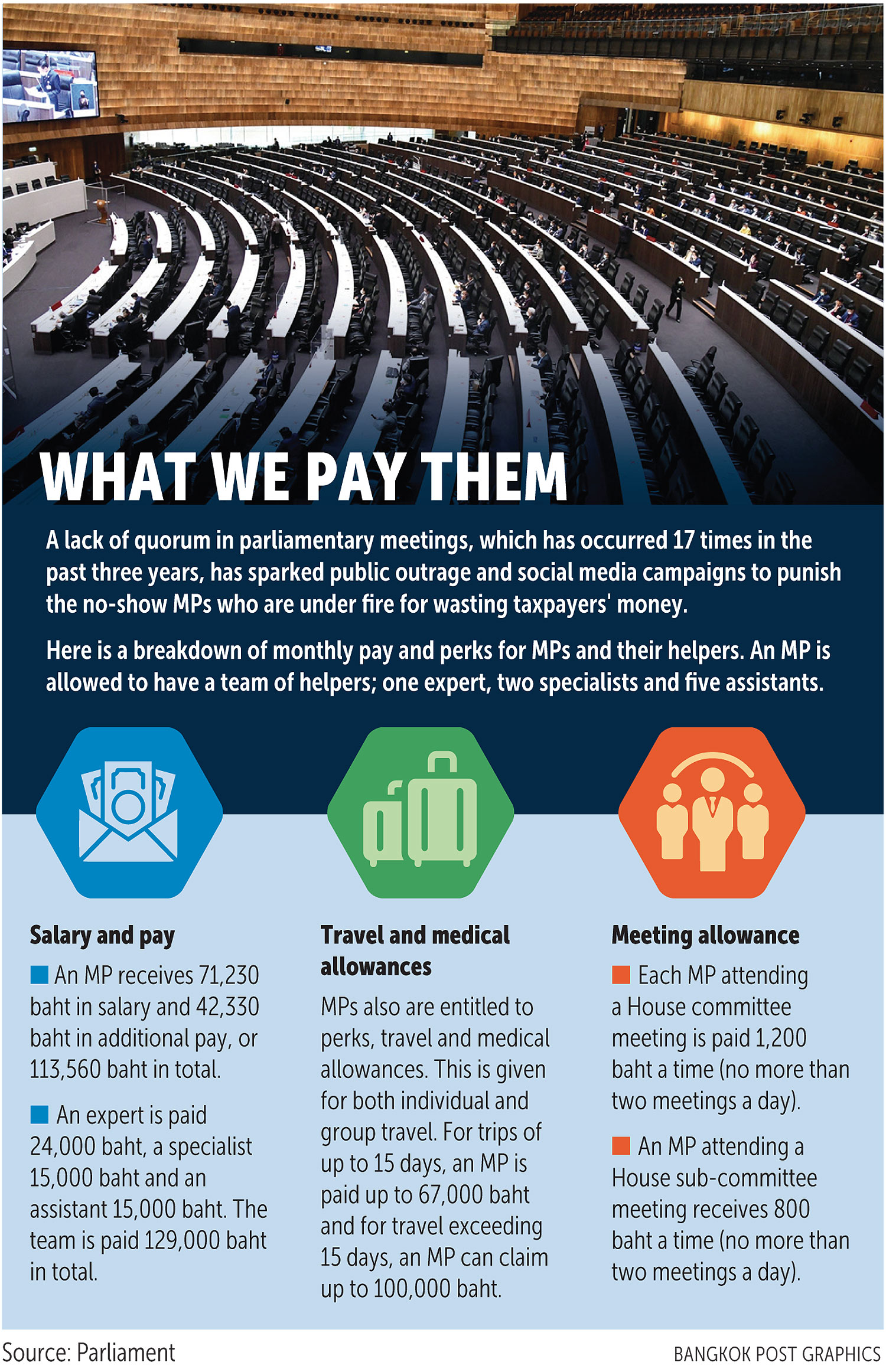 Jade Donavanik, former adviser to the Constitution Drafting Committee and dean of the faculty of law at Dhurakij Pundit University, told the Bangkok Post the creation of new parties and defections of MPs are normal practices whenever an election approaches.

Such emerging parties see themselves as fresh alternatives to existing ones and hope to win a substantial number of House seats, Mr Jade said.

"They can do this because many voters don't regard the continuity of political parties as important.

"They tend to support their preferred politicians rather than focusing on party ideology.

"So, when those politicians defect to other parties, their supporters will come along," Mr Jade said.

Asked about Ruam Thai Sang Chart, Mr Jade said the party is seen to be part of efforts to help Gen Prayut out of any sticky political situations.

However, he said some believed it was unlikely that the PM would join the new party because his bond with PPRP leader Prawit Wongsuown remains unbreakable.

The new party is just seen as an option and a guarantee that the PM will be nominated for the same role in the next poll, Mr Jade said.

Meanwhile, Deputy Prime Minister Anutin Charnvirakul, leader of the Bhumjaithai Party, on Friday assured Gen Prayut that he could gather enough MPs' support to ensure the PM and the coalition government can carry on until the end of its tenure in March next year, a source said.

During the meeting, Gen Prayut asked Mr Anutin to affirm his continuing support for him and the coalition as rumours of a rift continued to circulate.

Gen Prayut also expressed concern that he did not have many options left in the face of the current political situation, the source said.

Mr Anutin then reassured the PM that he will be able to stay on until the end of his tenure, the source said.

Mr Anutin also said he will ensure at least 260 MPs will vote in support of the PM in any future no-confidence motions, the source said.

The source said Mr Anutin then showed Gen Prayut a list of MPs who had promised to rally behind the PM.

"Don't worry about the MP numbers. If there is a no-confidence debate, the opposition will gather less than half of the numbers required and the support for the prime minister will be no less than 260 MPs," the source quoted Mr Anutin as saying.