Prime Minister Prayut Chan-o-cha has brushed aside a Bhumjaithai member's threat that the party will leave the coalition, if the government refuses to support the bill promoting cannabis as a cash crop.

Gen Prayut said on Monday that the government is doing everything in its power to have the bill debated in parliament.

"We're taking all the necessary steps to push the bill through. If the government did not support the bill, it wouldn't be where it is now," the prime minister said.

The bill initiated by Bhumjaithai will see the cannabis plant recognised as a cash crop with medicinal and economic benefits.

Two weeks ago, House Speaker Chuan Leekpai said that the bill must be endorsed by the prime minister before it can be deliberated in parliament, since it contains clauses that concern state finances.

At a forum on the development of cannabis-based products in Nakhon Phanom province on Sunday, Deputy House Speaker Bh, who is a prominent Bhumjaithai member, said his party will withdraw from the coalition, if the government refuses to back the bill.

When asked to respond to Mr Supachai's threat, Gen Prayut said, "Who was that threat meant for? Me?", before saying people should "take it easy" on the political talk.

Public Health Minister and Bhumjaithai leader Anutin Charnvirakul said he had no problem with Mr Supachai's comment but noted that it may have gone overboard.

"No one should be too concerned about the bill," said Mr Anutin.

The legislation got off to a fine start as many MPs from the both the government and opposition blocs had pledged to support it, he added. 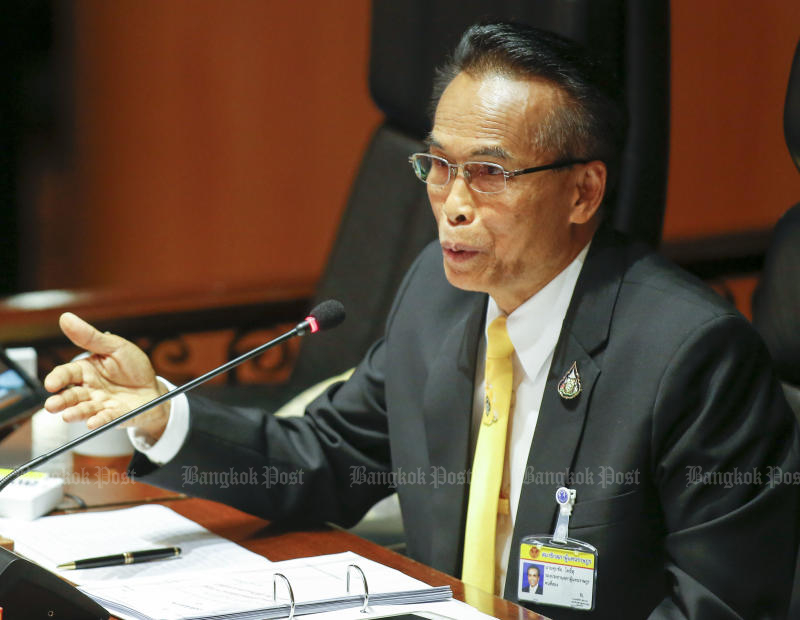 The government arranged for some racers in the MotoGP 2022 World Championship in Buri Ram this weekend to try their hand at Muay Thai, and will screen it worldwide in a grand tourism promotion.

Indonesia’s central bank is seeking to reduce the country’s reliance on the US dollar, with plans to allow domestic transactions of non-deliverable forward contracts (NDFs) in other currencies and to strike more agreements on local-currency settlement.

Five senior police on Koh Samui have been transferred over two criminal cases under investigation on the island - the extortion of a Russian couple and misconduct by an officer who allegdly demanded sex with a woman in return for the release of her arrested husband.