Rows of lounge chairs stand empty along a stretch of Naklua beach in Pattaya in December as fears persisted over the Covid pandemic. (Photo by Sarot Meksophawannakul)

PATTAYA: This resort city is becoming a political battleground, with at least two candidates seeking to dethrone its longtime mayor in May.

Pattaya residents will go to the polls for the first time in nine years to choose a mayor and 24 councillors on May 22, the same day as the gubernatorial election in Bangkok.

Pattaya is ruled by Mayor Sonthaya Kunplome and his We Love Pattaya group. He has kept his rivals guessing as to whether he will compete in the local elections, amid speculation that he plans to hand over the candidacy of the faction to Poramase Ngampiches.

Culture Minister Itthipol Kunplome said on March 11 that he expected his elder brother to seek another term. But Mr Sonthaya on Friday offered no clues, though he praised Mr Poramase, saying his qualifications were fit for the top position in the city.

“He has experience and is well qualified. He is capable of coordinating the local administration of Pattaya and the central government,” the incumbent mayor said. 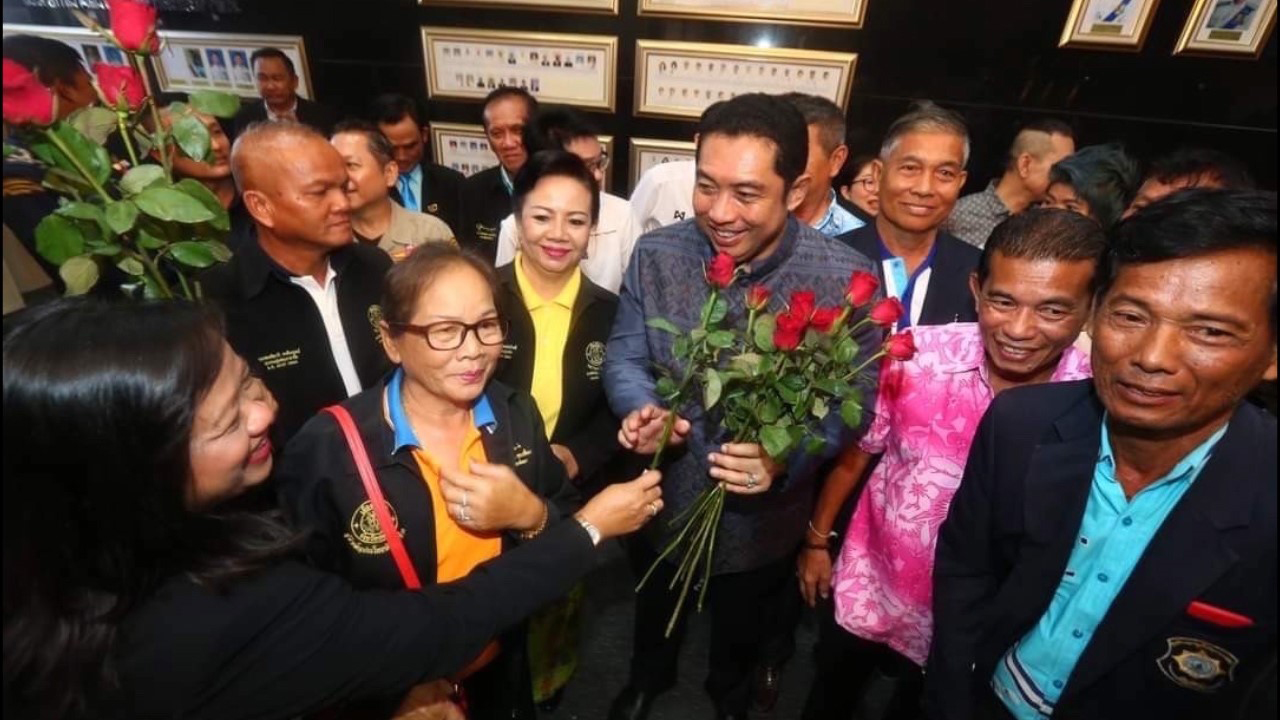 Supporters surround Pattaya Mayor Sonthaya Kunplome, who is part of a dynasty that has dominated Chon Buri politics for decades. (Photo by Chaiyot Pupattanapong)

Mr Poramase is the vice culture minister, an appointed advisory position. He lost the general election in Chon Buri in 2019 when he ran as a member of the Palang Chon faction under the Palang Pracharath Party banner.

The Pattaya mayor is reportedly considering a plan to re-engineer Palang Chon to regain popularity in the next national polls, after it failed to sweep all the constituencies in Chon Buri, including Mr Itthipol who was shockingly defeated.

Itthipol and Sonthaya are sons of the Chon Buri godfather and convicted murderer Somchai “Kamnan Poh” Khunplome, who died in 2019. The family has had a tight grip on political affairs in the province for decades. Two other brothers also hold political posts: Narongchai is the mayor of Saen Suk municipality and Withaya is the president of the Chon Buri provincial administration organisation.

At least two groups — Pattaya Future and Pattaya Ruamjai — have decided to challenge Mr Sonthaya on May 22.

The Progressive Movement on Monday announced that it would back Kittisak Nilwattanathochai of Pattaya Future.

Pattaya Ruamjai, led by former mayor Nirun Wattanasartsathorn, will officially name his younger brother Sinthachai as its candidate next Wednesday.

Another potential candidate is former Bang Lamung district chief Sakchai Tanghoh, who posted a message on his Facebook account last month showing his intention to take part in the city polls with the #pattayamayor hashtag. 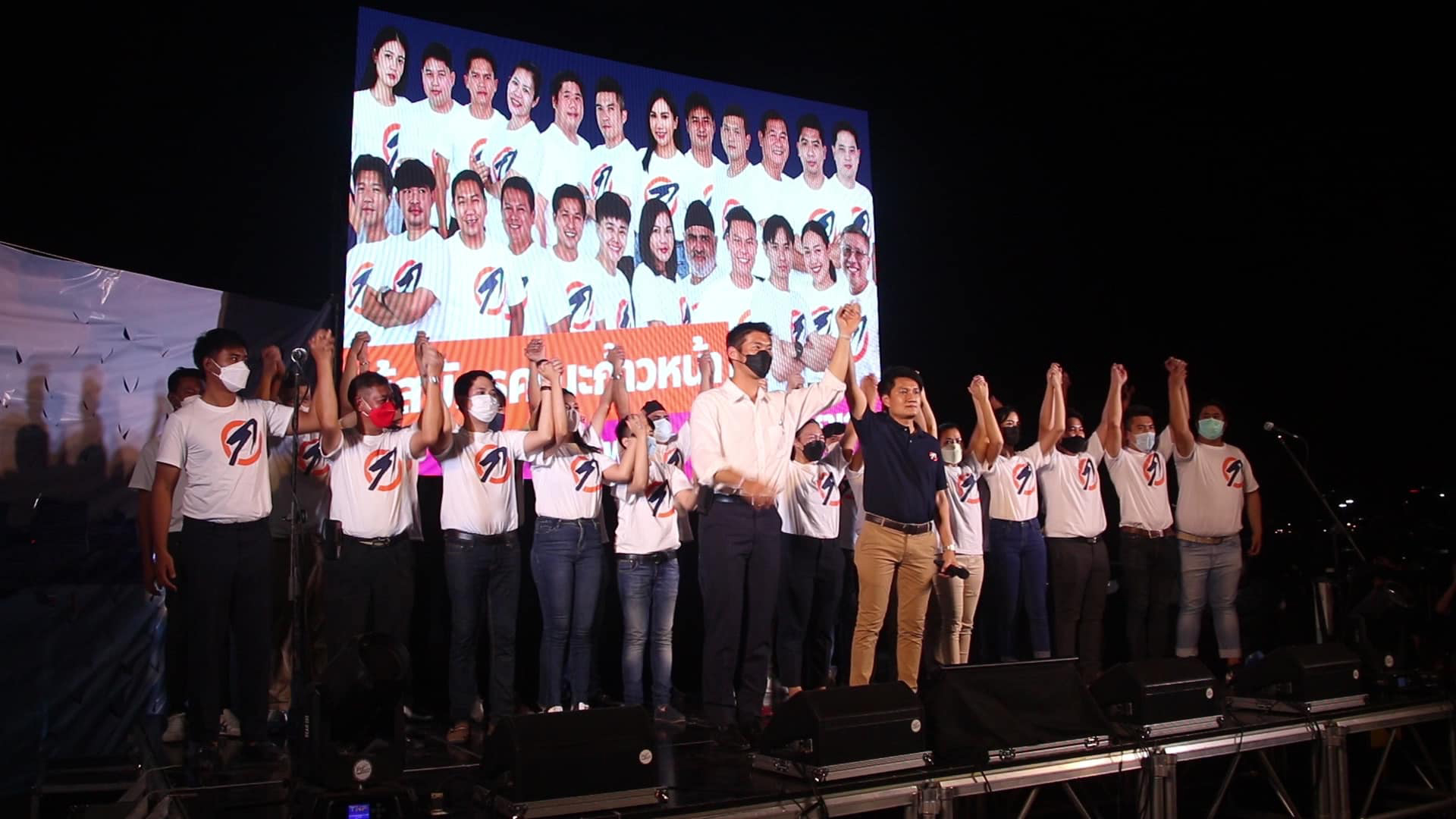 Mr Kittisak and Mr Sinthachai criticised the incumbent Pattaya mayor and his administration for their inability to bring life back to the tourism sector and economy of the city after it was pummeled by the Covid-19 outbreak. Both have also positioned themselves as native candidates born and raised in Pattaya.

“Our Pattaya, which once was a city that never slept, has been almost dead over the past two years due to the Covid crisis,” Mr Kittisak said on the group’s Facebook page last week.

He blamed the mayor for misdirecting the budget into “failed megaprojects” instead of channelling the money to help city residents affected by the pandemic.

Mr Sinthachai, a former president of the Pattaya Bussiness and Tourism Association, said on Thursday that many businesses in the city had already collapsed. “There is not a single drop of water left. Everybody is dying,” he said.

Mr Sonthaya said his team had plenty to show for the development of Pattaya and that We Love Pattaya had the experience to move the city to another level.

“Pattaya is a strategic city that needs a professional, not local, team to administer to serve government policy based on the national economic and social development plan,” he said.