Trairong says Dem members should work out disagreements, not resign

Democrat Party veteran Trairong Suwankhiri on Saturday voiced concern about recent resignations after several members confided in him regarding the party's management. 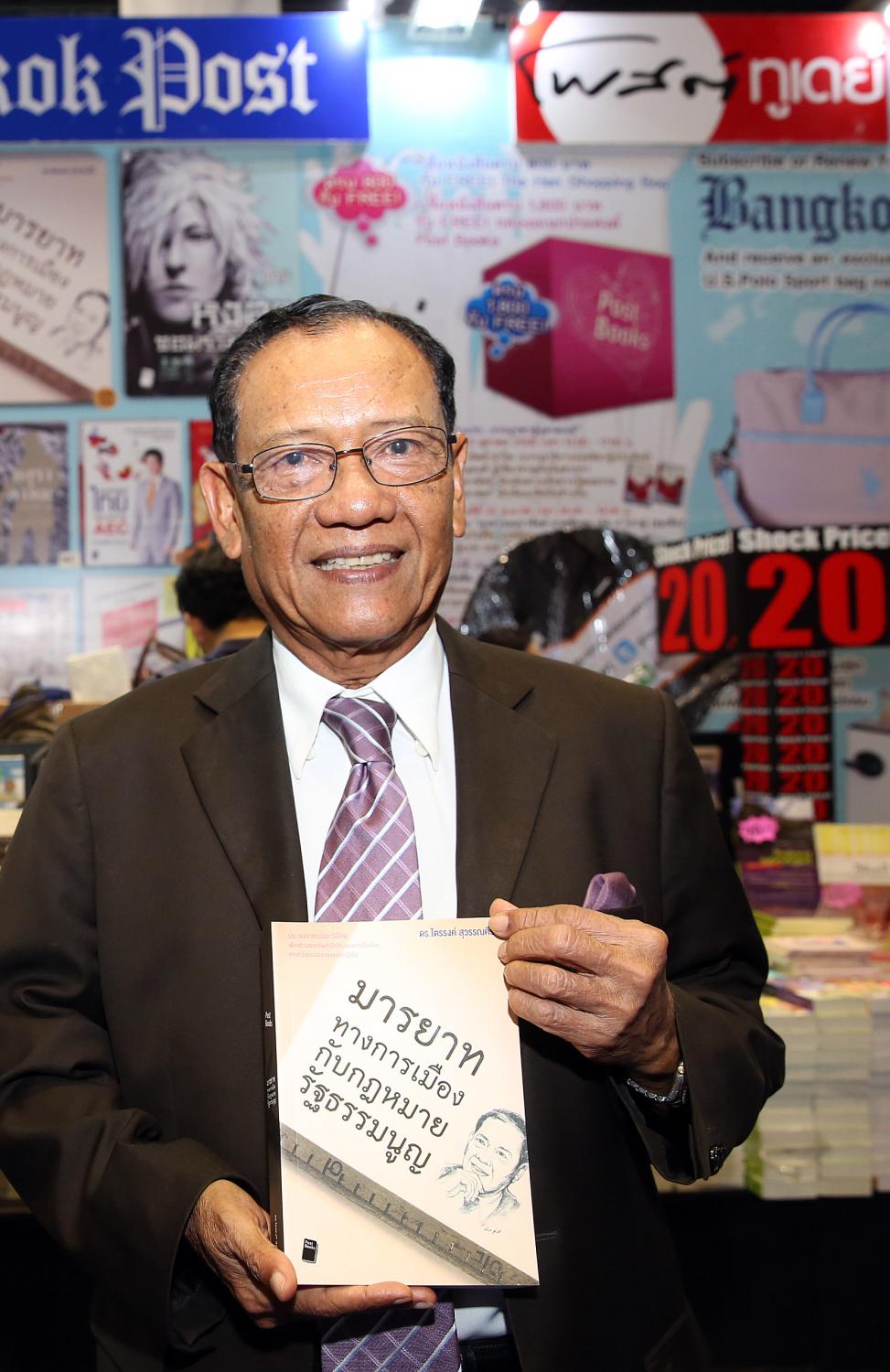 Mr Trairong, economic affairs adviser to the Democrat Party leader, was giving a lecture at a party seminar for MPs in Chiang Mai when he discussed reasons behind the resignations of party members.

"Several people have resigned from the party recently. Some paid me a visit while the others phoned. I could tell they felt they were insignificant and that the party was narrow-minded and paid attention only to those close to Mr Jurin.

"Some felt there were others pulling the strings under the leadership of Mr Jurin and Mr Abhisit. That's what I heard and it may not be true. But it is what those people felt," he said.

However, Mr Trairong said that leaving the party should not be an option for Democrats and they should be steadfast and try to work out all problems.

He said the party should see these disagreements as a way to improve the party, which was founded and thrives on a range of ideologies. Citing former party leader M R Seni Pramoj, he said a political party without ideologies would collapse.

It was reported that several politicians in the Northeast and South quit out of disappointment because the party refused to field them as election candidates and opted for those with ties to the party leader.

Mr Jurin on Saturday declined to comment about possible reasons behind the resignations of the party members.

"As the party leader I shouldn't make comments. It's not always the party's fault and everyone has his own reasons and conditions that we respect," he said.

Those who remained with the party must carry on and stand firm on the party's ideologies, he said.

Mr Jurin insisted that all party members were equally important, but as far as elections were concerned the party could only choose one candidate per constituency.

He said the party had a plan for those who were not selected to contest the constituency system and that they could become party-list candidates or assume political positions later.

According to the Democrat leader, several potential candidates have expressed interest in contesting the next polls under the party's banner.

Narapat Kaewthong, the Democrat Party's deputy leader in charge of the northern region, yesterday held a press conference with a group of former MPs in the region to confirm their loyalty.

He said the party members visited residents and found they were satisfied with the party's income-guarantee schemes.

Supachai Panitchpakdi, former director-general of the World Trade Organisation, is scheduled to give a special lecture on the Thai economy and global economic outlook.