Pol Gen Aswin, appointed by the National Council for Peace and Order (NCPO) as city governor in October 2016, was among 20 candidates who applied to contest the election.

"How did it have anything to do with me? You tend to make this kind of analysis," said Gen Prayut. "So, I can't go anywhere, only to Government House then?" 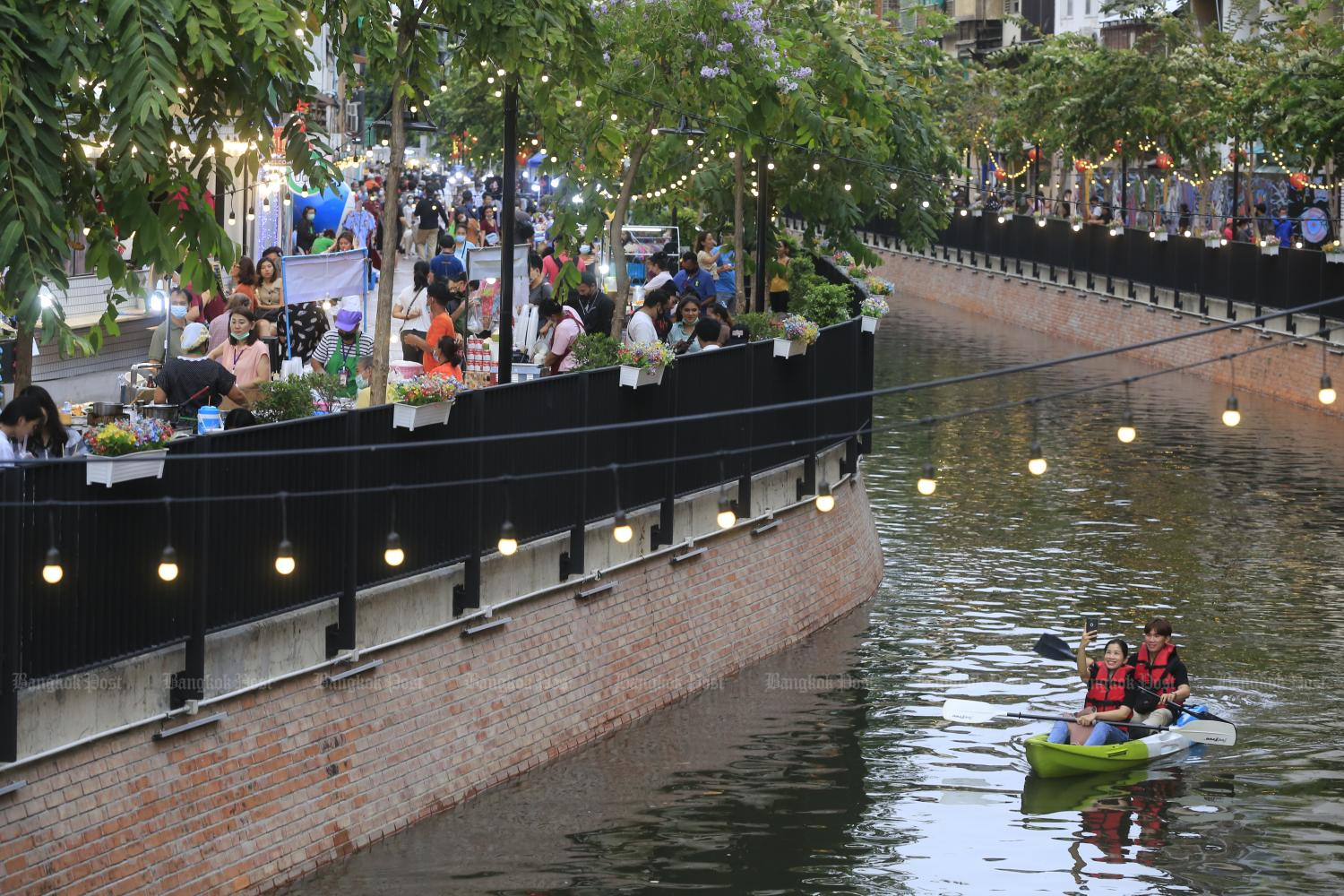 Gen Prayut said that revitalising the city's canals was one of the government's policies and added he wished that Bangkok governor candidates could implement their policies after being elected.

Gen Prayut also urged voters to choose pragmatism, which likewise coincided with Gen Aswin's remarks that he was a doer.

The ex-governor had cited the Klong Ong Ang canal renovation scheme, which won a 2020 United Nations Human Settlements Programme (UN-Habitat) Asian Townscape Award, as one of his achievements.

Chaithawat Tulathon, secretary-general of the Move Forward Party (MFP), said the prime minister made a strong indication about the candidate he was supporting.

He said city residents would have to decide if they wanted a governor who has close connections with the current national government.

However, Apichai Techa-ubon, a Palang Pracharath Party election director, denied that Gen Prayut's visit had nothing to do with the upcoming local elections.

He added that while the Palang Pracharath Party wasn't contesting the Bangkok gubernatorial election, it was fielding candidates in the election for the Bangkok city council.

For his part, Pol Gen Aswin, who is running as an independent candidate, said yesterday he would continue with existing projects and policies.