Ruam Thai United Party has issued a statement revealing one of the alleged sexual assault victims of a former prominent member of the Democrat Party is its own Bangkok Metropolitan Council candidate.

The party underlined in the statement that it could not stand idle against any form of sexual violation and highlighted the difficulty many victims face in disclosing their ordeal. It has called for justice to prevail and urged the public to keep a close eye on this case.

On Thursday evening, Ms Hathairat filed her charges at Lumphini police station, stating she decided to come forward in the hope it would embolden other victims of the accused politician to follow suit.

In her report to police, Ms Hathairat detailed that she had scheduled a business discussion with the individual at a restaurant he claimed to own where he also kept a nearby office. However, upon arriving at the location, she found it to be a Sukhumvit area condominium where the accused immediately blocked her escape and sexually assaulted her.

She noted that since the incident, the individual had never directly threatened her but would note his status on occasion to intimidate her from seeking legal action. After learning of other possible victims, Ms Hathairat decided she could no longer keep silent.

In a personal Facebook post made after the filing, Ms Hathairat wrote “Today, I gathered all of my courage to file charges with the police”. She admitted that she was “intimidated by the influence” of the individual but pointed out that after seeing the news of other victims she wished to “confirm that the claims made by others are true and all of the counterclaims made by the politician are false”. The post ended with a message of support to all other victims and the hashtag “metoo”.

While the perpetrator has yet to be clearly named, Prinn Panitchpakdi stepped down as deputy leader of the Democrat Party on 15 April, voicing denial he had sexually harassed an 18-year-old student who made the first accusations. He is the son of Supachai Panitchpakdi, former deputy prime minister and former director-general of the World Trade Organization. 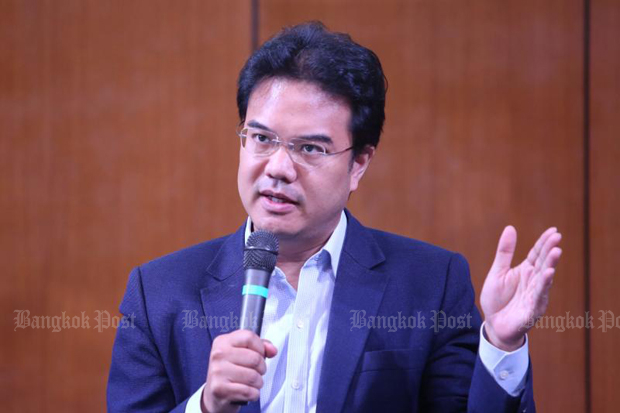 Prinn Panitchpakdi speaks at an e-commerce seminar on March 19, 2021. He resigned suddenly from the Democrat Party on Thursday. (Photo: Pattarapong Chatpattarasill)

The governor of Petchabun warns tourists of possible landslides on Phu Thap Boek mountain after a mudslide hit a minor road and a 20m crack appeared in the highway.

The Sustainability Expo 2022 (SX 2022), one of the largest sustainability events in Southeast Asia, is taking place at the newly renovated Queen Sirikit National Convention Centre (QSNCC) in Bangkok. Open from Tuesday to Sunday, from 10am to 9pm, the expo has the theme of "Sufficiency for Sustainability". Exhibits from international and domestic organisations are divided into four zones: "Sufficiency Economy Philosophy & Inspiration", "Better Me", "Better Living" and "Better Community". (Photos: Bangkok Post)