He immediately announced the party would nominate former deputy prime minister Somkid Jatusripitak as its candidate for prime minister at the coming general election.

Sarng Anacot Thai (Building Thailand's Future) had its annual general meeting in Nonthaburi on Wednesday and members elected Mr Uttama as its leader.

Earlier he had been the industry, technology and finance minister of Gen Prayut's government and was also leader of the coalition-core Palang Pracharath Party until recently succeeded by Deputy Prime Minister Prawit Wongsuwon.

Mr Uttama told the meeting at the Impact convention complex that Sarng Anacot Thai would be the new choice for the people, especially when it came to economic solutions.

"It's time for people to have the political party of their choice... If those presently in politics were able to solve the problems, we would not have to enter politics," he said.

He promised that his party would not have vested interests, and would dare to make the  right decisions and free Thailand from its current crisis.

"The crisis arose after the entrance to and prolongation of power...  We will stop the false democracy that serves vested interests," Mr Uttama said.

He also said he would invite Mr Somkid to be the prime ministerial candidate of his party. Mr Somkid did not attend the meeting.

He was formerly energy minister and commerce minister in the Prayut government, and is the former secretary-general of the Palang Pracharath Party. 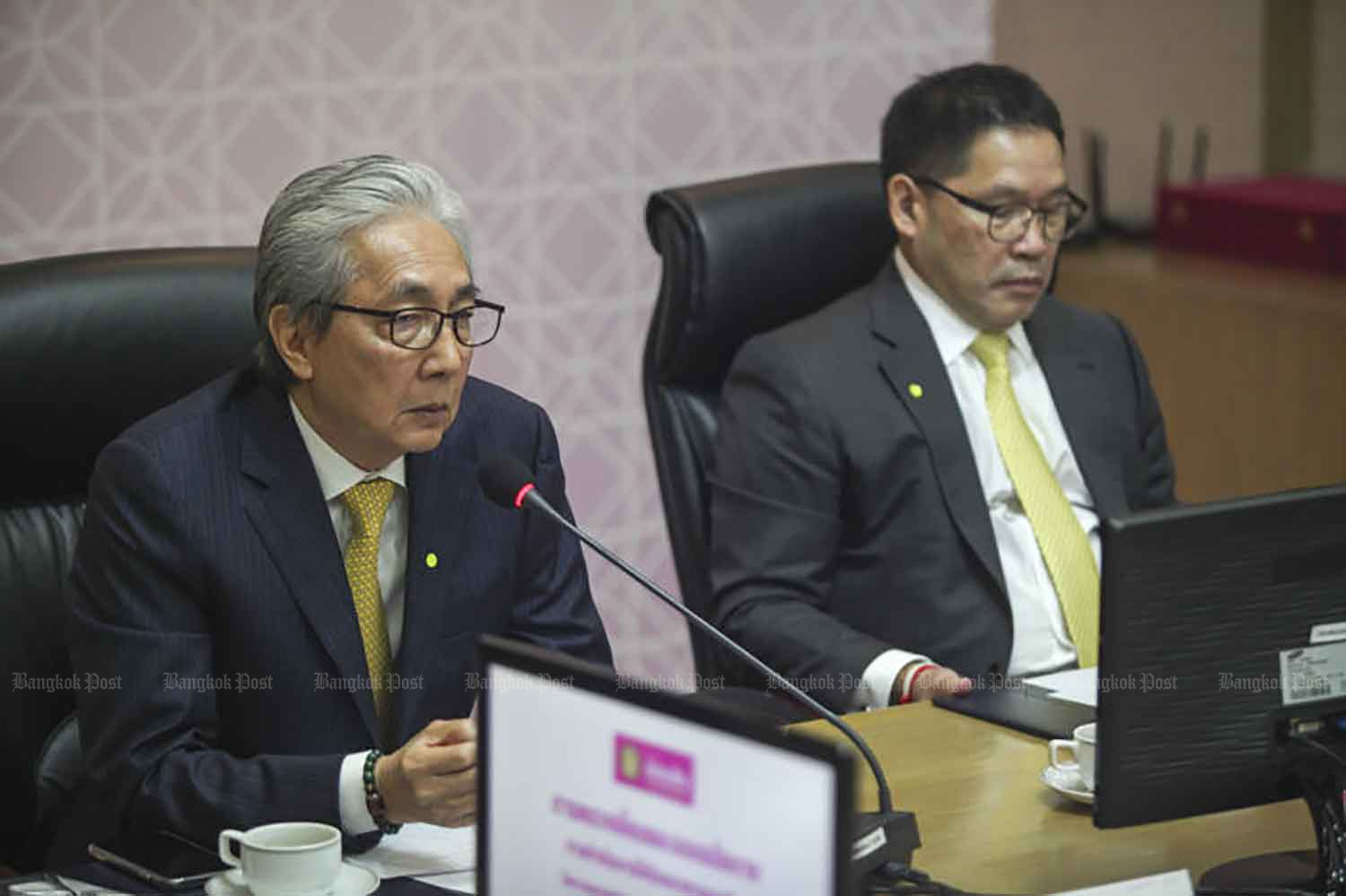 Somkid Jatusripitak, left, then a deputy prime minister, at the headquarters of Government Savings Bank with Uttama Savanayana, then the finance minister, in 2020. (Bangkok Post file photo)