Thaksin's daughter repeats call for landslide in next election

Paetongtarn Shinawatra speaks at an annual assembly of Pheu Thai at the party headquarters in Bangkok on Sunday. (Photo: Wichan Charoenkiatpakul)

The daughter of former prime minister Thaksin Shinawatra on Sunday renewed a call for supporters to give the Pheu Thai Party an overwhelming victory in the next general election.

"Pheu Thai is ready to work after a House dissolution. A landslide win. That's the only thing that Pheu Thai wants," Paetongtarn Shinawatra declared during an annual assembly at the party head office in Bangkok.

The youngest daughter of the deposed prime minister also promised to stop the brain drain by bringing back people who fled after the military seized power in 2014 and have effectively ruled the country ever since. Among other promises, she pledged to transform Thailand into a technology-driven country that can compete with the entire world.

"If we have administrative power, it will happen," said Ms Paetongtarn, who is Pheu Thai's chief advisor on participation and innovation. Her job is to woo the young generation and persuade it to support and join the party, which along with its predecessors has won the most seats in every general election since 2001 but was twice removed from power by the military and the courts.

Pheu Thai leader Cholnan Srikaew told party supporters that only a huge win of 250 seats or more would allow the party to enact its policies and achieve its goals. Government spokesman Thanakorn Wangboonkongchana argued that the goverment was tackling all problems, including corruption he said was left by the Pheu Thai-led administration before the coup.

The rice-pledging scheme had proven that vested interests had swayed by the goverment of then prime minister Yingluck Shinawatra, he claimed.

Key political parties, including the ruling Palang Pracharath and its partner Bhumjaithai, have held meetings to prepare for a new election to be held no later than 2023. All boasted they would perform better than in the 2019 election.

Bhumjaithai said in its annual meeting on Saturday that it would win a projected 100 seats or more, while Palang Pracharath on April 3 targeted the 150 seats that would keep it as the core of a new government, since it can rely on the support of senators appointed by the military junta before the last election.

The House of Representatives has 400 MP seats up for grabs in the next election. According to the military-backed constitution, all 250 senators were appointed for a five-year term in the upper house, allowing them to influence the result of the next election. Their term will expire in 2024. 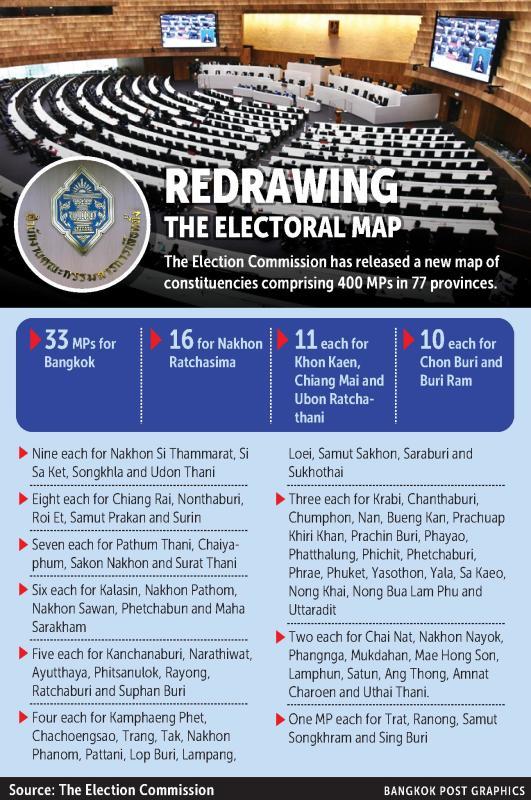