ABOUT POLITICS: Gen Prayut is fighting for survival, but for how long and who will fill the void if he fails to cling to office? / The Bangkok election provides the Progressive Movement with a perfect stage to push its ideas for decentralisation of government

The moment of truth is fast approaching for Gen Prayut Chan-o-cha whose time as premier may be hanging by a thread.

The fear of Gen Prayut being toppled over his questionable tenure expiry deadline has fuelled speculation he might not stay in power long enough to see the government serve out its full four-year term in March next year.

But observers have wondered aloud what would be achieved by pushing for Gen Prayut's ouster when the government has barely 10 months of its term left.

They believe Gen Prayut being forced out is not an end but a means of having a quick general election.

A source said the opposition is doing all it can to be a strong alternative at the next election while putting down the government for failing to salvage a Covid-19-wrecked economy and control runaway consumer prices brought on chiefly by the Russia-Ukraine war.

The main opposition Pheu Thai Party figures it has reinvented itself by promoting inclusiveness. The party has introduced the political concept of "family" where every supporter is a member and with Paetongtarn Shinawatra, a daughter of fugitive former premier Thaksin Shinawatra, positioned as the matriarch.

The group has made modest, but steady inroads, into local leader organisations viewed as an exclusive club of many ambitious, political aspirants striving to enter parliament.

Both parties might have a reason to believe they have what it takes to take the general election by storm. Pheu Thai, however, wants to go it alone in governing, a goal made clear by its declaration that it was working towards clinching a landslide victory.

Pheu Thai has said time and again that it will settle for nothing less than 250 out of the 400 constituency seats up for grabs. It would be a decisive victory If the party rakes in that many seats, it also stands to gain a sizeable number of list MPs under the dual-ballot system.

While Pheu Thai is all fired up to hit the campaign trail when the time comes, the ruling Palang Pracharath Party (PPRP) may not be the fresh commodity it once was when it broke into politics in the 2019 election.

The PPRP shone bright, parading Gen Prayut as its election mascot. But it has not lasted. Today, Gen Prayut is battered by criticism that he runs the country like bulgy bureaucratic machinery and pays lip service to the much-hyped national reforms. He is also bombarded with allegations that he lacks the vision and leadership that would enable the country to keep up with the changes in the world.

As the opposition parties build up steam for the next election, the last thing they need is the government taking credit for policy successes, which would bode well for it in the polls.

Among substantive achievements this year are the unveiling of some new electric train routes in Bangkok, progress in highway construction projects, the dual-track rail lines and the hosting of the Asia-Pacific Economic Cooperation (Apec) summit in November.

Gen Prayut has come across as being determined to hang on in office at least until it is time for the country to host the summit.

The source insisted it was one thing to try and oust Gen Prayut, who is bracing for a potentially tough no-confidence motion in the next few months with ebbing support in parliament as well as the tenure debacle. However, it is quite a different story to search for a replacement and force a new election.

Deputy Prime Minister Wissanu Krea-ngam said earlier if Gen Prayut's term is ruled by the Constitutional Court as finishing in August, his place would be taken by his first deputy, Gen Prawit Wongsuwon, who will serve as interim prime minister.

In the meantime, parliament will look to choose Gen Prayut's successor from a list of candidates furnished after the last election.

Stithorn Thananithichot, director of the Office of Innovation for Democracy at King Prajadhipok's Institute, said the candidates with the highest chances are either Mr Abhisit or Mr Anutin, who are acceptable to many of the coalition parties.

But if parliament failed to elect either of them, a second ballot would be called where a person not on the reserve list will be in the frame.

Section 272 of the constitution will be invoked to create a new list of nominees. These could be current MPs, provided they are eligible. But picking such candidates would be hard as the support of at least 500 out of 750 parliamentarians is needed to endorse a candidate from a new list.

Power to the local people

With the May 22 Bangkok gubernatorial election now looming, there is probably no better time for pro-reform groups to call out for the decentralisation of power, observers say. 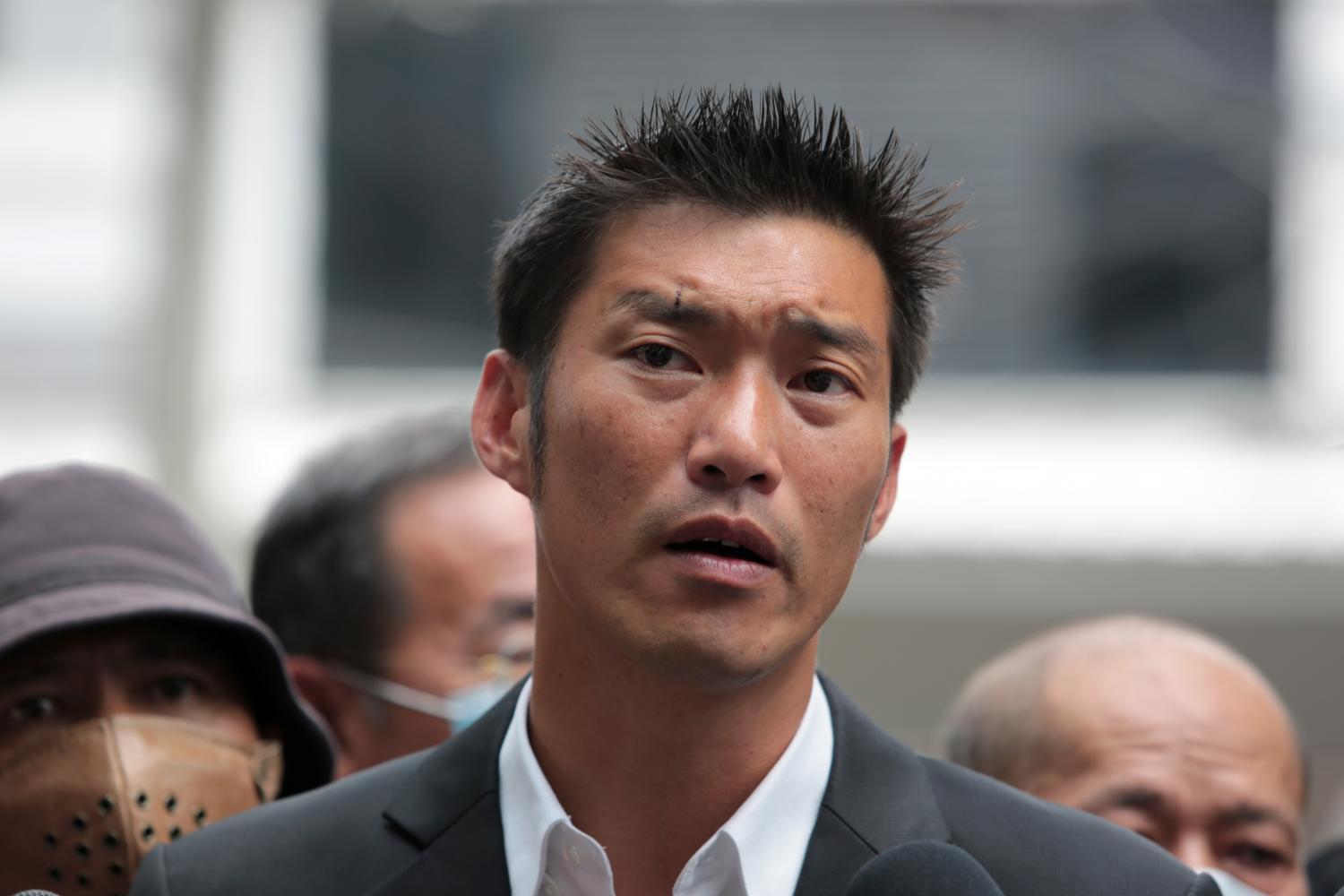 Bangkok is the only province where its residents get to elect a governor. Governors in other provinces are appointed by the Interior Ministry under a centralised bureaucracy which has been in existence for as long as Bangkok has been the capital.

Calls for directly-elected governors have been made for decades but this has never materialised which should indicate how strong the opposition to it is within the corridors of power, according to the observers.

However, this time around, demands for changes to the country's administrative system are drastically different, and are coming from the pro-reform Progressive Movement led by Thanathorn Juangroongruangkit.

Based on their media interviews, the group's idea of decentralisation is not about the election of provincial governors. Instead, it is about dismantling the current local power structure.

The Progressive Movement's proposal seeks to do away with provincial governors, district chiefs, kamnans and village heads, seen by pro-democracy groups as nothing but an archaic representation of the centralised system.

It sees these local administrative bodies, all of which are directly elected, as the people's voices, whose roles and functions are limited by the current structure of provincial governors, district chiefs, kamnans and village heads.

The Progressive Movement proposes that directly-elected PAOs should have the authority to determine how resources are allocated, how budgets are spent and how local projects are developed.

Municipalities and TAOs, which are the lower-rung, directly-elected units of the LAOs, should also be provided with more funds, manpower, and freedom in developing public infrastructure and public services.

According to observers, while the Progressive Movement's proposal will not be pleasing to the ears of its critics, it is not as controversial as its call for reforms of the monarchy and is likely to be more acceptable for discussion.

In fact, the group's latest pitch for decentralisation should strike a chord with reform advocates who believe a revamp of the country's national administration was cut short by the 2014 coup.

Moves towards decentralisation was said to have flourished during the Abhisit Vejjajiva administration which appointed former prime minister Anand Panyarachun and scholar Prawase Wasi, two of the country's most respected and trusted figures, to head reform initiatives.

Those efforts, which had clear goals of reducing the power of authorities and boosting those of the people, ground to a halt after the 2014 coup by the National Council for Peace and Order (NCPO) which toppled the Pheu Thai Party-led administration.

According to observers, the Progressive Movement is on the "right track" by pushing for decentralisation and can count on its ally, the opposition Move Forward Party (MFP), a reincarnation of the Future Forward Party headed by Mr Thanathorn, to help push the agenda in parliament.

The group has already kicked off a signature campaign for constitutional amendments aimed at reforming the decentralisation law under which a clear distinction of tasks and roles between those of central government agencies and local leaders will be set.

If the campaign gains traction and draws the support of more than 100,000 people, a motion will be laid in parliament to allow the group to explain the issue in front of lawmakers.

According to observers, the group also has a channel to sell its proposal.

The Progressive Movement took part in recent elections of local administrative bodies and won a modest number of seats, which gives it an opportunity to urge locals to think deeper about what decentralisation will bring and in what form.

The board of the state Oil Fuel Fund on Wednesday resolved to cap the retail diesel price at 32 baht per litre only until Sunday, and will review the price again on Monday, energy permanent secretary Kulit Sombatsiri said.

CANNES, France: Tom Cruise was set to jet into Cannes on Wednesday with "Top Gun: Maverick" as a Russian dissident in the main competition showcases an alternative side to the world's top film festival.