The Democrat Party clinched a seat in the House of Representatives after its candidate beat two rivals by a landslide in a by-election in Ratchaburi's Constituency 3 on Saturday.

Constituency 3 covers Chom Bung district and most of Photharam district.

In an unofficial result announced by the provincial election committee at about 9pm, Chaithip Kamolpanthip of the coalition Democrat Party came first with 51,743 votes, followed far behind by Natthanant Nithiponyangsanga of the Seri Ruam Thai Party with 16,853 votes and Pinyosilp Sangwanwong of the Equality Party with 1,889 votes.

The result has yet to be officially endorsed by the Election Commission.

Mr Chaithip thanked voters in Chom Bung and Photharam districts for their support. He said the result was beyond expectations as he thought he would get only between 45,000 and 50,000 votes.

He vowed to perform the duties of an MP to the best of his ability.

On Sunday, Mr Chaithip wrote on his Facebook page: "I would like to thank you for all the love and kindness you showed me. I will never forget every single one, and that I have to repay the kindness."

Democrat Party secretary-general Chalermchai Sri-on was on hand to congratulate Mr Chaithip at his residence.

He said he was confident the people would still give the Democrat Party a chance to prove itself. The party would continue to meet the people during the lead-up to the next general election, he added.

The by-election was made necessary after Pareena Kraikupt of the ruling Palang Pracharath Party (PPRP) was banned from politics for life by the Supreme Court's Criminal Division for Holders of Political Positions for severe misconduct as an MP for using 665 rai of forest reserve in Chom Bung district as a poultry farm.

The PPRP did not field a candidate in the by-election. 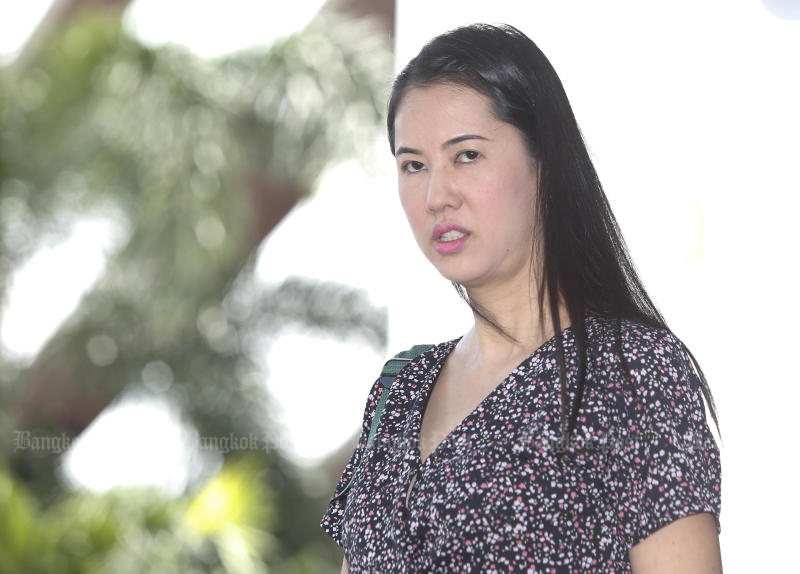