New Bangkok Governor Chadchart Sittipunt listed four urgent problems to be tackled as he introduced his team on his first day at City Hall on Wednesday.

The issues he would give immediate priority were flooding, safety for road users and pedestrians, street food vendors and the Green Line concession, he said at his first press conference after officially taking the position of governor.

Mr Jakkapan was a deputy governor under previous Bangkok governor Pol Gen Aswin Kwanmuang. He is in charge of budgeting and finance.

Mr Wisanu is a former lecturer in Chulalongkorn University's engineering faculty. He is responsible for civil works and infrastructure development.

Ms Tavida, a former dean of the political science faculty of Thammasat University, is in charge of disaster prevention. 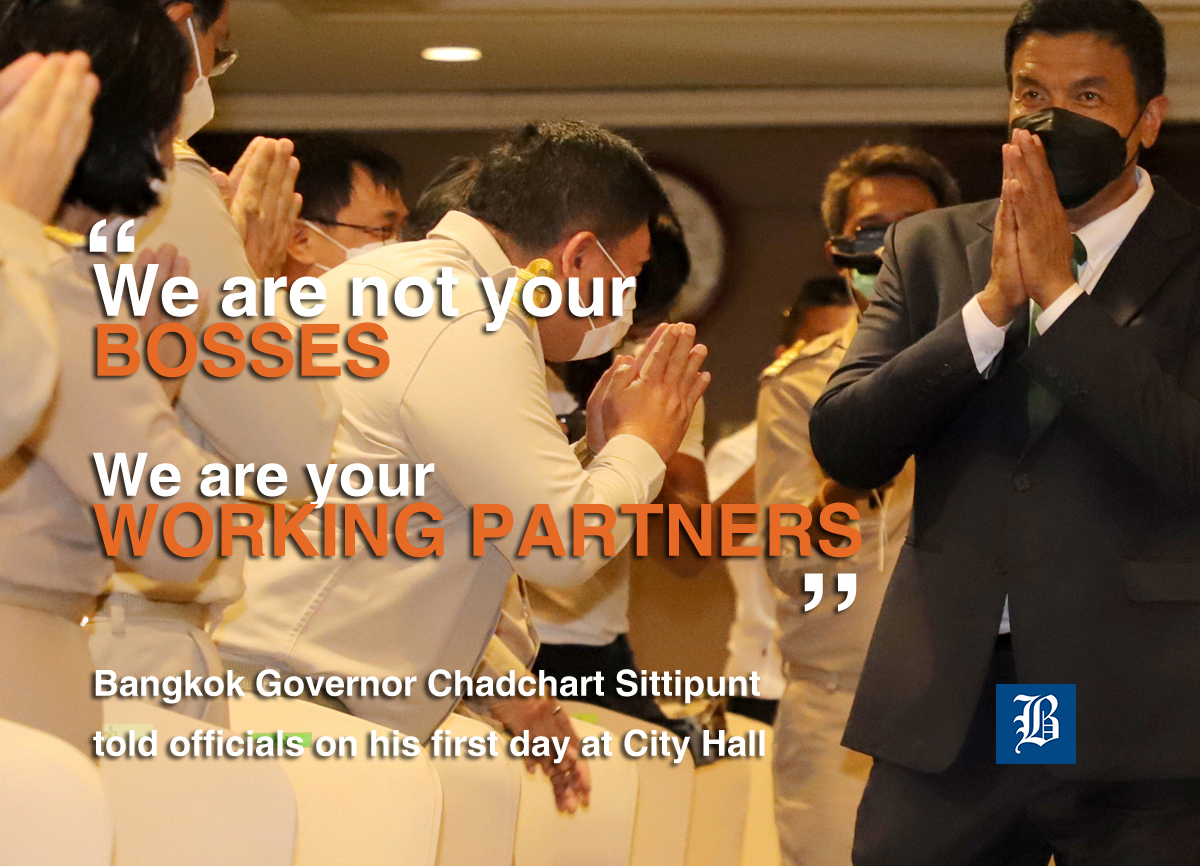 Mr Sanon is a founder of Satarana, a civil society network. He is tasked with community development, the environment and coordination with non-government organisations.

Ms Kessara is the main strategist, responsible for turning the governor's election platform into action, and Ms Wilana is a political coordinator. (continues below) 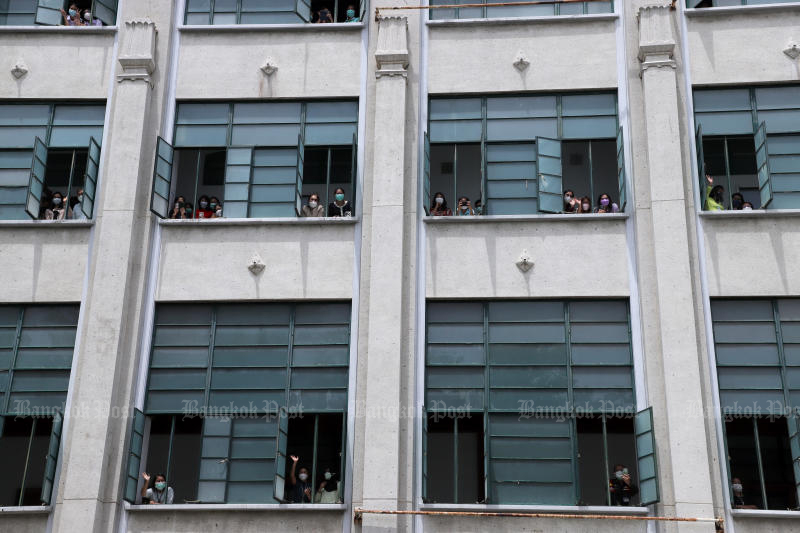 "We are not your bosses. We are your working partners," the governor said at the Bangkok Metropolitan Administration (BMA) main office, near the Giant Swing. He was referring to BMA officials.

He said his policies would not be achieved without cooperation from them.

No details of duties for other advisers were disclosed.

The press conference was held after he officially became the 17th governor of the capital.

Mr Chadchart said he would hold talks with Krungthep Thanakom, City Hall's business unit, on the Green Line problem before entering talks with the Interior Ministry.

The ministry, which oversees the BMA by law, has proposed the extension of the Bangkok Mass Transit System Plc (BTSC) concession for another 30 years, after it expires in 2029. The proposed deal is in exchange for the skytrain operator writing off the BMA's debt. It would get the longer concession instead of cash payment.

The proposal remains stalled in the cabinet due to opposition from the Transport Ministry.

The accumulated debt is estimated at 38 billion baht.

Last year, the BTSC sued the BMA and Krungthep Thanakhom for the debt it is owed.

Mr Chadchart said he was confident of finding a solution to the deadlock and indicated his negotiation direction would be to separate the debt problem and concession issue.

His policy opposes the concession's extension as would delay bringing the skytrain back under the BMA's control, so it could keep fares down and affordable for low- and middle-income earners.

Earlier on Wednesday, he and 45 Bangkok councillors reported to the Election Commission office after their May 22 poll results had been verified, the final process to officially make him the new governor.

He did not detail his plans for other urgent issues.