Prime Minister Prayut Chan-o-cha can breathe a sigh of relief for now after the government's 2023 budget bill cleared its first reading in parliament, with some opposition MPs voting in support of the bill.

However, many observers do not believe this guarantees the government will secure similar support in the upcoming no-confidence debate.

The 2023 budget bill passed its first reading in the early hours of yesterday morning with 278 votes in favour and 194 against from opposition MPs.

Officially the opposition has 208 MPs within its ranks, while the government can command 230-240 votes.

All coalition MPs voted for the bill including those in the faction under Capt Thamanat Prompow of the Settakij Thai Party, whose support for Gen Prayut had been in doubt.

Seven opposition MPs from the Pheu Thai Party and four from the Move Forward Party also voted in favour of the bill after a first reading that ran from Thursday night until around 2am on Friday morning.

The initial passage of the budget bill was said by some observers to be a key first step in the government's bid to remain in power. 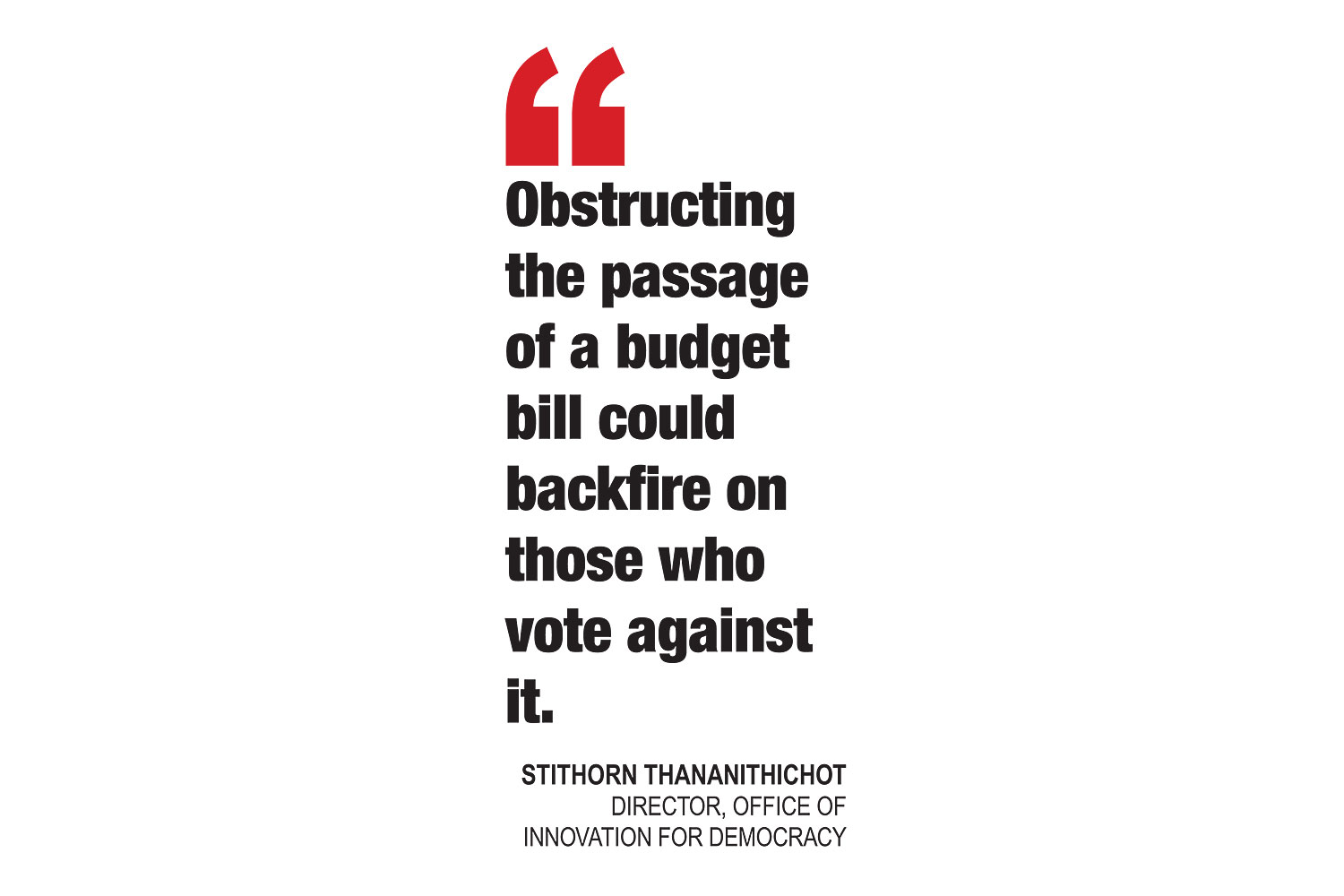 The seven Pheu Thai MPs who voted for the bill included three from the northeastern province of Si Sa Ket, namely Chaturong Pengnorapat, Theera Taisaranakul and Pongsri Saejueng, who were expected to jump ship to the coalition Bhumjaithai Party.

The four others were Chakrapat Chaiyasan, whose seat is in the Northeast's Udon Thani province, Niyom Changpinit of Phitsanulok in the North, Wuthichai Kittithanesuan from the Central province of Nakhon Nayok and Suchart Pinyo, whose constituency is in Nakhon Ratchasima in the Northeast.

A 72-member committee was set up to scrutinise the bill.

Stithorn Thananithichot, director of the Office of Innovation for Democracy at King Prajadhipok's Institute, told the Bangkok Post that normally, opposition MPs will not vote against a budget bill unless it is riddled with serious flaws or irregularities.

"Obstructing the passage of a budget bill could backfire on those who vote against it as many people are waiting for the bill to pass parliament to smooth the running of the country and stimulate the economy," he said.

The prime minister tried to maintain ties with micro-parties, Mr Stithorn said, adding that he believed these small parties might have been offered some seats on House committees in exchange for their support.

Committee members scrutinising the budget bill, particularly those from the coalition government parties can push for allocations to their constituencies, he said.

Even opposition MPs who have close ties with cabinet ministers can lobby for budget allocations for their constituencies, he added.

He said that some Pheu Thai MPs who voted for the bill could have been allowed a free vote, adding that those MPs may have struck a deal to vote for the bill in exchange for budget allocations.

"However, support for the bill in its first reading does not guarantee any similar outcome in the upcoming no-confidence debate against the government," Mr Stithorn said.

Phichai Ratnatilaka Na Bhuket, a political science lecturer at the National Institute of Development Administration (Nida), said that the vote in the first reading of the bill showed the government could still control its MPs after some micro-parties and the faction of Capt Thamanat threatened to vote against the bill.

He also noted that some MPs of the Settakij Thai Party were appointed to sit on the committee vetting the budget bill.

"This may be why the MPs voted for it," he said.

"Some Pheu Thai MPs also voted for the bill, which shows they may want to leave Pheu Thai. They will reportedly join the Bhumjaithai Party," Mr Phichai explained.