No end to headaches
Thailand
Politics

ABOUT POLITICS: Impasse on list-MP calculation method and tenure dispute threaten to present Gen Prayut with further problems v Analysts feel Anutin is getting a bit ahead of himself with poll ambitions and claim he is ready to become premier

If you thought the censure debate last month was a major decider of the government's fate, more sticky situations are in store this month.

Aug 15 is the deadline for completing repairs to the organic law on the election of MPs, which will precede the date by which Gen Prayut Chan-o-cha will have run out of time as prime minister, as contended by the opposition, on Aug 24.

Both events could bring sleepless nights for Gen Prayut galvanised by the government emerging from last month's no-confidence onslaught in one piece, despite threats of a humiliating defeat by renegade MPs and the opposition.

An analyst said it takes no psychic to predict the next several weeks will be quite turbulent for the administration.

For some time, the business of amending the organic law on the election of MPs has been a fiasco. The issue came to a head when scrutiny of the draft was halfway through when it was discovered technical glitches rendered the entire amendment a futile exercise.

The draft amendment was earlier put to parliament which backed using 500 as a divisor for determining how many list seats would be allocated to each party in the next election.

That decision went against parliament's scrutiny panel which earlier agreed to adopt 100. The panel insisted that embracing 100 was a matter of principle, which key parties, such as the ruling Palang Pracharath Party, the main opposition Pheu Thai Party and the Democrat Party, stood firmly behind.

The parties, represented on the panel, maintained the 100 divisor complies with the restored dual-ballot election system where one ballot is for choosing a constituency candidate and the other a party of the voter's choice.

The two ballots demand a separate method for calculating list MPs. Since there are 100 list seats at stake, the divisor can only be 100, no more, no less, according to the analyst.

However, to bring in 500 would mean using all MPs, including the 400 constituency MPs, as a broad base for calculating list MPs, which the analyst argued was against logic. But most crucial of all, it contravenes the constitution, the analyst added.

The 500 divisor, on the other hand, is backed whole-heartedly by small parties which believe it would make winning list seats a lot easier for them, given a smaller minimum vote tally needed to clinch one.

While the list calculation wrangle looks almost certain to be resolved in the Constitutional Court, it is the implication of this issue that could have dire consequences for the government.

Sutin Klungsang, the chief opposition whip and Pheu Thai deputy leader, predicted the discord arising from the calculation method would drive a wedge between coalition partners.

The Democrat Party, which sponsored the bill, rallied behind the 100 divisor method from the outset and has been strongly advocated by scrutiny panel chairman, Sathit Pitutecha, who is also the deputy Democrat leader.

Observers said it remains to be seen how the Democrats will react to being "double-crossed". At least, as Mr Sutin has indicated, the issue would deeply stain coalition relations.

Mr Sathit himself vented his frustration in parliament on voting for the 500 divisor and therefore, complicating the process.

It was reported some of the MPs backing the 500 divisor were from the PPRP who wanted many list seats distributed between smaller parties, thereby heading off a Pheu Thai landslide win.

Now that the amendment draft has gone back to the scrutiny panel and modified to accommodate the 500 divisor method, it will be sent to the Election Commission (EC) for consideration. If the EC disagrees with the draft, parliament might refer it to the chart court for a ruling.

This process would definitely drag on beyond Aug 15, in which case the list MP calculation method prescribed originally by the EC would be used instead.

As the saga is set to turn up the political heat, the pressure must already have been felt by the prime minister ahead of Aug 24.

Pheu Thai insists Gen Prayut's premiership ends on Aug 24 since he will have served two back-to-back four-year terms, the maximum tenure a premier is allowed by the constitution, following the 2014 coup.

Metha Maskhao, secretary-general of the Campaign for Popular Democracy, recently said his group would organise street protests to press for Gen Prayut to step down.

He said that even though the current charter was promulgated in 2017, it took a retroactive effect on cabinet ministers and Gen Prayut, who were in power before the launch of the constitution.

This applies to Gen Prayut as he first began serving as PM in August 2014, a few months after the coup that toppled the previous regime.

A little too over-confident

The Bhumjaithai Party is taking its early election campaign up a notch with its leader Anutin Charnvirakul announcing he is ready to become prime minister if he has to. 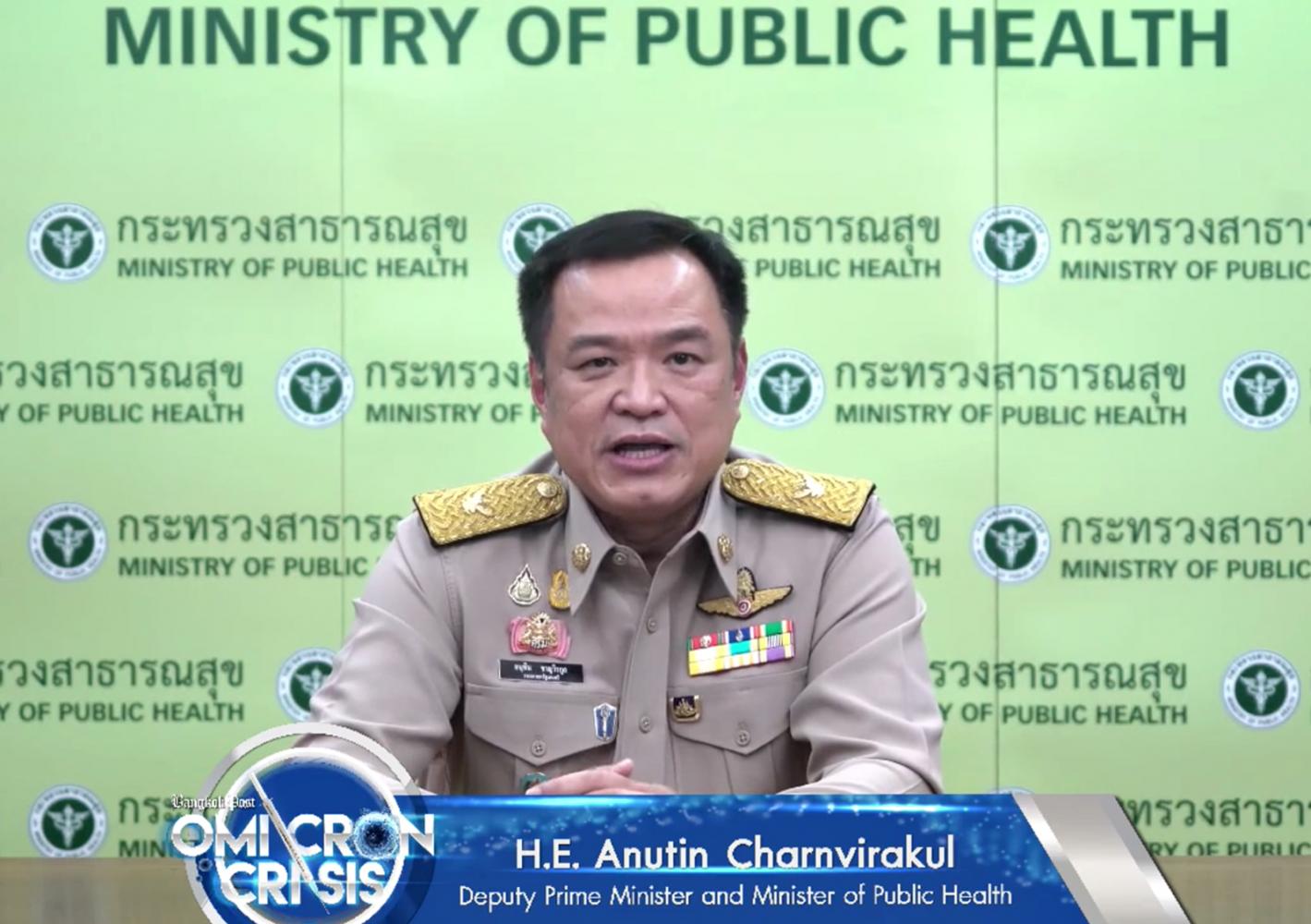 An election is a political contest and it is every political party's job to offer what it believes to be the best for the public. Bhumjaithai has many policies to improve people's livelihoods and rehabilitate the Covid-battered economy, according to Mr Anutin.

"We present our election campaign policy to voters and if we are elected, we have to go by the rules. I'm not talking about tomorrow. I'm talking about after the next polls.

"If the party wins 200 House seats, can we refuse it [the chance to lead the next government]?" he was quoted as saying at an Aug 7 rally in Lop Buri's Khok Samrong district where the party introduces potential MP candidates for the next election.

Mr Anutin discussed the party's policies such as a debt moratorium to alleviate economic hardship and a tourism budget of 300 million to 500 million baht for each province that could generate about five trillion baht in revenue for the country's economy.

The public health minister also spoke of how Bhumjaithai keeps its campaign promises.

"You voted for us to work for you and we proved it with the medical cannabis and health volunteer allowances.

"We now supervise three ministries and we are seeking to double that in the next election. Shower us with a lot of votes. Don't be shy. I'll be the prime minister if I must," he was quoted as saying.

The party oversees the Public Health Ministry, the Transport Ministry and the Tourism and Sports Ministry as part of the coalition government led by the Palang Pracharath Party.

Mr Anutin's remarks reflect his confidence in the popularity of the party which started out with 51 MPs after the 2019 election and has since attracted many defectors, according to observers.

Bhumjaithai currently has 62 MPs but more veteran politicians are tipped to join the party once the election drums begin beating properly.

It is undeniable the party is in its prime and that has a lot to do with the party's success in keeping its election campaign promise to legalise cannabis for medical and research purposes.

The party's flagship election pledge was treated with scepticism but the plant has been removed from the list of narcotic substances since June 9 of this year.

However, some analysts are reluctant to place their bets on Mr Anutin becoming prime minister at the next general election.

Not only does the Bhumjaithai leader still need to work on his political charm, but the party's popularity may also dip due to criticism and concerns over the possible negative impacts of the cannabis policy.

According to observers, Mr Anutin sustained some damage in the censure debate during which he came under fire by the opposition for failing to pass a law to regulate the use of cannabis ahead of its legalisation.

The absence of such legislation means cannabis use is not limited to medical treatment as intended by the Public Health Ministry. The vacuum has also left children and youth vulnerable to its perceived harmful effects.

Critics, including a group of 850 doctors and staff at Ramathibodi Hospital are calling for the suspension of cannabis use until there are adequate controls to prevent its abuse by youths.

Some Bhumjaithai members are said to be worrying about whether the cannabis policy will eventually backfire and put the party in a tight spot.

However, Bhumjaithai is known to have a far better management system of its support base than other parties, according to observers. It is said to be in the same league as the main opposition Pheu Thai Party when it comes to engaging party supporters.

If it makes campaign pledges that strike a chord with voters, retaining House seats should not be a challenge for the party.

In the party's annual assembly in late April, Bhumjaithai announced it was determined to win seats in all constituencies where it fields candidates, which would bring the overall number of MPs it aims to garner to more than 100, including party-list MPs.