A petition filed by the opposition seeking a ruling on the legal political tenure of Prime Minister Prayut Chan-o-cha was forwarded to the Constitutional Court by the secretariat of the House of Representatives on Monday.

The petition was initially handed to Parliament President Chuan Leekpai on Aug 17, and was checked before being forwarded to the court on Monday. It was signed by 171 members of parliament.

The court did not set a date to rule on whether it would accept the petition for deliberation, but it was  expected to make the call on Wednesday.

If the court accepts the case it will then make another decison, on whether Gen Prayut should be temporarily suspended from office until the judges rule on the issue, or if he should continue to work as the prime minister.

Gen Prayut remained silent on the issue on Monday. Government spokesman Anucha Burapachaisri said the prime minister did not consider himself above the law.

Deputy Prime Minister Vissanu Krea-ngam said that Gen Prayut would still be allowed to attend cabinet meetings as the defence minister, a portfolio he holds concurrently.

Deputy Prime Minister Prawit Wongsuwon would likely take over as caretaker prime minister if Gen Prayut were suspended. (continues below) 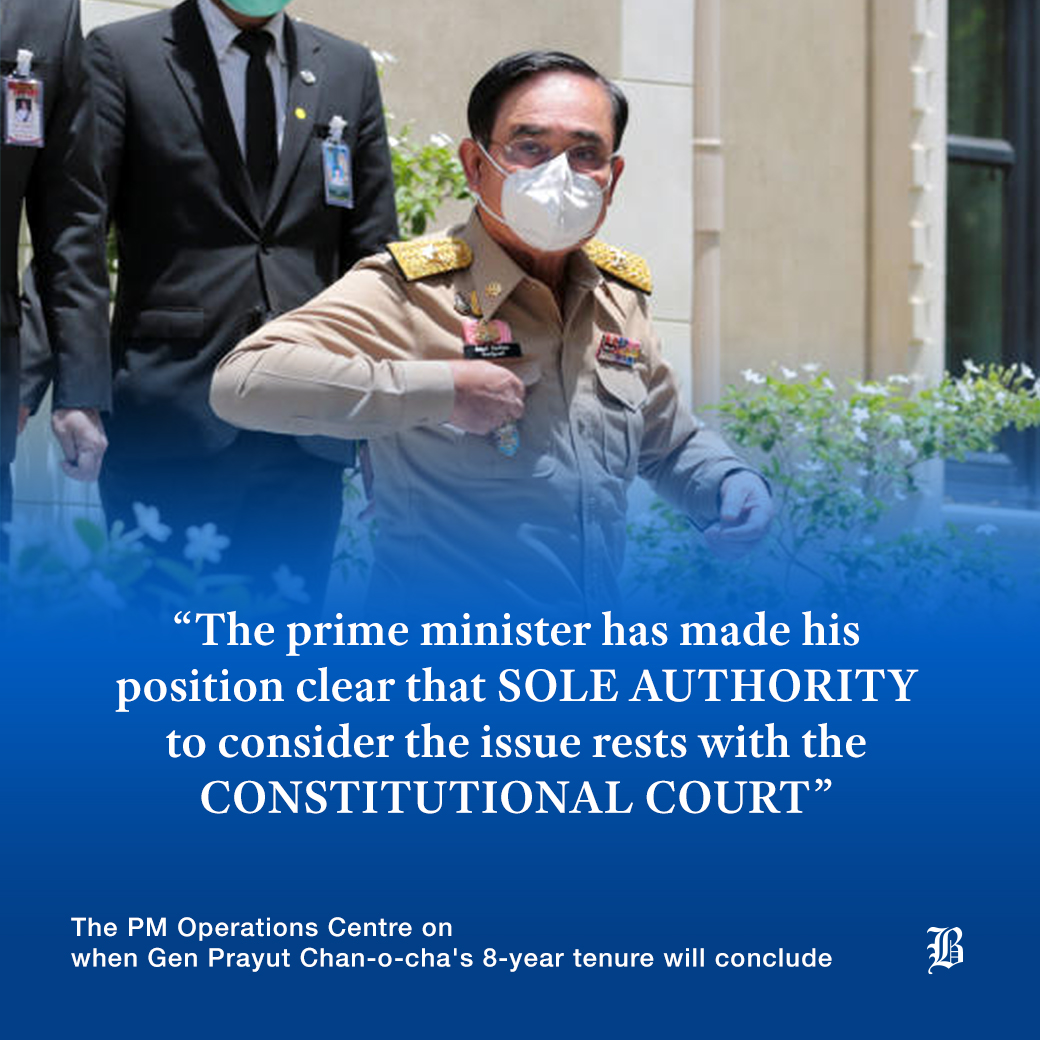 The opposition, led by the Pheu Thai Party, is asking the court to rule when the eight-year tenure of Gen Prayut ends. The issue has been left for interpretation and debate.

The opposition camp and opponents of Gen Prayut believe the first day of the eight-year tenure he is limited to by the constitution was Aug 24, 2014, when he was installed as prime minister under the provisional constitution enforced after he led the coup on May 22 that year.

His supporters argue that his first day at Government House was June 9, 2019, under the present constitution, which came into force in 2017.

The constitution was drafted to suit the wishes of the junta-led government.