Watanya Bunnag stands next to an image of Democrat Party leader Jurin Laksanawisit as she arrives at party headquarters on Thursday to be introduced as a new member. (Photo: Pornprom Satrabhaya)

The Democrat Party opened its arms to Watanya Bunnag on Thursday with the hope that her arrival will help restore its popularity among voters in Bangkok.

Democrat leader Jurin Laksanawisit praised Ms Watanya for her quality during a ceremony at party headquarters to officially introduce the high-profile political figure.

The introduction was a formality after she disclosed days earlier that she had selected the Democrats as her new home after leaving the Palang Pracharath Party, the main party in the coalition government.

Mr Jurin said Ms Watanya would be a party-list candidate in the next election. The poll has tentatively been scheduled for May 7 next year, assuming the current government sees out its full term to March 23.

Ms Watanya, better known as Madam Dear, shockingly severed ties with Palang Pracharath on Aug 16 in protest against the party’s role in ensuring the collapse of a joint sitting of the two houses to vote on the organic bill on the election of MPs.

The Aug 15 sitting was the last day on which the amended bill, which favoured using the number 500 to calculate party-list seats, could be considered. Members of Palang Pracharath and some other big parties stayed away to ensure there would be no quorum. As a result, the original version of the bill, using 100 as the divisor of total list votes cast, was allowed to stand.

The use of 100 — the actual number of party-list seats — is seen as benefiting big parties at the expense of smaller and micro-sized outfits that obtained seats under the opaque calculation system used by the Election Commission following the 2019 vote.

Ms Watanya's resignation also brought an end to her status as a list MP for the ruling party. She blasted the intention to kill off the amended bill in a Facebook message on Aug 16, saying it was “a political ploy that shattered the faith of the people” in the parliamentary system.

She did not name Palang Pracharath in the post and did not mention the name of her old party when she was invited to speak after Mr Jurin introduced her.

“The Democrat Party is a party with no ownership. It cannot be dictated to by anyone,” she said without going into details.

Ms Watanya is the wife of media tycoon Chai Bunnag, the CEO of Nation Group (Thailand). She is also a former manager of the Thailand national under-23 football team.

Palang Pracharath leader Prawit Wongsuwon held no grudges against her, saying at Government House on Thursday that her earlier decision to join Palang Pracharath meant the ruling party “was okay” for her.

Clout in the capital

She will now be part of the Democrat team, led by deputy leader Ongart Klampaiboon and former Bangkok governor candidate Suchatvee Suwansawat, assigned to regain the credibility of the Democrats in Bangkok.

The Democrat leader said her popularity would draw voters to return to the party in the next election. “Madam Dear will give the team responsible for Bangkok more strength,” Mr Jurin said. 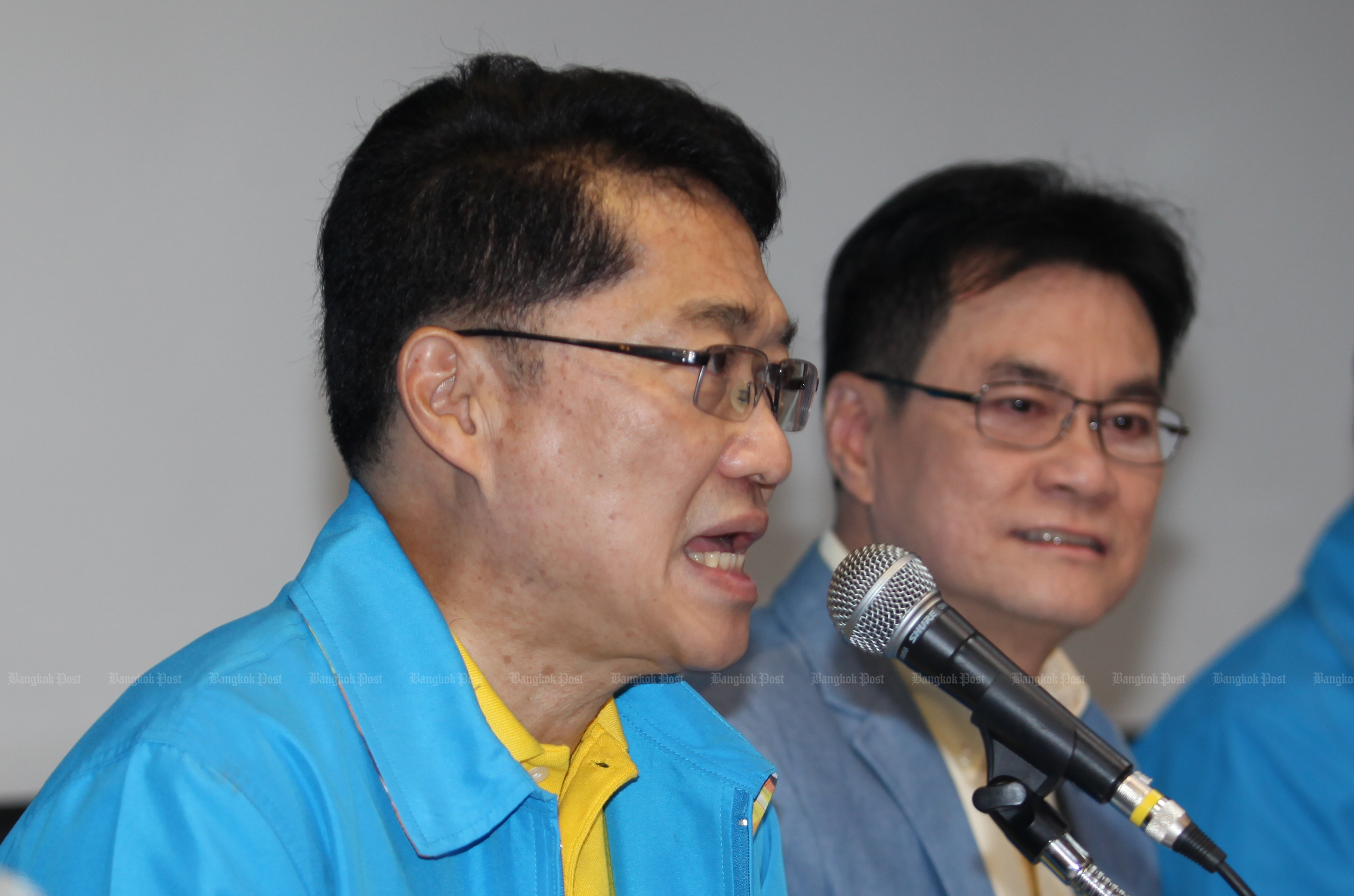 The party was embarrassed in the last general election in 2019 when it did not win a single seat in Bangkok.

Mr Jurin said the polls for the Bangkok governor and district councillors in May gave the party a sense of relief.

Mr Suchatvee came second after winner Chadchart Sittipunt in the race for the governor, and the Democrats won nine out of 50 district representatives in the contest.

“I am full of confidence that we will receive a better response in the coming election,” the party leader said.