Prayut says he respects the ruling and thanks his supporters

Constitutional Court judges assemble to give their ruling on the 8-year tenure of Prime Minister Prayut Chan-o-cha on Friday afternoon. (Screenshot)

The Constitutional Court ruled on Friday that Prime Minister Prayut Chan-o-cha's tenure has not reached its eight-year limit under the current constitution and that his term started on April 6, 2017, when the present charter took effect.

The court began reading its ruling at 3pm. It took about 20 minutes.

The court said that Gen Prayut's tenure as prime minister began under the 2017 constitution on April 6, 2017, which was the date the present charter was promulgated. His previous leadership did not apply under this constitution, said the nine-member panel.

"The tenure of the accused (the prime minister) from April 6, 2017, to Aug 24, 2022, has not reached its limit and the court rules by a majority vote that his premiership has not ended in accordance with the 2017 constitution," said the court.

According to the ruling, the eight-year limit on Gen Prayut's tenure in office will expire in 2025.

The ruling was in response to an opposition petition seeking clarification filed through House Speaker Chuan Leekpai on Aug 17.

The opposition had argued that the 68-year-old prime minister's tenure should end on Aug 24 this year  because he was installed as prime minister on Aug 24, 2014, under the provisional constitution enforced after he led a coup on May 22, 2014, when he was commander-in-chief of the army.

Section 158 of the 2017 Constitution says: "The Prime Minister shall not hold office for more than eight years in total, whether or not holding consecutive terms."

On Aug 24, the Constitutional Court suspended Gen Prayut from prime ministerial duties pending its deliberation on the case.

On May 22, 2014, Gen Prayut cited a necessity to restore peace to the nation after months of protest violence in Bangkok and other provinces amid escalating political conflict between supporters and opponents of the Yingluck Shinawatra administration.

The conflict grew after Yingluck's Pheu Thai Party tried to propose a blanket amnesty bill that was viewed as possibly benefiting her elder brother and former prime minister, Thaksin Shinawatra, who had been prosecuted on many charges.

Months before the coup, Gen Prayut had expressed his concern about a possible civil war and had repeated his calls for the Yingluck administration and opponents to solve the political turmoil.

Following the ruling, Gen Prayut, who is also the defence minister, wrote on his Facebook account that he highly respected the ruling of the Constitutional Court and was grateful for people’s moral support and good wishes. He said he would spend the rest of the limited term of his government focused on national development.

He then elaborated on his government's development projects, which he said were of an unprecedentedly large scale with opportunities for prosperity for millions of people.

“The past month has given me an opportunity to reflect and realise that I have to spend the government’s precious time, which is limited, to push many important projects that I started,” Gen Prayut wrote in the post. 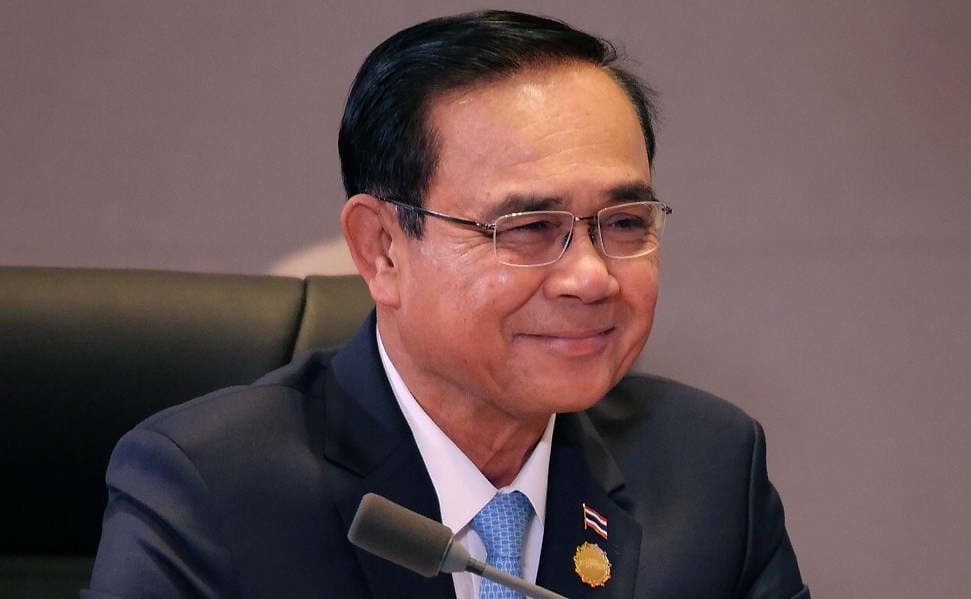