Prime Minister Prayut Chan-o-cha has vowed to press ahead with development projects after a Constitutional Court ruling on Friday on the eight-year limit of his premiership allowed him to stay in power. 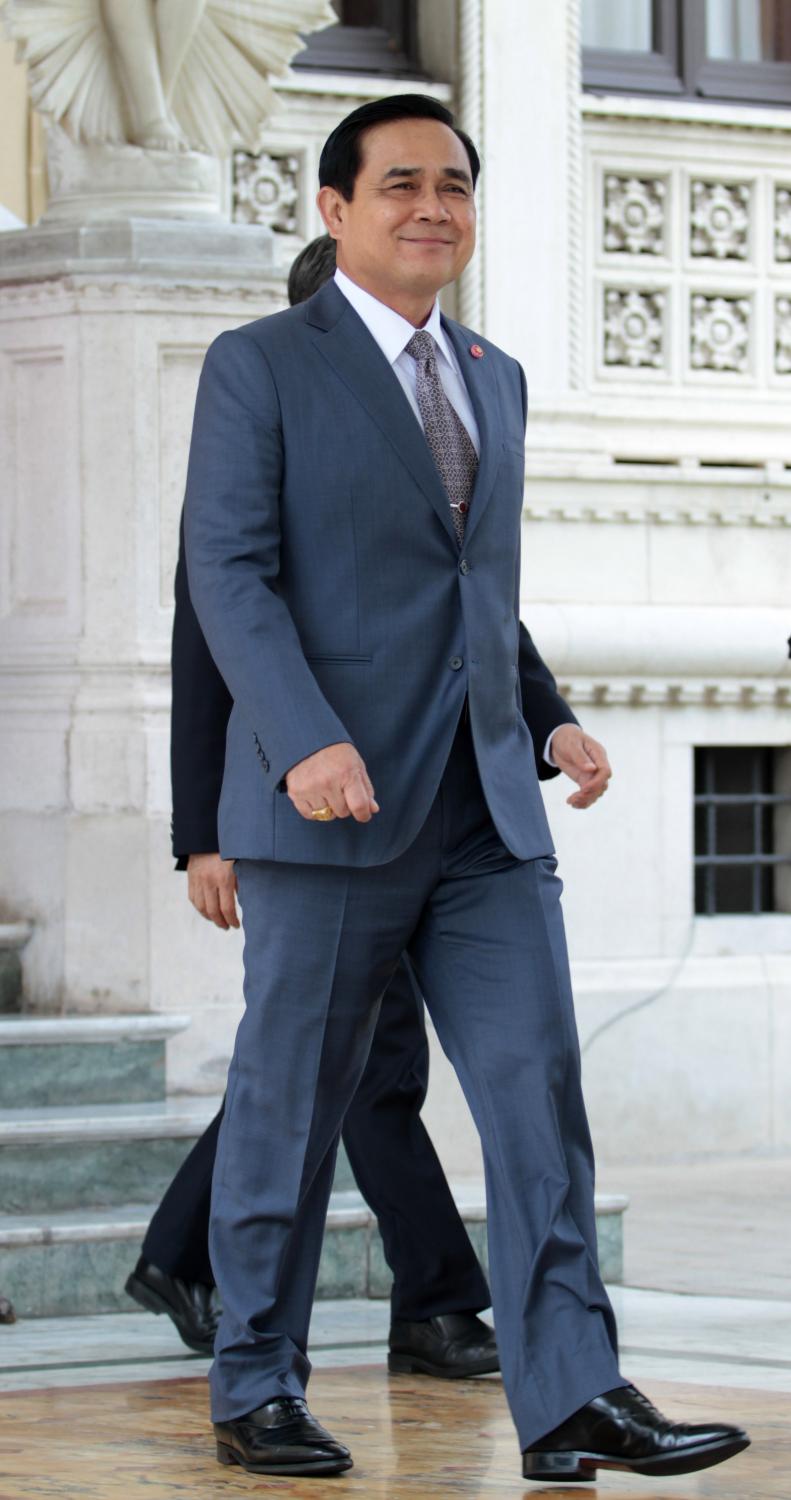 Prime Minister Prayut Chan-o-cha steps out of Government House in this file photo. He will resume his duties as premier after the Constitional Court ruled in his favour yesterday. (Photo: Chanat Katanyu)

As a result, Gen Prayut could potentially stay in office until 2025, provided he agrees to run for re-election by parliament after the general election that is expected in the first half of next year.

The court decided his tenure started on April 6, 2017, when the current charter was promulgated, rather than when he assumed office following the 2014 coup he orchestrated.

"The tenure of the prime minister from April 6, 2017, to Aug 24, 2022, has not reached its limit and the court rules by a majority vote that his premiership has not ended in accordance with the 2017 Constitution," said the court.

According to the ruling, which came in response to an opposition petition seeking clarification that was filed through House Speaker Chuan Leekpai on Aug 17, his limit will expire in 2025.

The opposition argued that Aug 24 this year was the correct date because he was installed as prime minister on Aug 24, 2014, under a provisional constitution enforced after he led the coup on May 22, 2014, when he was the army's commander-in-chief.

Gen Prayut posted on his Facebook account that he respected the court's ruling and was grateful for people's moral support and best wishes.

He said he would spend the remaining months of the government's term following through with major development projects before the House of Representatives' four-year term ends on March 23.

He vowed to press ahead with a national development strategy to reshape the economy, with projects to upgrade transport infrastructure covering roads, railways, airports and ports as well as digital infrastructure to allow people greater access to online platforms in a bid to support transactions and learning.

He wrote that the government's development projects were of an unprecedentedly large scale with opportunities for millions of people to enjoy greater prosperity.

According to a government source, Gen Prayut will resume work as prime minister at Government House on Monday. His first task will be to chair a meeting of provincial governors nationwide via teleconference to discuss measures to deal with the floods that have wreaked havoc in several provinces.

On Tuesday, he will chair a weekly cabinet meeting and then make an inspection trip to Ubon Ratchathani on Thursday to visit flood victims.

Chaiyan Chaiyaporn, a lecturer at Chulalongkorn University's political science faculty, told the Bangkok Post that for the rest of his premiership, Gen Prayut should make a concerted effort to stamp out corruption and push through important legislation.

It remains to be seen whether Gen Prayut wants to seek re-election; however small parties may nominate him as a candidate to help them win House seats, Mr Chaiyan said.

If he is re-elected by parliament, he would have about two years left in office.

Stithorn Thananithichot, director of the Office of Innovation for Democracy at King Prajadhipok's Institute, told the Bangkok Post that during that period, parties in the coalition government may look to strike a deal to nominate another candidate to carry on in the role.

"Leaders of the coalition parties will not have to wait four years before they can have a chance of becoming prime minister," Mr Stithorn said.

Amporn Promkerd, a lecturer at Khon Kaen University's faculty of humanities and social sciences, said that even though Gen Prayut has been granted the mandate to continue in power, at least until early to mid-next year, he will likely face growing resistance and pressure from his critics.

The Pheu Thai Party on Friday issued a statement saying it disagreed with the court's ruling and insisted that, under the constitution, a cabinet set up before the promulgation of the current 2017 charter still stands as a legitimate and valid cabinet in line with the law.

A group of activists gathered at the Skywalk at Pathumwan intersection Friday to protest against the court's ruling. They had dispersed by the evening, however.

Protest leader Thatchapong Kaedum said the group will hold a demonstration again at Victory Monument on Saturday. Another rally led by politician and activist Jatuporn Prompan was held at Ratchaprasong intersection.