Democrats fear U-tapao use by US will irk China

The Foreign Ministry said the government's plan to allow Nasa, the US space agency, to use U-tapao military airport as a base to conduct atmospheric studies will not harm Thai's sovereignty and there is no need to seek parliament's approval first. 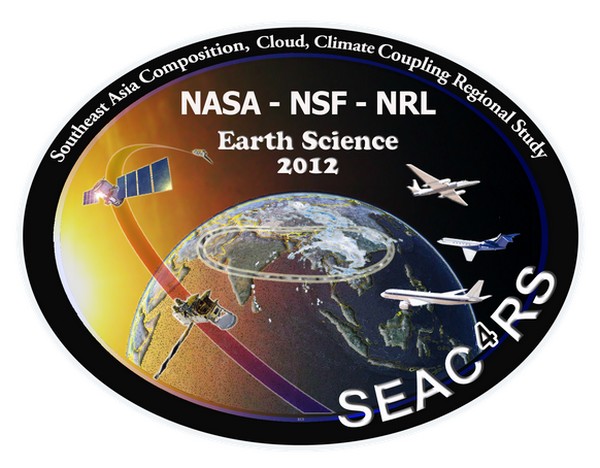 Nasa already has prepared an official logo for the the Southeast Asia Composition, Cloud, Climate Coupling Regional Study (SEAC4RS). The exercise aims to address key questions regarding the influence of Asian emissions on clouds, climate, and air quality. (Nasa handout)

"Thailand sees the benefit from this study to our Meteorological Department and weather forecasts which can reduce disaster risks in the region in the long run," said the spokesman.

The Foreign Ministry was responding to accusations by the Democrat Party that Nasa's project at U-tapao airport in Rayong would harm Thailand's security.

The Democrats said the agreement was in effect an international treaty, which requires parliament approval according to the constitution.

"It is unnecessary to seek parliamentary approval because the issue does not involve Thai sovereignty," Mr Thani said.

The spokesman said Thailand's Geo-Informatics and Space Technology Development Agency, together with the Ministry of Agriculture and Cooperatives' royal rainmaking project, will work with Nasa.

Nasa requested the use of U-tapao airport in March last year, choosing the airport because of the equipment available there and its location at the centre of the Southeast Asia region.

Nasa intends to collect climate samples during the rainy season in August and September.

In 2001, Nasa used Hong Kong and Japan airports for similar purposes and did not take any photos from those airports, he said. The Chinese and Japanese governments had not felt that Nasa activity inside their territories comprised a breach of their sovereignty.

Mr Thani also said the Nasa project has nothing to do with the US Defence Department's proposal to use U-tapao airport to set up a centre for Humanitarian Assistance and Disaster Relief (HADR), a project initiated by former prime minister Abhisit Vejjajiva.

The leader of the opposition Democrats had floated the idea during an Asean-United Nations Dialogue in Vietnam two years ago in response to the more frequent disasters in the region. 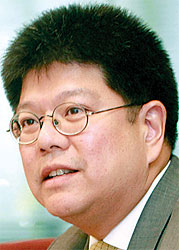 Mr Thani said the HADR project is still being negotiated between Thailand and the US.

Democrat deputy leader Thaworn Senneam said yesterday he will ask Prime Minister Yingluck Shinawatra to halt the plan to allow the US to use U-tapao airport for the purposes of the Nasa climate project.

The Democrats still have their concerns, he said.

Mr Thaworn, who sits on the House committee on state security, said he believes the agreement must get parliamentary approval under Section 190 of the constitution.

He said Nasa would gather information on strategic areas, both on land and in the seas, which could affect national security.

He said the US could use the information for military and economic purposes and this could also sow mistrust among neighbouring countries.

Mr Thaworn said the Nasa project is unlike the HADR, initiated by his party's government, which will have no impact on national security.

A Senate meeting yesterday debated the plan to allow Nasa to use the airport.

Senator Kamnoon Sitthisamarn agreed that the use of the airport must be approved by parliament.

Sen Somchai Sawaengkarn said the project would raise suspicions in neighbouring countries such as Cambodia, Vietnam and China, as it echoes the US's request for permission to use the airport during the Vietnam war.