SURIN – Fearful villagers in tambon Tha Sawang have hung red shirts in front of their homes to repel a "widow ghost" rumoured to have taken the lives of 10 apparently healthy men in the village since last month.

People in the village told a reporter that 10 strong men have mysteriously died, some in their sleep and others just dropped dead while walking.

Doctors said all of them died from respiratory failure.

A spirit medium hired by the villagers said the "widow ghost", or pee mae mai, also known locally as the lai thai (sudden unexpected death syndrome) spirit, was responsible for their demise.

The medium also told villagers to hang a red shirt outside their homes to repel the evil spirit and also warned that families with only one son have a higher chance of a visit from the ghost.

The reporter said that the widow ghost rumour has spread to other districts, such as Chom Phra and Tha Tum.

"The reason I hang a red shirt is not because of my political views, but it's because I am worried for my nephew's safety. I don't necessarily believe in the story but taking some precaution doesn't hurt," said a 61-year-old villager.

The red-shirt group, more formally known as the United Front for Democracy Against Dictatorship (UDD), is a political pressure group opposed to the yellow-shirt People's Alliance for Democracy (PAD) and those who support the military coup on Sept 19, 2006. Many of them are strong supporters of the Pheu Thai government.

Another villager, 42, said, "Some of the men who died did not show any sign of sickness, they were perfectly fine. When I heard about the rumour, I respected people's beliefs and put a red shirt on my front door as well." 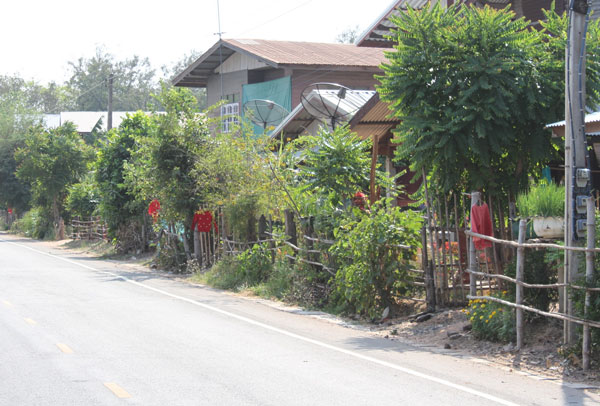 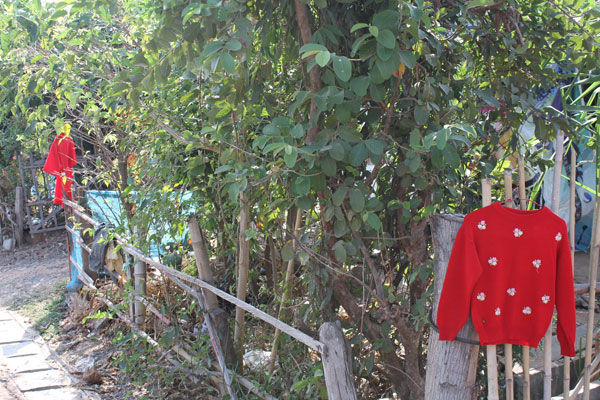 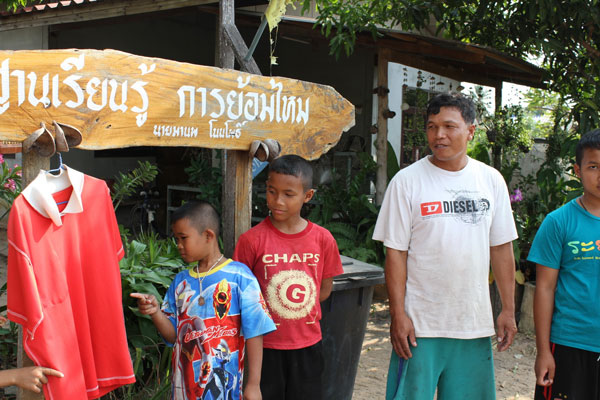