The committee had demanded Channel 3 hand over the finale of the controversial soap opera so it could decide if the content was inappropriate and threatened national security as claimed by the station.

Channel 3, however, informed the committee that it could not sumbit the videotapes of the last three episodes because they no longer existed, said Democrat MP Supachai Srila, who heads the committee.

The committee will submit its findings based on information obtained from those involved in the show to the National Broadcasting and Telecommunications Commission.

“Channel 3 will have to clarify it with the NBTC and must be able to answer questions from society,”  Mr Supachai said.

"Nua Mek 2" tells the story of a prime minister, his crooked deputy who is involved in a dubious satellite project and a sorcerer who performs black magic rites to manipulate political events.

Chatchai Plengpanich, the series' producer and lead actor, told the House committee on Jan 16 that before his team began producing the series, an abridged version of its script, synopsis and a cast list was submitted for approval to Channel 3. When finished, every episode of the series was resubmitted to the channel's censor before they being allowed to go to air.

However, he never received a clear explanation from Channel 3 as to why the last three episodes of "Nua Mek 2" were abruptly pulled off the air, Mr Chatchai said.

Somrak Narongwichai, acting managing director of TV Channel 3, told the panel he was responsible for the cancellation of "Nua Mek 2". He insisted no third parties had influenced him to make the decision, saying the ban was to prevent possible defamation lawsuits.

He said the channel holds the copyright to the series and the last three episodes will not be released through any other media. 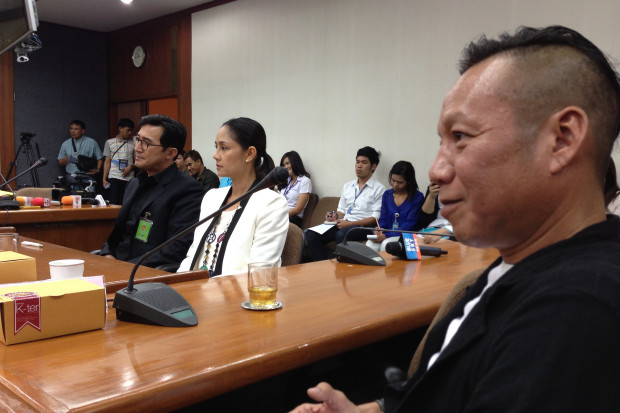 "Nua Mek 2" producer Chatchai Plengpanich (left) and his actress wife Sinjai told a House committee they had no idea why the series was abruptly cancelled by Channel 3. Post Today photo.

Part of Poipet locked down amid Covid surge

Some areas in Poipet, some near the Thai border, have been closed by Cambodian authorities after a Covid-19 spike in the township.

JAKARTA: Indonesia's consumer confidence index rose to 101.5 in April, from 93.4 a month earlier, indicating optimism returning for the first time in a year as worries over the coronavirus pandemic eased, a central bank survey showed on Monday.

New police look in the works

Harnessing nature for the future