The government plans to purchase more large-sized condoms, to cater for the growing needs of Thai men under 30 years of age. 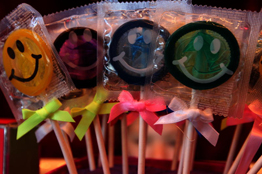 The Health Ministry says that Thai men are getting taller and heavier, so need larger condoms to match. The government plans to purchase more large-sized condoms, to cater for their needs.

Pornthep Siriwanarangsun, director-general of the Disease Prevention and Control Department, said on Friday that the Ministry of Public Health is looking to buy more condoms with a width of 54 millimetres to satisfy the needs of younger users.

"More Thai men are now over 170 centimetres tall and exceed 70 kilogrammes in weight. They can no longer use condoms with sizes of 49mm and 52mm," Dr Pornthep said.

"Small condoms make them feel uncomfortable and eventually they won't use them."

He said about 43,000 people were likely to be infected with HIV between 2012 and 2016. Encouraging people to use condoms with others who are not their normal partners would help reduce the rate of HIV infection.

The health ministry will also encourage people who are at high risk of catching HIV to have blood tests. Those found to be infected will be promptly treated to prevent the spread of infection, he said.

About 230 million condoms are sold nationwide each year but the ministry and the National Health Security Office can provide only 40 million condoms annually. The campaign needs more support from the public and private sectors, he said.

"The amount of money needed to finance this campaign is actually very little. A person who is infected may have to spend money getting treatment for the rest of his or her life.