Pheu Thai member Somchai Wongsawat dismissed widespread social media reports that he and his wife Yaowapa, or fellow former premier Yingluck Shinawatra had slipped out of the country.

Mr Somchai was speaking to reporters following reports that Shinawatra family members and some cabinet ministers had fled abroad or gone to stay close to the northern border for fear of being arrested following the declaration of martial law on Tuesday. 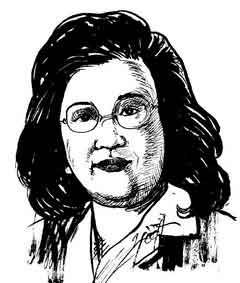 With husband Somchai Wongsawat and sister Yingluck both kicked out of office as prime minister, Yaowawat Shinawatra, is emerging as the likely choice to lead Pheu Thai Party into the next election.

The former prime minister said he has not fled the country to Cambodia as claimed by reports, and Ms Yingluck was still in Thailand, but he declined to say where she was.

Mr Somchai said he sometimes goes to Chiang Mai to visit his daughter who works as a prosecutor there.

There have been no problems for him travelling anywhere and the military is not monitoring his movements, he added.

Pheu Thai spokesman Prompong Nopparit also denied the report, saying the party’s key figures and members are carrying on their work as usual. The caretaker cabinet has to continue working because the constitution is still in force, he said.

Acting caretaker Prime Minister Niwattumrong Boonsongpaisan told cabinet members Wednesday to leave the Office of the Permanent Secretary for Defence in Muang Thong Thani and work at their respective ministerial offices instead.

Ministers need to continue performing their duties to serve the people in line with section 181 of the charter, he said.

The section requires that the cabinet continue to carry out its duties until a new cabinet has been sworn in.

He also reportedly instructed ministers who are still unable to work at their offices to go to other offices to carry out their work.

Mr Niwattumrong, meanwhile, has been working at the Commerce Ministry in Sanambin Nam, Nonthaburi, since Wednesday morning.

Suranand Vejjajiva, the prime minister’s secretary-general, said the relocation of the cabinet’s workplace had nothing to do with a conflict with the military following the invocation of martial law.

Mr Suranand said Tuesday’s informal cabinet meeting came to the conclusion that the military should deal with security issues, while the cabinet must continue working.

Army chief Prayuth Chan-ocha has ensured that protesters cannot move around freely any more, and ministers can go back to their respective offices because martial law has restored order, Mr Suranand said.

According to a government source, defence permanent secretary Nipat Thonglek held talks Wednesday with Mr Niwattumrong discussing how welcome the cabinet felt during its time working at the office.