Panthongtae “Oak” Shinawatra, the only son of ousted prime minister Thaksin Shinawatra, was not being detained by the junta, the deputy army spokesman said Sunday. 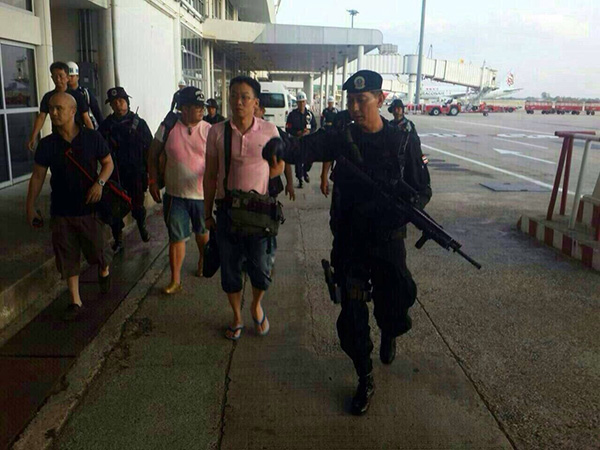 Col Winthai Suwaree made the comment during the military junta’s routine press conference on Sunday in response to the circulation of two photos online which show Mr Panthongtae being escorted by armed soldiers at a place that appeared to be Chiangmai International Airport on Saturday evening.

After the photos went viral, media reports quoted Maj Gen Sarayuth Rungsri, commander of the 33rd Army Circle, as saying Mr Panthongtae was held at the airport before being taken to Bangkok by helicopter. The general declined to give further details. Rumour had it that soldiers had taken Mr Panthongtae to an undisclosed location in the capital where he was being held in custody.

But Mr Panthongtae’s younger sisters, Peathongtarn and Pinthongta, quickly took to their Instagram pages to deny the rumour and said he was “well and safe”.

Mr Panthongtae said on his Twitter page early Sunday morning that the soldiers in the photos only accompanied him to “see him off” at the airport but did not elaborate further.

In a vague explanation, Col Winthai said, “Oak Panthongtae was previously in Chiang Mai and after officers had 'talked and made an understanding with him', he was then sent to his home in Bangkok as he requested.”

Col Winthai said there was no detention of Mr Panthongtae as rumoured in the social media. The incident had nothing to do with animosity or personal affairs but to ensure the smooth operation of the bureaucratic administration and peace-keeping missions in order to move the country forward.

He said 90% of those who had been summoned to report to the National Council for Peace and Order (NCPO) voluntarily showed up at military facilities themselves and were not led by soldiers.

Thaksin’s son, who is executive vice president of Voice TV, has been using his Facebook page, which gets 2.3 million “likes”, to post messages to counter political opponents of the Shinawatra family and Pheu Thai Party. 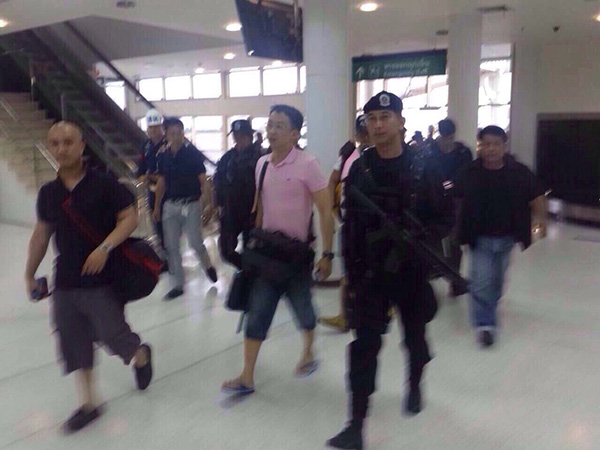