The assistant national police chief said on Tuesday police would launch a sweeping crackdown on teenage motorcycle gangsters racing on public streets in Bangkok and five nearby provinces, starting tonight. 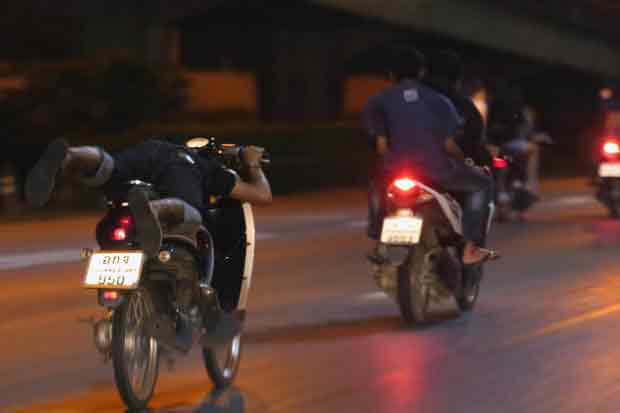 Pol Lt Gen Ruangsak Charitek, who oversees traffic affairs, said he had ordered superintendents of all police stations in the areas to supervise the clampdown directly and report to him once a week.

They would face disciplinary action if found to be lax in handling the problem, he said.

The police would take pre-emptive measures by trying to stop youngsters from holding races in known areas, produce a map of street racing teen gangs and monitor their movements closely.

Tough legal action would be taken against the teen racers, their parents and owners or mechanics of motorcycle shops offering engine modification services, as well as watchers.

The police would ask paramedics and rescue workers of Ruamkatanyu and Poh Teck Tung foundations who work night shifts to help report the gatherings or street races. He urged the public to report such incidents via the 1599 hotline which opens 24 hours a day. 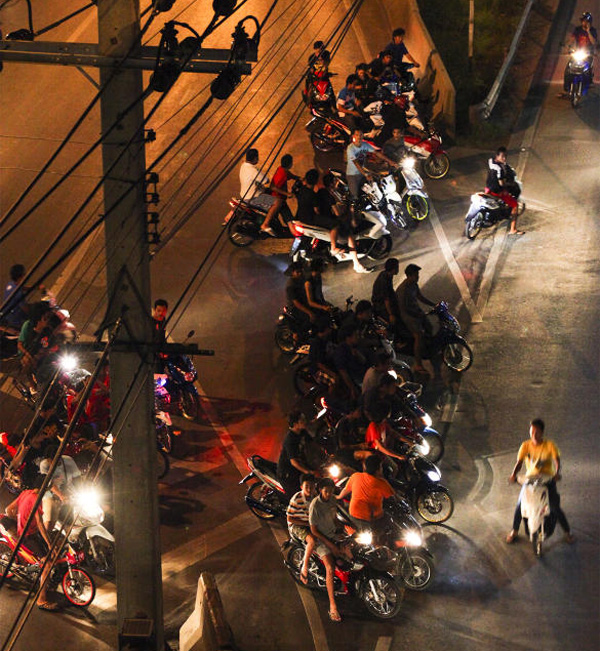