The 28 members of the National Legislative Assembly who earlier sought a court order so that they would not have to declare their assets turn out to have net worth ranging from 5 million to 838 million baht.

The group, led by Gen Noppadon Intapunya, in August filed a petition with the Central Administrative Court to revoke the National Anti-Corruptipn Commission's resolution requiring all NLA members to declare their assets.

They claimed they were not politicians and not subject to the rule, but the Supreme Administrative court dismissed their petition on Sept 30.

The group became the focus of intensified Thai media attention after the assets of all NLA members were disclosed to the public on Friday.

The combined net worth of the 28 reluctant lawmakers is 4.54 billion baht (see chart) or an average of 162 million baht per person.

The net worth is calculated from their assets and those of their registered spouses minus the liabilities of the couples. 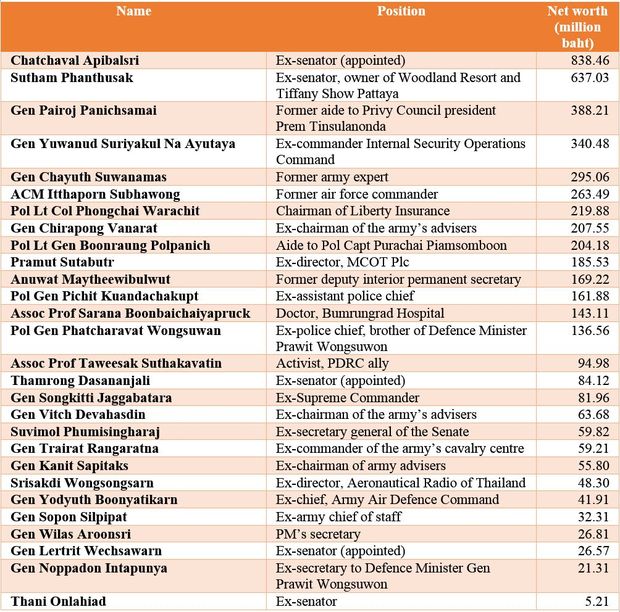