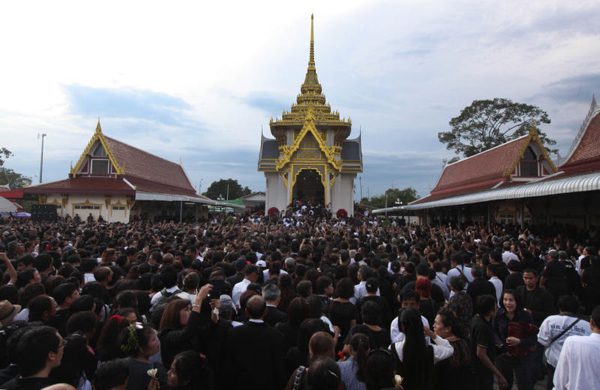 Col Apiwan, a former core member of the red-shirt United Front for Democracy against Dictatorship (UDD), died from a lung infection on Oct 6 at the age of 65 in the Philippines.

He fled the country after the May 22 coup and was wanted under an arrest warrant for lese majeste.

His body was flown back to Thailand from the Philippines on Oct 10.

About 200 crowd control police and 100 defence volunteers of Nonthaburi have been deployed in and outside the temple to ensure security and provide convenience for guests.

A large number of red shirts turned out in black for the cremation which was scheduled for 4pm.

Former prime minister Yingluck Shinawatra will preside over the ceremony.