Deputy Foreign Minister Don Pramudwinai conveyed Thailand’s strong disapproval of comments made this week by a visiting American diplomat during a meeting today with the US charge d'affaires.

Mr Don communicate the country's reaction to the US embassy's W. Patrick Murphy about "disappointing" comments made in a speech at Chulalongkorn Unviersity Monday by visiting US Assistant Secretary of State for East Asian and Pacific Affairs Daniel Russel. 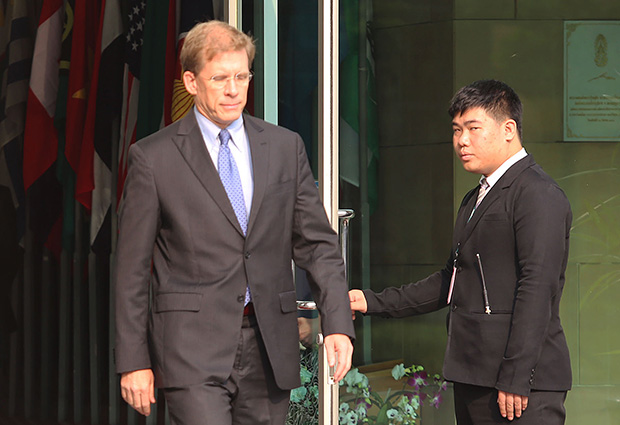 "I met with Mr Murphy to tell him that Thai people are disappointed with the reaction from the US. This is a wound that the US inflicted on Thai people. I hope that in the future the US will make proper and constructive comments," Mr Don told reporters.

During his visit on Monday, Mr Russel expressed concerns about political fairness, freedom of expression and martial law.

"We are concerned about the significant restraints on freedoms since the coup, including restrictions on speech and on assembly," Mr Russel said in his Chulalongkorn speech, the full text of which was released online late Tuesday.

"We're also particularly concerned that the political process doesn't seem to represent all elements of Thai society," he continued. "But an inclusive process promotes political reconciliation, which in turn is key to long-term stability. That's where our interests lie. The alternative - a narrow, restricted process - carries the risk of leaving many Thai citizens feeling that they've been excluded from the political process."

Following his meeting with former prime minister Yingluck Shinawatra, Mr Russel also spoke at the university about America's reaction to her removal in the May 22 coup and last week's impeachment.

"When an elected leader is removed from office, is deposed, then impeached by the authorities - the same authorities that conducted the coup - and then when a political leader is targeted with criminal charges at a time when the basic democratic processes and institutions in the country are interrupted, the international community is going to be left with the impression that these steps could in fact be politically driven," Russel said. 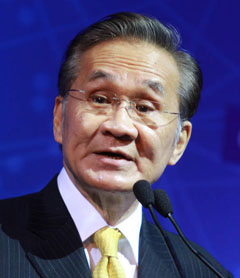 "I asked (Mr Murphy) if it was appropriate for the US to make comments and organise a discussion at Chulalongkorn University," Mr Don said Wednesday. "In my long experience as an ambassador, I would not have made such statements. If I spoke, I would speak constructively, be helpful, and develop understanding."

"Democracy," Mr Don added, "does not mean only elections. There are many related elements essential to lead the nation to sustainable development. Although the present government was not elected and is a military one, it does everything in the national interest."

He also refuted Mr Russel's assertion that the impeachment of Ms Yingluck was politically motivated. He said it was legal process started over her administration's rice-pledging scheme.

Mr Don also took exception to Mr Russel's call for an end to martial law. At Chulalongkorn, he said "ending martial law throughout the country and removing restrictions of speech and assembly ... would be important steps as part of a generally inclusive reform process."

Mr Don said he wondered whether the US would take any responsibility if lifting martial law had adverse results. He added that most Thais don't feel any impact of martial law and accepted it with no concerns.