Citing intelligence reports, Gen Tawatchai, who serves as a member of the National Reform Council (NRC), claimed recent attacks in the southernmost provinces were linked to political movements.

He also indicated evidence suggests more funds would be allocated to instigate violence.

The NRC member also alleged two unnamed parties were mobilising funds to incite violence in the South and recruit at least one million people to rally in Bangkok to oust the government. 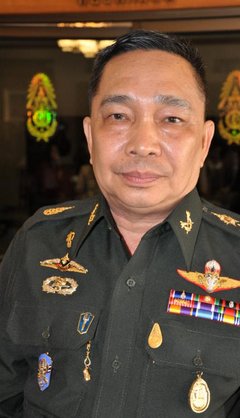 Democrat member Thaworn Senniam said Gen Tawatchai should disclose the names of the parties and file complaints with the authorities including police and the National Council for Peace and Order if he really believes his claims.

Mr Thaworn said the allegations are so serious that the Election Commission should launch a probe and if any wrongdoing is found, the parties must be dissolved.

"As for Gen Tawatchai, he must take responsibility for his words and he has to get rid of evil people and political parties," he said.

"I'm urging him to name the parties. Ambiguity is dangerous."

Worachai Hema, a Pheu Thai Party member, said the NRC member has turned against political parties because the NRC has achieved nothing substantial.

"These people blame political elements when they are caught in a difficult situation. They throw mud at others to get an easy way out," he said.