Members of Resistant Citizen group gathered last March in front of the Courts of Justice office on Ratchadaphisek Road to petition judges. The Appeal Court has accepted their complaint, and ordered the National Council for Peace and Order (NCPO) to answer charges the May 22, 2014, military coup was an illegal rebellion against the state. (Photo by Apichit Jinakul)

The Appeal Court has ordered Gen Prayut Chan-o-cha and four other leaders of the National Council for Peace and Order (NCPO) to produce defence statements to the petition lodged by an anti-coup group against them for rebellion.

The move came Monday after the Appeal Courts accepted for consideration a petition lodged by the Resistant Citizen anti-coup group against the NCPO executives for rebellion following their staging of the coup on May 22 last year.

The court ordered the five NCPO members to produce statements countering the group's petition and send them to the court within 15 days.

On May 22 this year, 15 members of the Resistant Citizen group led by Pansak Srithep filed a lawsuit against the five NCPO members for alleged rebellion in violation of Section 113 of the Criminal Code by launching a coup and taking over the country's administration.

The Criminal Court rejected the lawsuit seven days later, saying Section 48 of the interim charter exempted the NCPO members from all illegal offences.

On July 19, the Resistant Citizen group petitioned the Appeal Court against the lower court's ruling that threw out the case. 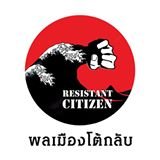 Under NCPO Order No.21, issued on May 23, 2014, 155 people, including Mr Wattana, were prohibited from travelling abroad without the NCPO's permission.

On Aug 3, the court rejected his petition, citing Section 47 of the interim charter which says practices adopted by the NCPO are constitutional and must be followed.