Another group of anti-junta demonstrators were stopped Monday from visiting scandal-hit Rajabhakti Park, which was unexpectedly closed.

The would-be visitors claimed to be a pro-democracy group from Bangkok. Soldiers stopped them in Ban Pong district of Ratchaburi province, about 200 kilometres from Prachuap Khiri Khan where the park is located.

Army spokesman Winthai Suvaree said the demonstrators were well-known activists who were making the Rajabhakti trip for political gain. They were stopped to prevent a confrontation with locals who wanted to protect the park.

At about 9.45am the carriage on which about 40 of the Prachathipatai Sueksa ("Democracy Studies") activists were traveling was disconnected from the southbound train, with the rest of the cars sent on their way. The would-be demonstrators were told to disembark and were initially detained at the Ban Pong train station before being taken on military buses to an undisclosed location.

It was reported later that the demonstrators were brought to an army base in Nakhon Pathom’s Buddha Monthon district. Col Winthai said they would be brought for a discussion before being released.

Rajabhakti Park in Hua Hin district was closed on Monday, supposedly for maintenance on its access roads. 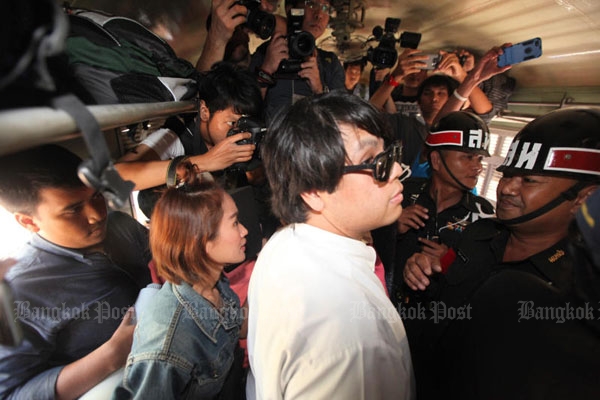 The demonstrators earlier planned to reach the park of giant statues of former Thai kings to voice disapproval of alleged irregularities of the 1-billion-baht park project by the army.

The government on Sunday warned the public not to use the army-built park that has become the focus of an alleged corruption scandal as a tool to protest the junta.

Government spokesman Sansern Kaewkamnerd said everyone was free to visit the tourist attraction, which features giant statues of former Thai kings, but they must ensure no one has ulterior motives.

On Nov 30, several leaders of the red-shirt United Front for Democracy against Dictatorship were stopped in Samut Sakhon province on their way to the park.

The abrupt closure of the billion-baht park on the last day of the Father's Day long holiday weekend left many prospective visitors disappointed Monday morning. 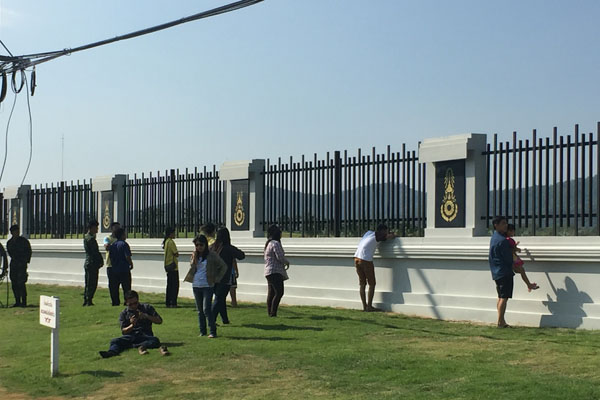 Metal barriers were placed at the entrance and manned by police and soldiers. Traffic cones were seen on the side of Phetkasem Road in front of the park to prevent tourists from parking. There are also two security checkpoints on the Phetkasem Road leading to the park.

Many opted to park their cars nearby on both sides of the road and looked at the park from outside the walls.

Officers who guarded the entrance told the visitors that the park was closed today to repair roads leading to the venue and did not say when it would re-open.

But local media speculated that the army closed the park to prevent possible confrontations between loyalists in Hua Hin and the Prachathipatai Sueksa activists.

It was reported that a group of angry Hua Hin residents planned to gather at the park to block the activists as they felt the place was a sacred royal venue and should not be "politicised".

Following the incident, British ambassador to Thailand Mark Kent tweeted, "I had hoped the fact 200 people allowed to demonstrate at the US embassy might be relaxation on freedom of assembly."

He referred to the rally in front of the United States embassy in Bangkok in late November to protest comments by American ambassador Glyn T Davies critical of jail sentences imposed in lese majeste cases.

The park will re-open on Tuesday, according to a highly-placed source in park management.

Most security and administrative officers left the attraction by Monday evening and the two road checkpoints erected earlier in the day were removed. Only a few soldiers remained at the entrance to direct traffic. 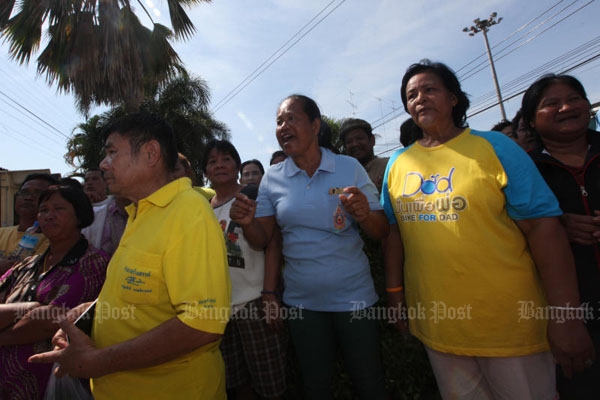 Local people gather at the Ban Pong railway station, Ratchaburi, to shout their disapproval of the demonstrators on Monday. (Photo by Wichan Charoenkiatpakul)

Thousands of protesters gather at Sanam Luang ahead of a march on Sunday that organisers say will mark the formation of a “new People’s Party”.

The Internet Dialogue on Law Reform (iLaw) says it will formally present a people’s version of a bill to draft a new constitution to Parliament on Tuesday.