An NACC investigative sub-committee, chaired by Vicha Mahakun, decided in February to charge the three for ordering the crackdown after relatives of the 99 people killed lodged complaints with the agency.

The NACC voted 7-0 in favour of Mr Abhisit, Mr Suthep and Gen Anupong, who were then part of the defunct Centre for the Resolution of the Emergency Situation (CRES) which handled the government's response to the protests.

NACC secretary-general Sansern Poljeak said the panel agreed it was necessary for the three officials to order soldiers to carry weapons during the operation to reclaim demonstration sites as some demonstrators were armed.

The Criminal Court also ruled that the demonstrations were not peaceful.

Mr Sansern said the security force did not target unarmed protesters at the Ratchaprasong intersection, but moved in to pressure the armed men hiding in Lumpini Park on May 19, 2010.

The officers had followed standard procedures by ordering the protesters to leave the area and proceeded from light to heavy measures, Mr Sansern said.

The NACC, however, decided to forward the case to the Department of Special Investigation, asking it to scrutinise the role of soldiers at operational levels and their commanders directly in charge of the military operation and their involvement with the victims killed. 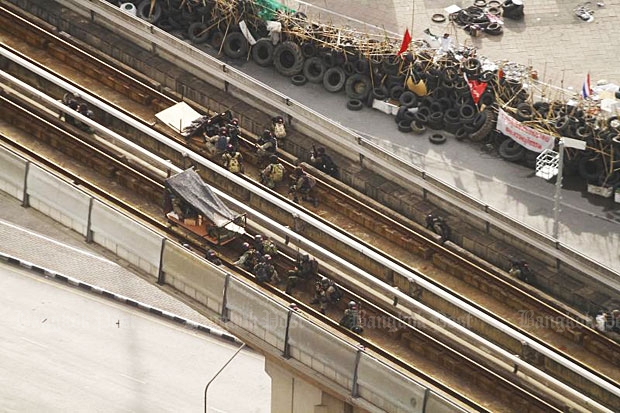