Deputy Prime Minister Prawit Wongsuwon on Sunday backed a police action against a member of the National Legislative Assembly (NLA) who forwarded a chat message accusing an army general of being involved in position-buying in the police force.

Gen Prawit, also defence minister, said police were right to take legal action against NLA member Adm Phajun Tampratheep because the message undermined the police. Police issued a summons on Friday requiring Adm Phajun to report to the Cyber Crime Division, under the Central Investigation Bureau, on March 10 to acknowledge a charge of violating the Computer Crime Act.

Adm Phajun, a former close aide to Privy Council president Gen Prem Tinsulanonda, reportedly forwarded a Line chat message to his friends about alleged involvement of an army general close to the cabinet in position-buying.

Gen Prawit said the police took action because their community was discredited by the message and no one would let their organisation be undermined. He insisted there had been no position-buying as long as he had been in charge and those who claimed they could secure police posts in that way were lying to get money. 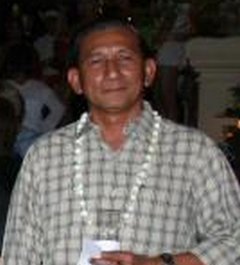 Meanwhile, Adm Phajun on Sunday dismissed the police summons as insignificant. He said the Line message referred to problems relating to a police reshuffle but no one was specifically named. He received the message from a friend and sent it to two friend groups to ask if anyone could verify the information.

As the chairman of the NLA's sub-committee on police reforms, he said he was gathering details to send to the prime minister.

However, he questioned the timing of the police action, saying the message was sent several weeks ago.