PARIS (18 June, 2019) – SKYTRAX revealed its 2019 World Airline Awards at the Paris Air Show on Tuesday, 18 June, 2019 and EVA Air was a winner. EVA has been certified as a SKYTRAX 5-Star Airline for the fourth year in a row and won double top spots for the World’s Best Airline Cabin Cleanliness and Best Economy Class Onboard Catering. On top of that, EVA was also ranked 6th among the “World’s Top 10 Airlines.”

EVA has now earned SKYTRAX 5-Star Airline certification every year since 2016. EVA has upheld this distinction’s high standards by continually optimizing service delivery both in the air and on the ground. And it has steadily upgraded software and hardware to optimize the overall passenger experience. EVA has paid close attention to every aspect of its operations, including small details such as cleanliness in every corner of every aircraft cabin. Travelers responding to this year’s worldwide SKYTRAX survey let it be known that they notice this kind of attention to detail by singling out EVA for "Best Cabin Cleanliness in the World."

EVA also keeps menus fresh by changing them seasonally and offers tempting dishes for different appetites. In Premium Economy and Economy Classes, it uses seasonal, locally produced ingredients to create dishes with home-made flavors. It designs plating with foods of different colors to make meals interesting and inviting. The porridge presented with tasty side dishes that the airline serves for breakfast on long-distance routes and the Japanese-style cold lunches on summertime fights to Japan both earned favorable comments and advanced EVA to the number one spot for Best Economy Class Onboard Catering this year for the first time. 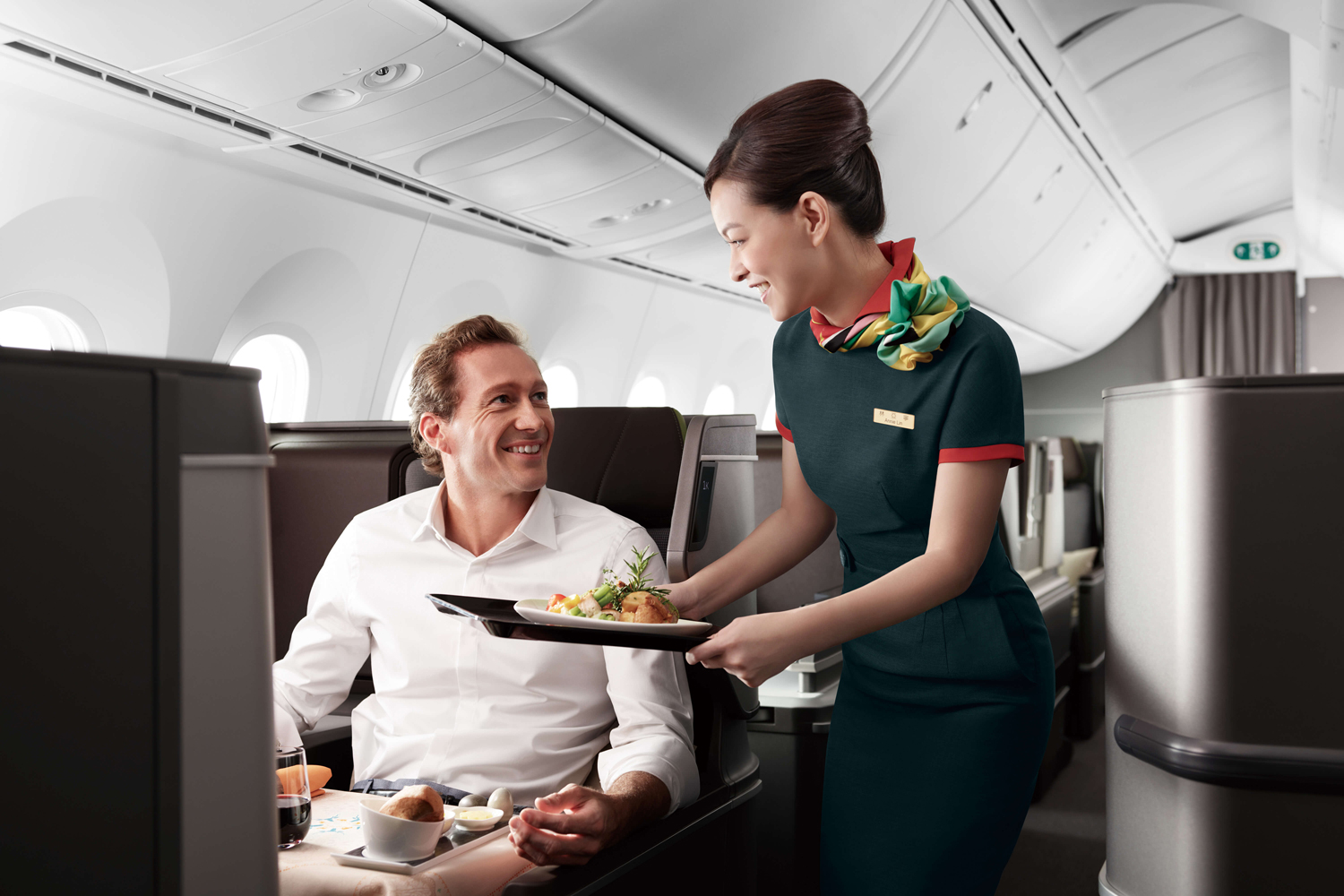 “We are grateful for all of the supports from passengers around the world,” said EVA President Clay Sun. “Our goal is not only to provide an airline experience that meets 5-Star standards but also to challenge ourselves and elevate our products by attending to details and providing the most caring and exquisite services. We aim to make every journey with EVA Air a delightful experience for every passenger.”

SKYTRAX is a prestigious international air transport ratings organization that advises airlines and airports around the world on quality improvements and recognizes the world’s best airlines through analyses of global passenger satisfaction surveys. It has become established as an important reference source for airlines, the tourism industry and frequent flyers. SKYTRAX conducted its annual airline survey online, by phone and using questionnaires between September 2018 and May 2019.  More than 20 million travelers in over 100 countries responded to the questions and offered comments on 49 airport and onboard service areas.

EVA has been winning SKYTRAX awards since 2008 when its innovative cabin in-between Business and Economy Classes was recognized as the World’s Best Premium Economy Class.  In SKYTRAX’s 2019 World Airline Awards, EVA has earned even more recognition and high service rankings.