Luminox joins hands with SEAL to proudly introduce the new Limited Edition Thai Navy SEALs Watch, especially inspired by the Navy SEALs mantra “No Space for the Weak” with only 999 units available for sale in Thailand.

The Limited Edition Thai Navy SEALs is inspired by a great number of dedication conducted by SEAL, especially one of the most daring and widely publicized cave rescues of 13 young footballers from Wild Boar Football Club and their coach who were trapped in Tham Luang Nang Non cave in Chiang Rai Province. The watch also adopts the honorable spirit of the Navy SEALs mantra, whose core values embrace never quitting, and doing whatever it takes to pull your teammates through.  From strenuous conditioning on both land and sea, to weathering the most grueling conditions, Navy SEALs are constantly pushed to their limits during training so that only the toughest minds, bodies, and souls have the honor of earning Navy SEALs status.

Khun Vipawan Mahadumrongkul, Managing Director of C.Thongpanich Co., Ltd. said, "Luminox Thailand deliberately designed this Thai Navy SEALs special edition to promote and encourage people in all sectors to pay attention to  the daring missions Navy SEALs undertake. We also took this opportunity to support this honorable organization by producing 999 units of this limited edition timepiece priced at 19,500 baht which a portion of every sale will be donated to the Navy SEALs" 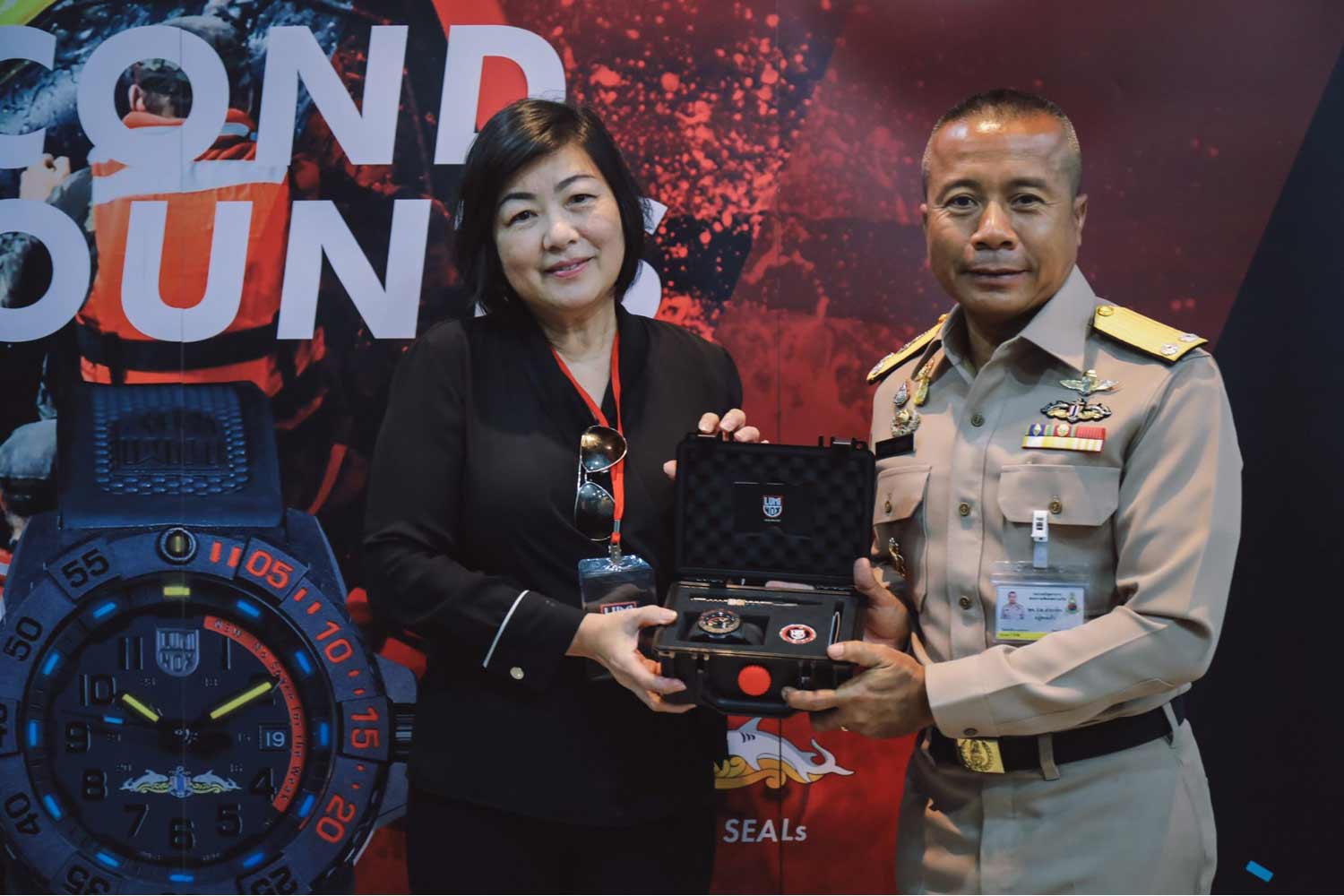 The Thai Navy SEALs 3500 Series features several upgrades designed to function in all circumstances and to weather the toughest obstacles in the harshest environments. The eye-catching black case is made of Carbonox ™, an innovative carbon compound material and a trademark of Luminox. Thanks to Carbonox ™, not only is the Thai Navy SEALs 3500 Series six times lighter than steel and more durable, but it is also friendly to those whose skin is easily irritated. The 45mm scratch-resistant crystal displays the Thai Navy SEALs symbol and its mantra “No Space for the Weak”, which its abbreviation “NSW” also stands for Naval Special Warfare Command. This symbol is also engraved on the back of the watch.

The tempered mineral glass and the double gasket stainless steel crown enables water resistance up to 20 ATM. The 22mm-wide genuine high quality silicone rubber strap (PU) comes with the renowned Luminox Light Technology (LLT) providing unmatched night visibility through a self-powered illumination system that lasts up to 25 years without requiring an exterior light source or the push of a button.

Military-inspired by the SEAL spirit with a superior design and exceptional features, the Luminox Limited Edition Thai Navy SEALs 3500 series is a precious timepiece of the best-selling Navy SEAL collection inspiring those who have it strapped to their wrist to push their limits and overcome any challenge in their way. 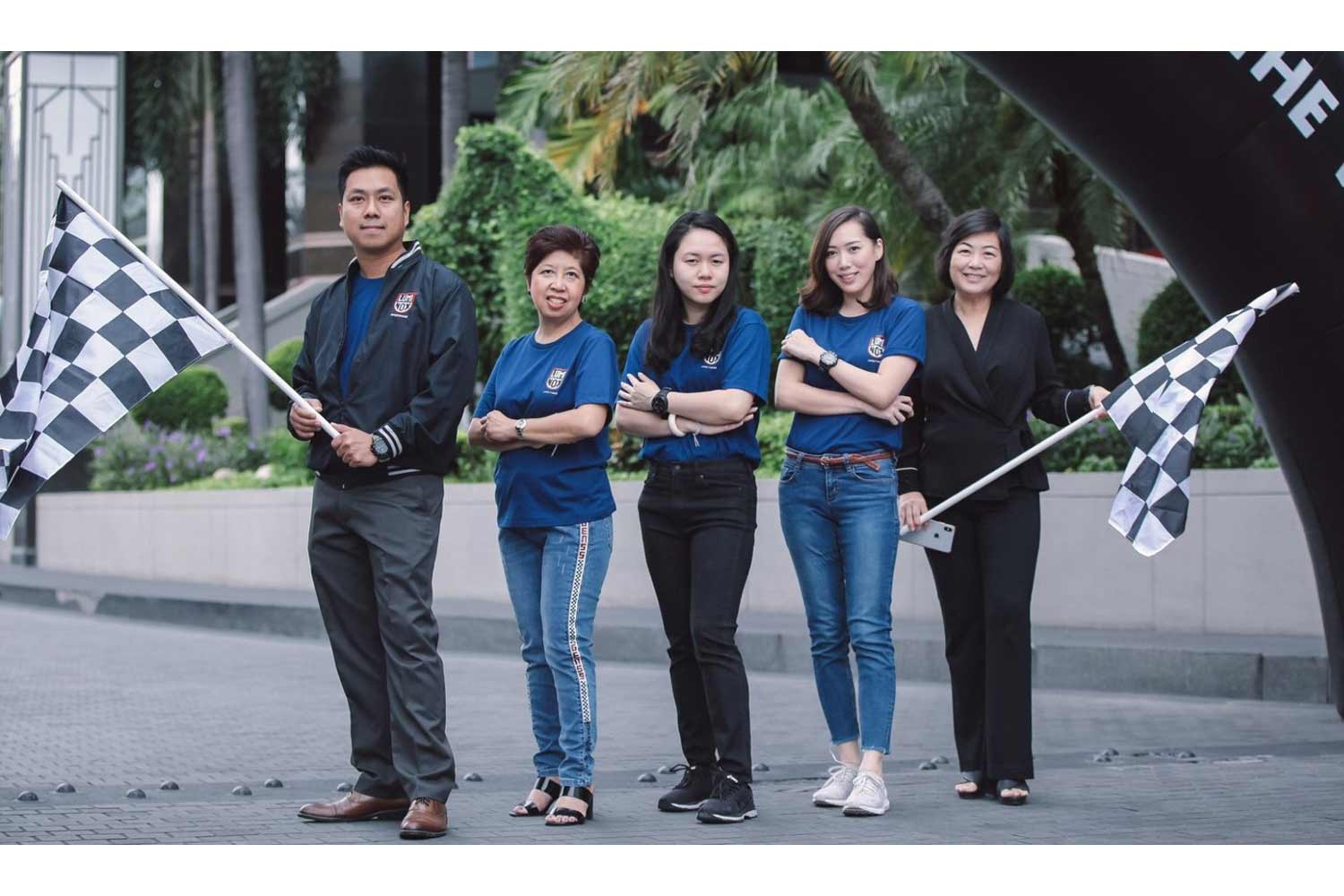 RIYADH: Saudi Arabia on Thursday suspended foreigners' entry for the Umrah pilgrimage and tourism from countries where the new coronavirus has spread, as a growing number of cases outside China deepened fears of a pandemic.