TCM Corporation (TCMC) is continuing to install carpets for large projects while preparing to receive large revenues through year-end. The company recently expanded its production of carpet sheets backed with used plastic bottle material to help conserve the environment and noted that the response from customers has been outstanding.

M.L. Walliwan Varavarn, Chief Executive Officer, TCM Corporation Public Company Limited, a leading carpet, flooring and furniture enterprise and producer of textiles for the automotive industry, said that: “The company is confident that its total revenue in 2019 will grow 7-10 percent from the previous year to 9.59 billion baht, in accordance with the target announced earlier this year. In the second half of the year, the company still has orders for large projects in the flooring business group. At the same time, the company has emphasized the design of unique products by collaborating with famous designers along with maintaining production quality with standards that are recognised worldwide. The company has confidence in its plans to strengthen its furniture business group by merging two companies in England and having a joint management team. This will ensure that the company achieves its goals, reduces production costs, and creates more profit.” 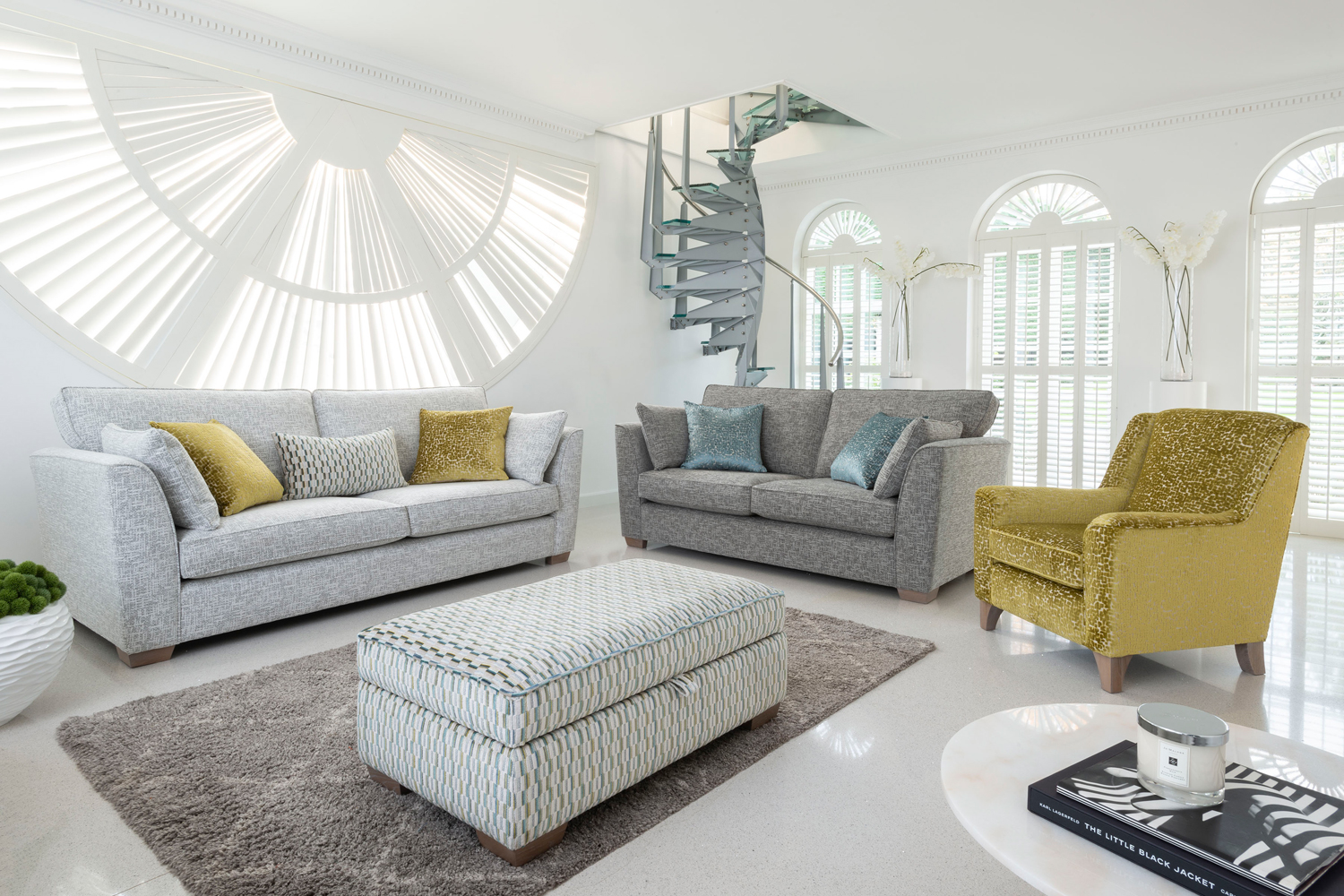 In response to the rising trend of environmental concern, the company has expanded production of carpets to include natural and environmental conservation products in a move toward becoming an organisation supporting sustainability through efficient use of resources. The firm has produced environment-friendly products under the "Carpets Inter" brand as leading organisations are more alert and interested in preserving nature and the environment.

This year, the company instigated a policy to promote environmental conservation by developing EcoSoft® carpet tiles with rubber. The tiles are made from recycled plastic bottles. The material offers high flexibility and absorbs sound better than the older PVC rubber. It also saves energy, especially air-conditioning. Orders are increasing from both the public and private sectors.

The company continues to focus on B2B models and large projects, especially in America, Europe, the Middle East and Asia markets, where it has participated in many trade exhibitions. In May this year, the company joined the Hospitality Design Exposition & Conference (HD Expo) held in Las Vegas, United States. The shows help the company gain more recognition and become highly accepted in international markets.

In the furniture business group in the UK, the firm operates under Alstons and DM Midlands with four marketing brands. The firm has moved toward establishing a management team consisting of personnel from both companies. All subsidiaries are managed under the name of "TCM Living" in order to have more efficient management and reduce production costs. This is also in preparation for entering the Alternative Investment Market (AIM) in the UK. Currently, the company is in the process of studying the information and preparing to appoint an agent to list the company on the stock market as it aims to expand its capital base going forward. The company is also selling 29 rai of land that was the location of its original production plant. All production bases have been moved into one area of 100 rai at the Pathumthani plant. The firm is considering several bids for the land. The proceeds will pay down debt and provide working capital.

"Although the results of operations in the second quarter of 2019 were not as impressive as expected, we stand by our plan of action and expectation of achieving the goals we announced at the beginning of the year. It is expected that in the fourth quarter, the operating results will return to positive, as in the previous year where we faced a shortfall in the first half. This is because the company has taken on many large carpet installation projects that require time to operate. However, from the end of the third quarter of 2019 onwards, work will be gradually delivered and the firm will be able to continuously book revenue. Moreover, we have expanded our production line to reflect environment concerns and we are penetrating new markets accordingly. All this bolsters our confidence in achieving our full-year revenue target.”

In the first half of the year (January - June), the company recorded total revenue of 4. 4 billion baht and a net loss of 54.73 million baht. The loss was due to lower income from flooring business trading and service due to the low season and baht appreciation. Moreover, purchase orders received for big projects take time to deliver, creating a delay in booking revenue to the following quarter.

The cost of sales and services in the flooring business accounted for 63.48 percent of sales. The increase was due to an improvement in production after the factory relocation in the first quarter of 2019. This resulted in more efficient utilisation of production capacity. However, the company had higher selling and administrative expenses due to plans to expand into new segments such as casinos, cruise ships, private jets and others. There was also an investment in human resources at the end of 2018. However, these will result in positive outcomes for the company in the long run.

As for the financial statements in the second quarter of 2019, there was an improvement in the post-employment benefit adjustment program under the Labour Protection Act. This resulted in the company having an employee reserve benefit of 61.04 million baht. The accounting standard is set for recognition of this amount in the income statement for the 2Q / 2019. Central administrative expenses of the Corporate Office were allocated along with financial expenses, affecting the loan interest for the credit line used during the acquisition. Excluding other expenses, the flooring business unit recorded an operating loss of 41.44 million baht.

In terms of carpets and textiles for the automotive industry, income shrank 9.7 percent due to stable market conditions and fewer customers calling for products, resulting in lower production. Cost of sales and administration increased due to the higher proportion of sales and production of artificial leather products (PU, PVC). 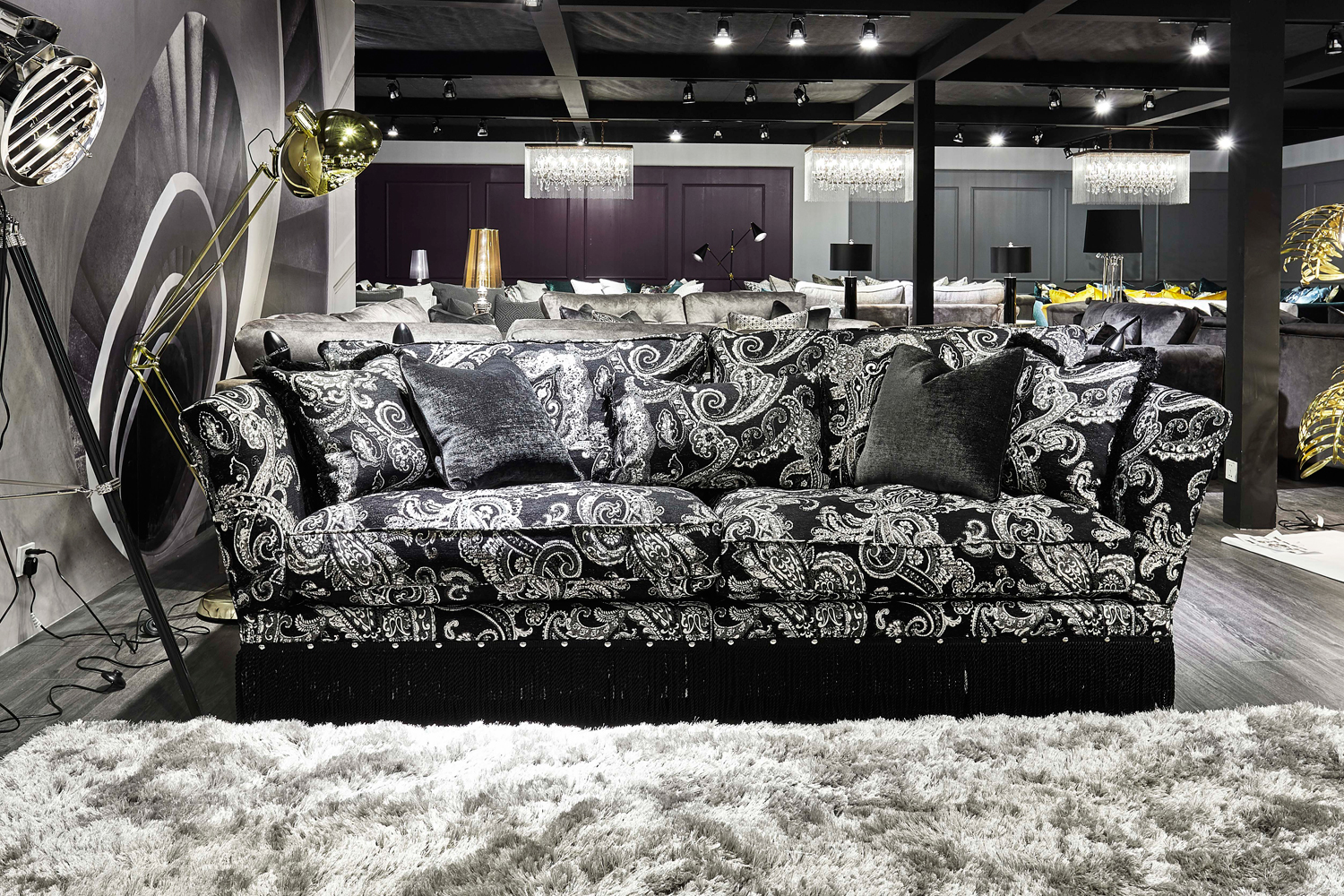 The financial statements for the second quarter of 2019 saw adjustments for post-employment benefit plans under the Labour Protection Act. This resulted in the company increasing liabilities for employee benefits by 3.38 million baht. Central administrative expenses were incurred by the Corporate Office. Excluding other expenses, the carpet  and textiles for the automotive industry business unit had an operating profit of 93.95 million baht.

For the furniture business unit, if not for the currency strength, the sales and services would show a 5.7 percent increase. In the first half of the year, the company had more orders than production capacity, so DMMH had to hire other manufacturing plants to help with production. This resulted in a slightly higher cost ratio. Cost of sales also increased. However, administrative cost decreased. Thus the furniture business recorded an operating profit of GBP 3.58 million.