ICONSIAM has teamed up with Right Man Co Ltd to present a new travel experience – the first of its kind in ASEAN – with the Zheng Zhao Floating Museum that is the first floating museum on the Chao Phraya River, the historical river that the naval fleet of junks modified for military operations used during restoring Siam’s independence after the second fall of Ayutthaya.

To commemorate the 250th anniversary of the founding of Thonburi, the former capital of the Kingdom, and the legacy of its ruler King Taksin the Great, the life-size statue of King Taksin holding a sword is enshrined on the deck giving a chance for both Thai and foreign visitors to pay homage to the great King who fought to unify the kingdom until it is firmly established today. 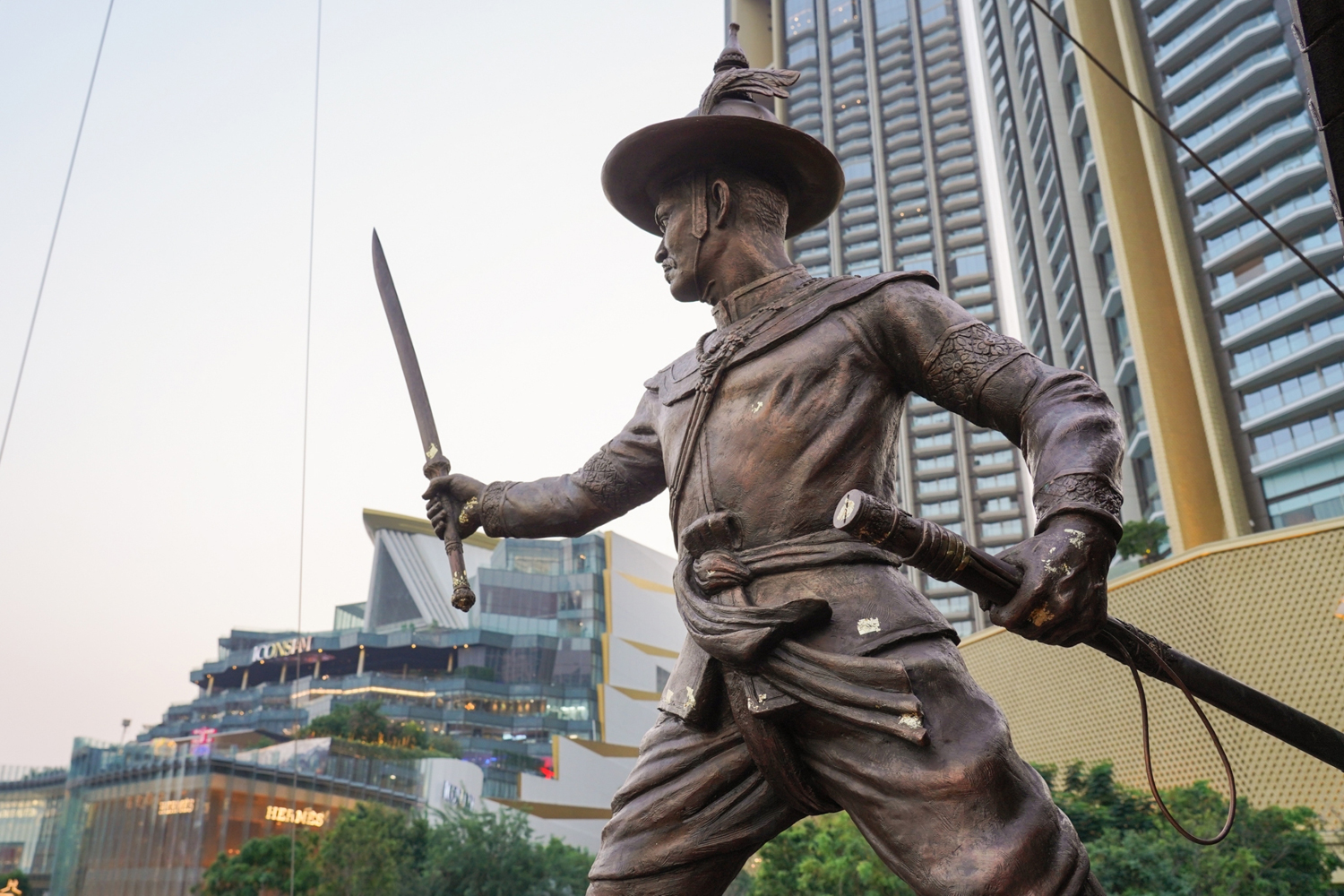 King Taskin has been a revered among Thai-Chinese descendants and his life and works across all fields, from warring combat operations, rebuilding the nation, to trading skills to make Thonburi the major port city along the Chao Phraya River. All are exhibited in the museum that is open from Tuesday to Sunday, 11am to 8pm at ICONSIAM pier (pier 5) from now onwards.

In remembrance of King Taksin’s great contribution to the country and to commemorate King Taksin Memorial Day which falls on December 28 annually, ICONSIAM and Right Man Co Ltd marks the return of Thailand’s first “floating museum”. Visitors are invited to embark on the real junk named Zheng Zhao Junk that will bring them back in time to the reign of King Taksin the Great. During November 2018 to February 2019, the junk named Si Maha Samut meaning “the glory of the sea” was docked at ICONSIAM, telling the story of maritime trade and diplomacy between Thonburi and other foreign countries. During the four-month presentation, it received over 60,000 visitors.

The junk returns in grand style this year and the Si Maha Samut Junk is transformed into the Zheng Zhao Junk named after the Chinese name for King Taksin which means the King of Siam (the royal name the Chinese Qing Dynasty gave him).

The dock is enshrined with a life-size, standing statue of King Taksin the Great holding a sword. The statue is crafted by sculptors who spent 40 days to make the perfect statue in honour of the great warrior King in Thai history.

Facial features and posture are based on the Grand Statue of King Taksin and his statue at his shrine in the Old Palace (which is under the supervision of the Royal Thai Navy). Every process from casting, carving with fine clay to moulding, construction and colouring is painstakingly crafted to ensure that the result reflects King Taksin as the great, strong and decisive commander he was.

The museum also celebrates the King’s vision to choose Thonburi as a new capital of Siam after the fall of the Kingdom of Ayutthaya as well as his all-round abilities to urgently rehabilitate the nation leading to its civilized statetoday.

After going onboard, the route proceeds from the top to the lower floors. The first room is Caption’s Room retelling the history during King Taksin’s seven-month efforts to liberate the nation from Burmese invaders after the second fall of Ayutthaya. King Taskin possessed exceptional skills in both battleground and waterway battles. Visitors will be transported back to the battle that won back the nation. The route began in the eastern province of Chanthaburi where the King took over after the fall of Ayutthaya. There, he ordered to construct and repair the battle boats and gathered the junks of Chinese merchants to be modified for military operations. Then, he led his fleet to the mouth of the Chao Phraya River. The next room is the Troop Room designed to portray the atmosphere and life of the crew. On display are mattresses, pillows, hammocks and various utensils that pinpoint the existence without much comfort. Sailors had to sleep in a tight communal space, often for several months on end. Much of the space must be reserved for food, fresh water, weapons and other necessary tools. The lowest floor houses the Hall of Civilization displaying products and weapons together with an exhibition featuring major incidents in the reign of King Taksin the Great. The chronology of the wars he fought to unify the kingdom, his initiatives and royal works in administration, society, religion, arts and cultures as well as Thonburi-China trade relations and diplomacy are also presented to honour his great abilities and contributions to the country.

State-of-the-art interactive and multimedia mapping are used to give visitors memorable experiences as if they were travelling back to the sailing route of the fleet of junks to liberate the kingdom in the Thonburi era. The boats of traders constructed in Siam during that time were largely adapted from Chinese junks, thanks to the long trading ties with Chinese merchants since the Ayutthaya era. King Taksin was ordered to gather and construct many Chinese junks used for waterway battles and his naval troops were the great and significant force that beat the invaders that laid siege to Ayutthaya. The Chinese junk was thus considered as a symbol of prosperity of Siam. 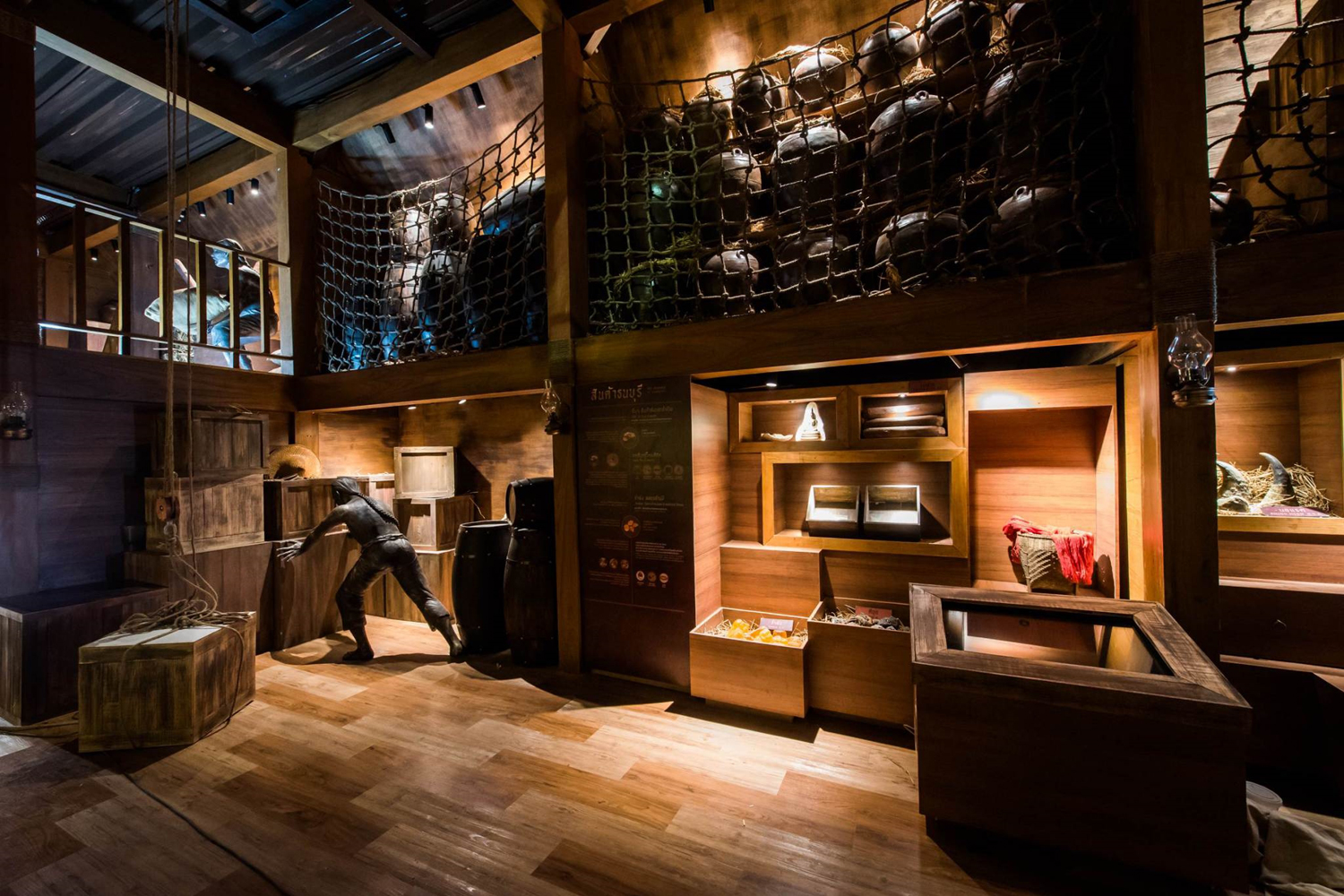 Visitors will also be thrilled with the battle led by the great warrior King using a Projection Mapping technique to illustrate his mastery of warring combat operations as he effectively battled against enemies during his reign to free the kingdom. His royal works and initiatives to rebuild the nation across all fields from administration, society, to religions, arts and culture  as well as his vehement efforts to restore the morale of people are also celebrated in the presentation via a reproduction of the royal play composition of Ramayana, Tripitaka, exhibition boards, and Interactive Mirror allowing visitors to enjoy a role play of citizens living in the Thonburi era with a fusion of nationalities.

During his 15-year reign, King Taksin the Great developed world trade routes by ordering the junks to sail to different places, thus tying the trading relationship between Thonburi and foreign countries, particularly China, with his aim to bring the commerce back to life and make Thonburi prosperous. His trading skills are featured through a giant screen with Interactive Scrim technique as well as a display of exported goods of Thonburi and imported products.

All you need to learn about Thonburi and the greatest contributions of the warrior King Taksin can be found at the Zheng Zhao Junk – the one and the only floating museum on the Chao Phraya River. It is open from now onwards, from Tuesday to Sunday, 11am to 8pm at ICONSIAM pier (pier 5), ICONSIAM on Charoen Nakhon Road. For further information, call 1338 or visit www.iconsiam.com.