dtac today revealed impressive sales growth thanks to the relaunch one month ago of its popular “personalised lucky number” campaign.

dtac has been working with popular Thai numerologist Tossaporn Sritula, widely known as Ajarn Chang, since 2005 to predict its customers’ fortunes via their telephone numbers. And the practice is no less popular in 2020. A recent dtac survey found that 74 percent of Thais attribute lucky numbers to their fortunes in love, finance, friendship and more. 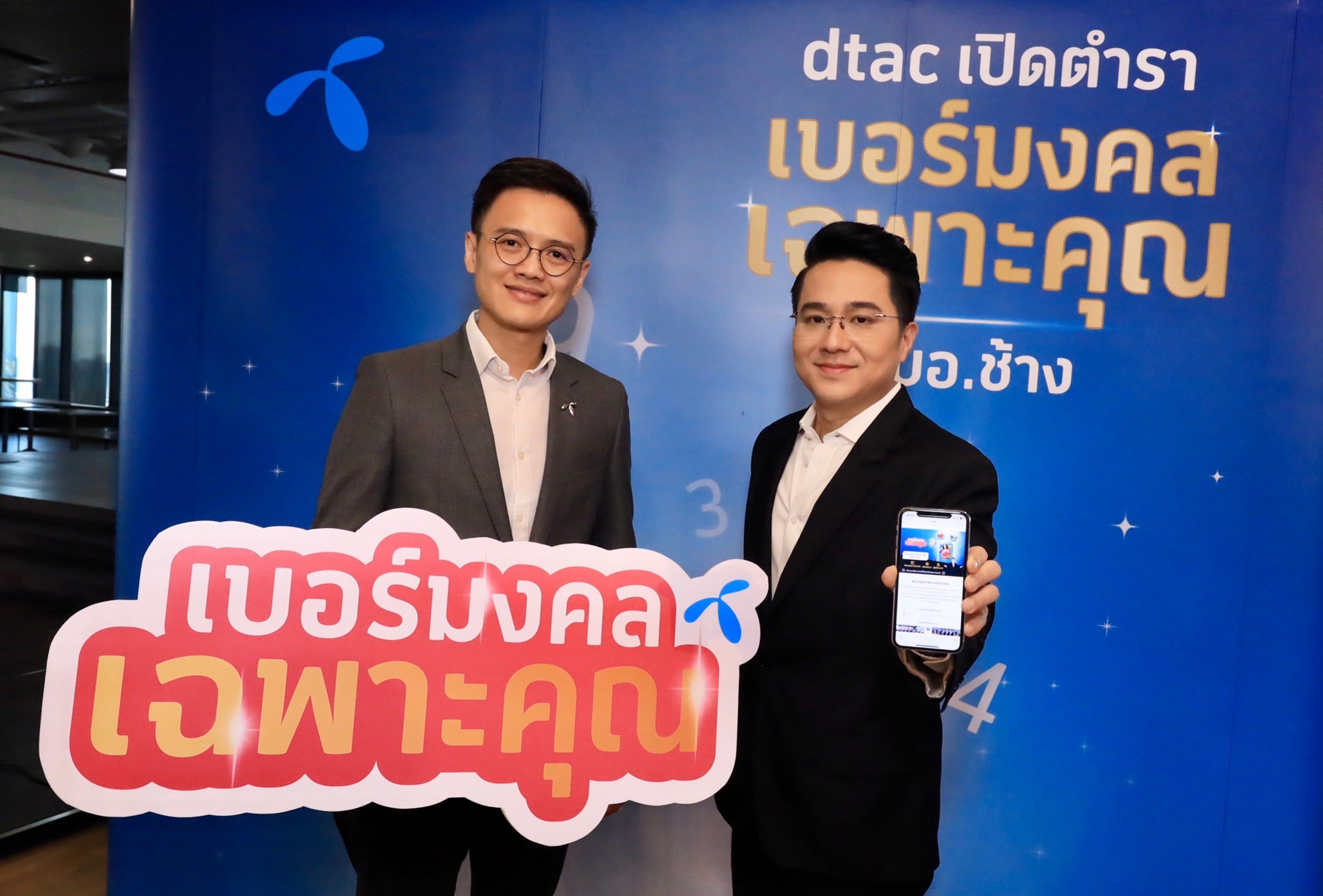 Mr. How Lih Ren, Chief Marketing Officer, Total Access Communication PLC, or dtac, said: “This year we have offered our most personalised lucky numbers service yet. Our number health check platform provides an all-inclusive computation assessment that covers all aspects of Ajarn Chang’s numerology theory. Our continued partnership with Ajarn Chang has also been strengthened by a comprehensive media plan that offers content tailored for television and new media channels, including a Facebook Live-streamed fortune telling event.”

Further success was driven by dtac’s recent partnerships with CSC and IT CITY, two of the largest smartphone and IT retailing chains in Thailand. With over 300 outlets nationwide, CSC and IT CITY have dramatically expanded dtacs sales channels while increasing the visibility for its lucky numbers project.

“However, to find a lucky number specific to each person, we need to delve into astrology and its relation to the stars. The numbers represent the stars, for example the sun is number 1 and Jupiter is number 5,” said Ajarn Chang. 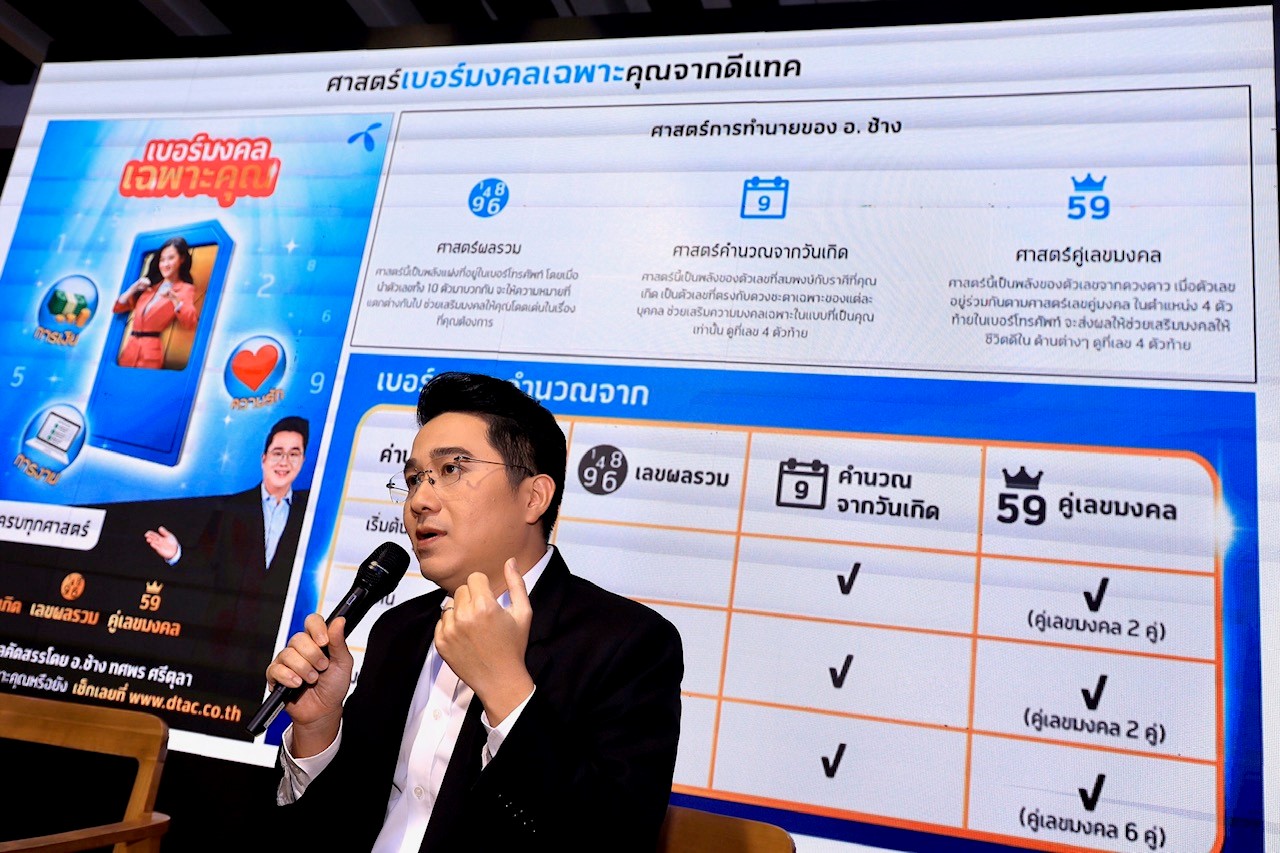 dtac this year worked with Ajarn Chang on an algorithm that considered each of Ajarn Chang’s three lucky number theories. The first theory takes its prediction from the sum of all the numbers in a 10-digit phone number, which usually falls between 40-60. The second theory determines a person’s luck by the presence of pairs, with the last seven digits being particularly ominous for one’s good or bad luck. The third theory looks to astrology, and a person’s birth date and zodiac sign in connection to the first two theories.

There are, according to Ajarn Chang, two types of lucky numbers: those considered generally lucky, and those which are only lucky for particular individuals, or personalised lucky numbers. dtac’s number health check platform lets users know their personalised lucky – and not so lucky – numbers on a rating scale from D to A+. If their current score is low, the user can purchase an available lucky number from monthly packages starting as low as THB 499.

Ajarn Chang said: “The personalised lucky number program helps you access a genuinely lucky number according to my methodology. Compared to a human sales consultant who might want to sell a number that’s long been available, this platform is impartial. This is an evolution of fortune telling that allows greater accessibility and accuracy. Many of these numbers would certainly fetch five-digit prices on the open market.”

The system narrows down each customer’s personalised lucky number from over 100,000 that are available to only 10-100.

Whatever network you are subscribed to, dtac has created websites that let you check for your lucky numbers. dtac subscribers can visit www.dtac.co.th/checknumber and key in all the fields to discover whether their number is compatible with fortune in love, work and money.

Both dtac and non-dtac subscribers can also search for a new mobile phone number manually at http://www.dtac.co.th/searchnumber or at any dtac service centre nationwide.