Trash to Give
Thailand
PR News

Univentures REIT Management Co., Ltd. joins Golden Land Property Development PLC to launch “Trash to Give,” a garbage sorting campaign to reduce the amount of waste which impacts the environment.

“Environmental problems, particularly marine waste management, were raised as a regional agenda at the 35th ASEAN Summit hosted by Thailand in November last year,” he said. “This problem needs to be solved urgently.” 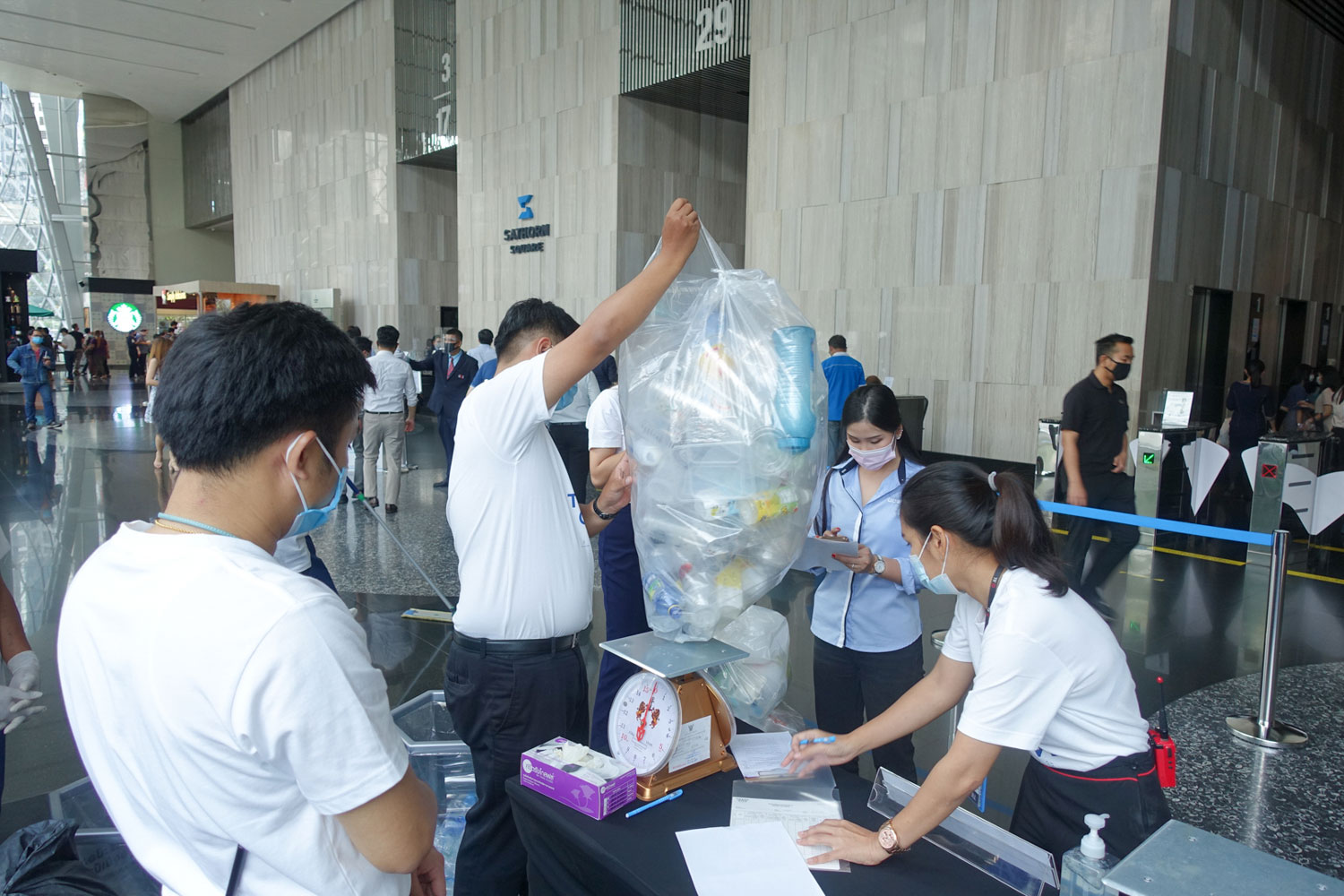 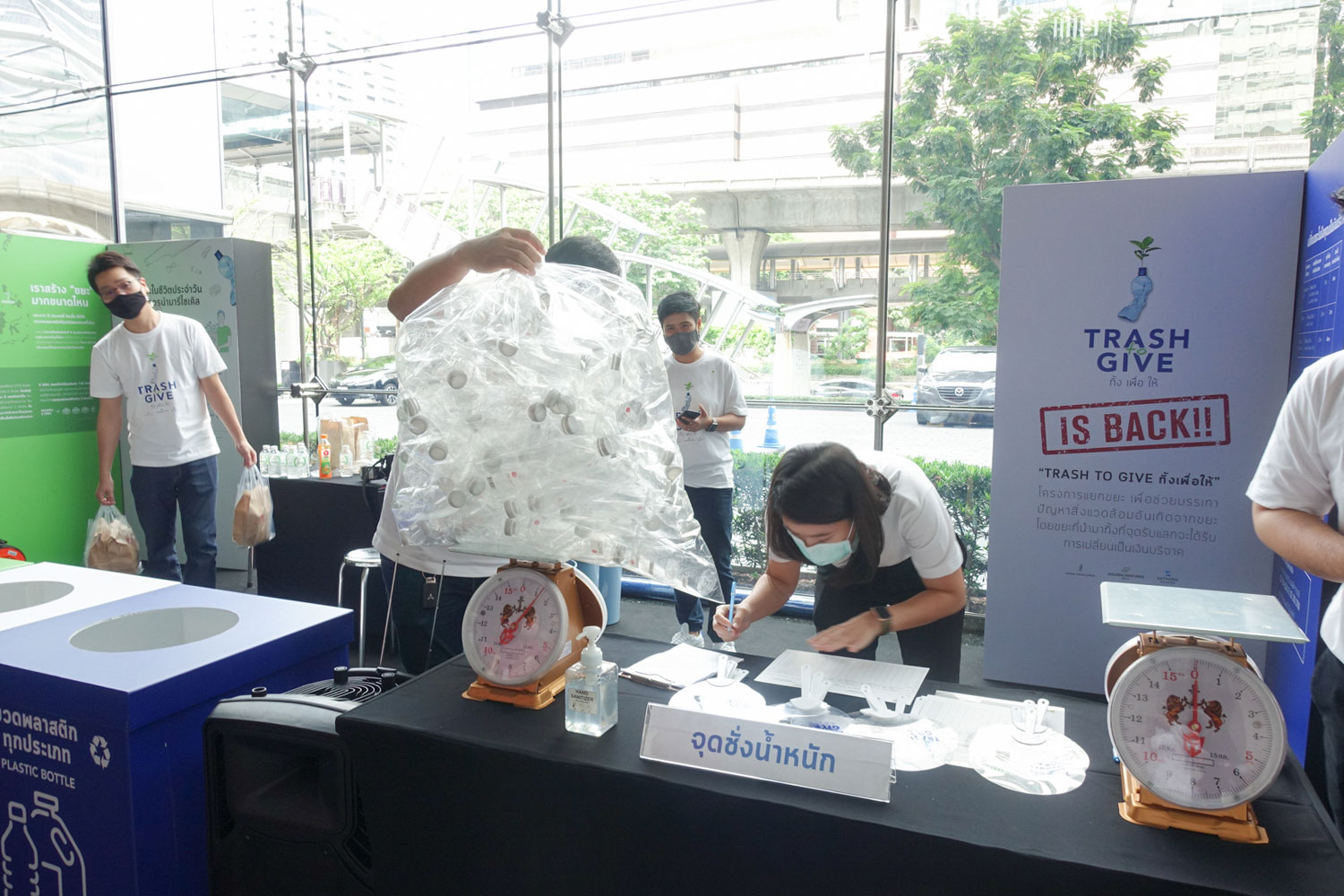 According to the Office of the Natural Resources and Environmental Policy and Planning, more than 27.8 million tonnes of waste were produced in Thailand in 2018.

Of this amount, two million tonnes were plastic waste and only 500,000 tonnes of it was recycled.

“Buildings usually deliver waste to the Bangkok Metropolitan Administration without sorting them,” said Mr Thanarat. “If we help sorting, we can reduce the vast amount of waste and recycle much of it.” 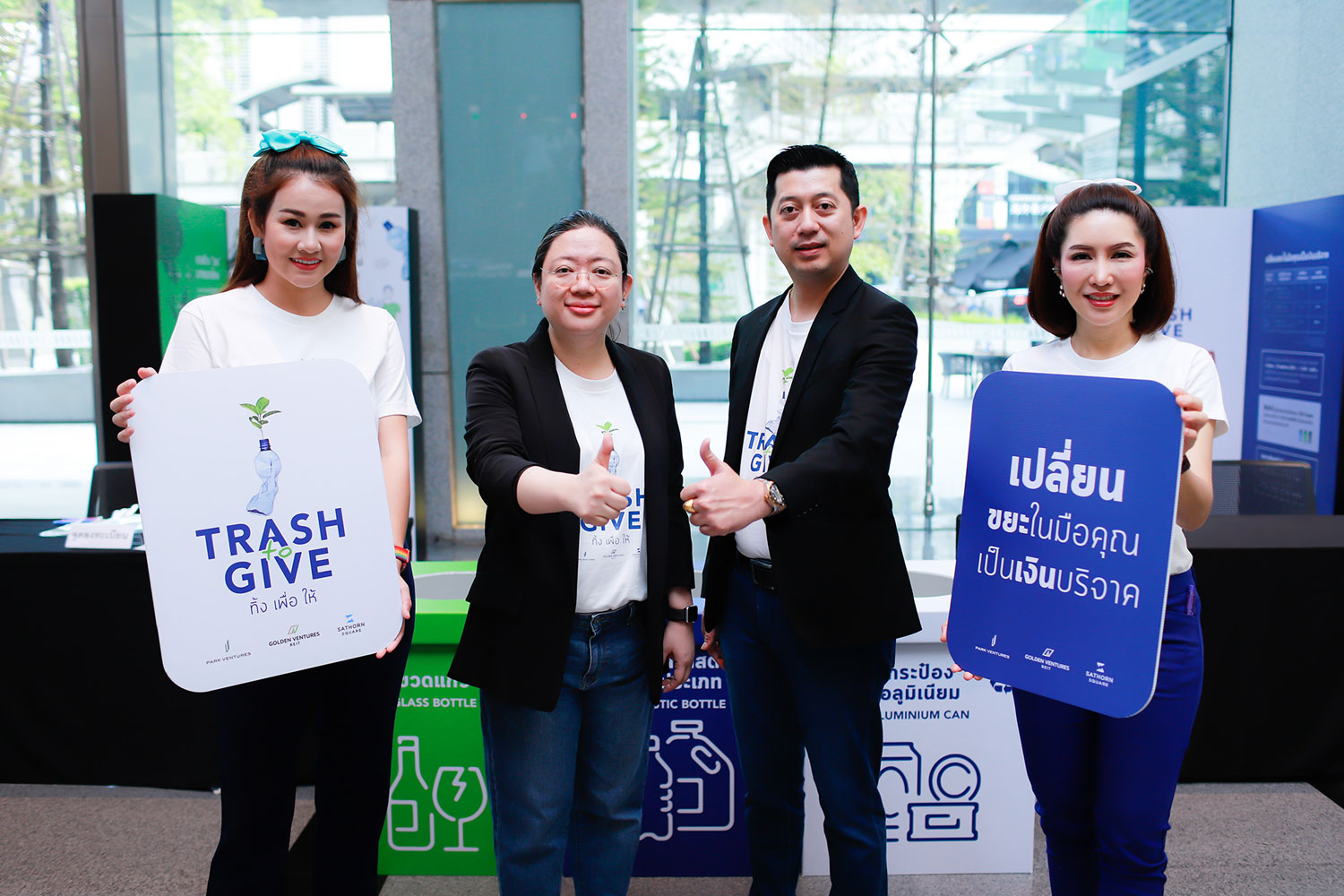 The activity aimed to spur tenants and occupiers at the buildings who are both Thais and foreigners to pay attention to and take part in proper waste disposal and sorting to reduce the amount of waste.

“We had roadshows to educate tenants and occupiers at the two buildings about environment and waste sorting. Many of them were enthusiastic to join as they are doing it in their offices,” he said.

In the first phase of the activity, bins for five types of waste were provided in the common areas within the two buildings. They comprise those for organic and fluid waste, general waste, PET or plastic bottles, glass bottles and aluminium cans.

Due to the COVID-19 pandemic, the waste sorting activity temporarily stopped during the lockdown from late March to the end of June to reduce the contact and touching contaminated surfaces and resumed in July. 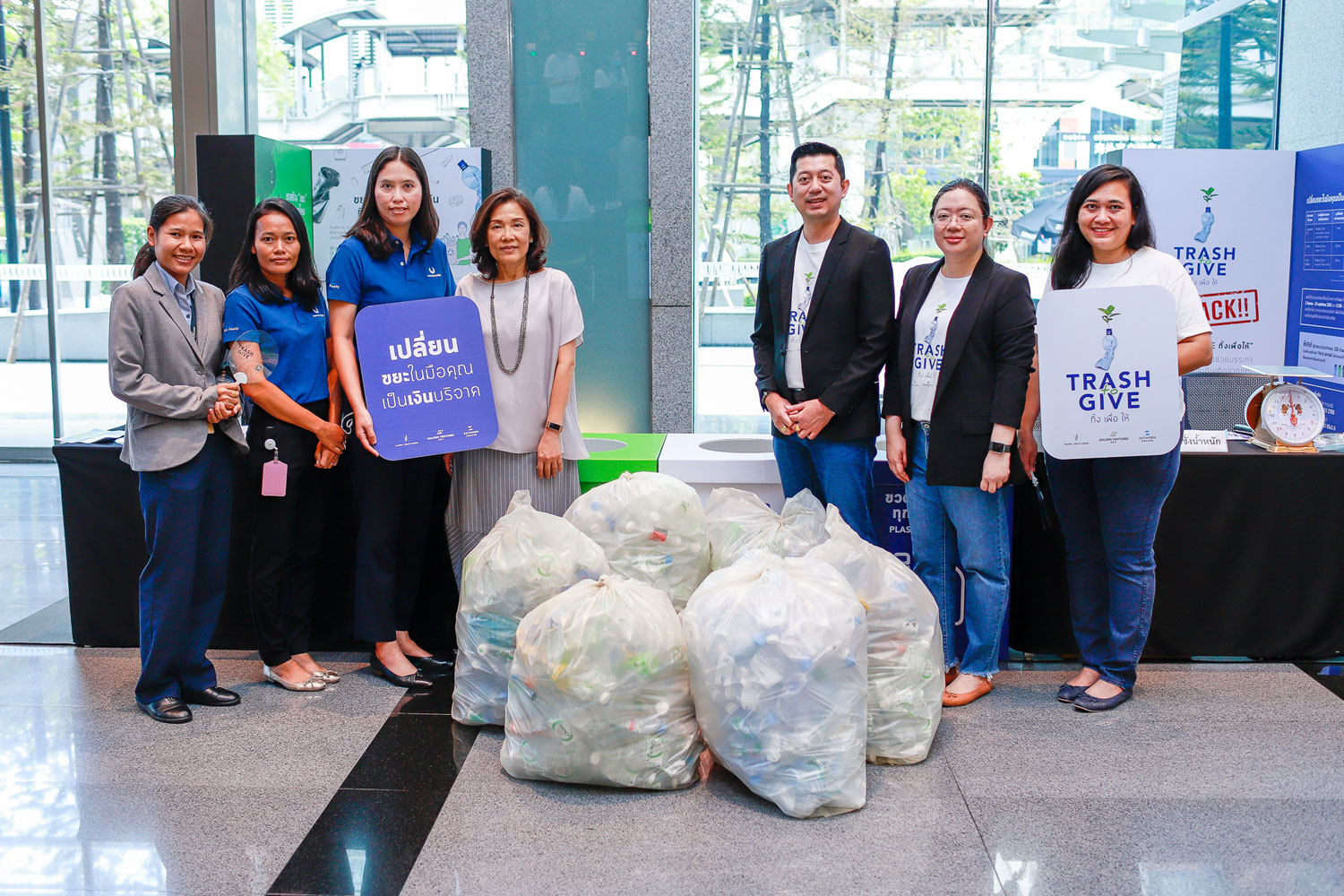 In early September it launched phase two of the activity under the “Trash to Give” campaign, according to Piyawara Bhongse-tong, Senior Vice President, asset development at Golden Land Property Development PLC which manages the two office buildings.

“The activity in July and August was successful,” she said. “In two months, we collected 100 kg of plastic bottles, 100 kg of glass bottles and 10 kg of aluminium cans per day from the two buildings.”

“Three types of waste comprising plastic bottles, glass bottles and aluminium cans will be weighed and exchanged to money for donation and the organisers will contribute one-fold of that value,” she said. “The money will be given to environmental foundations.”

“Trash to Give” booth will be set up at the lobby of Park Ventures Ecoplex and Sathorn Square on every Wednesday from 2 September to 25 November 2020, during 11.00-14.00 hours. 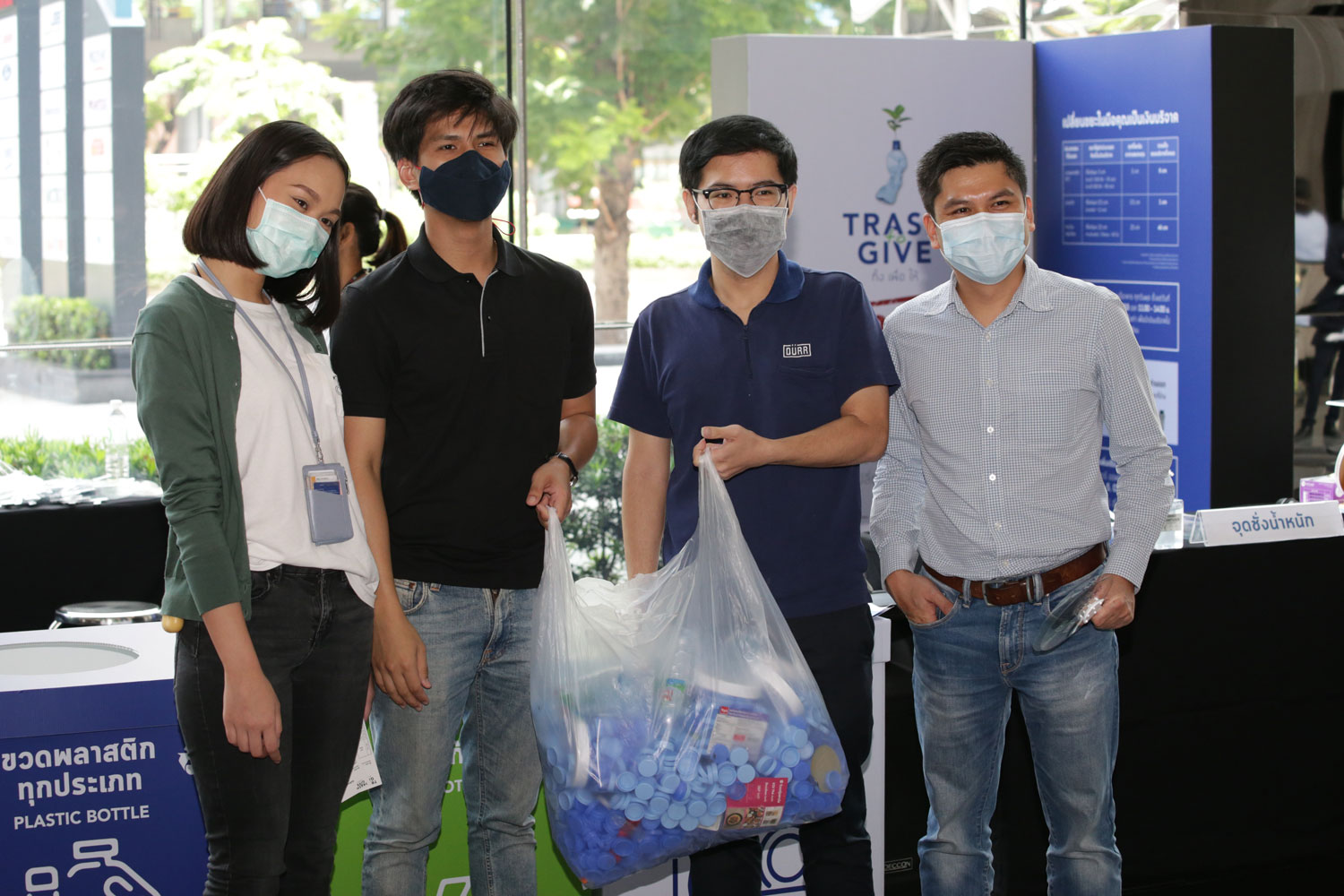 The campaign expects more than 10,000 tenants and occupiers participating and aims to build waste sorting habits and reduce the amount of waste dumped incorrectly which causes an environmental problem and risks of ecological damage.

“We hope to increase the amount of recycled waste, build awareness of waste problems among tenants and occupiers and encourage them to do it at home,” said Ms Piyawara. “This can help build sustainability in the society. As world citizens, we are all in the same boat and responsible for making the world better place.”