The project is one among the nine sites located in various parts of the world under the Benioff Ocean Initiative funded by The Coca-Cola Foundation to help stem flow of waste to the oceans.

The Lat Phrao Canal in Bangkok, Thailand – along with the other eight sites from around the world – have been chosen for support under the

Benioff Ocean Initiative at the University of California Santa Barbara’s Marine Science Institute with a total shared funding of $11 million over the next three years from The Coca-Cola Foundation. Operated through the partnership of TerraCycle Thai Foundation and the Department of Drainage and Sewerage (DDS), Bangkok Metropolitan Administration (BMA), the Thai project has installed two ‘River Plastic Traps’ to capture waste from the stream. The collected waste is then dried and sorted for proper disposal and recycling with data being recorded for future use in raising awareness among community members and promote behavioural change as a sustainable solution. 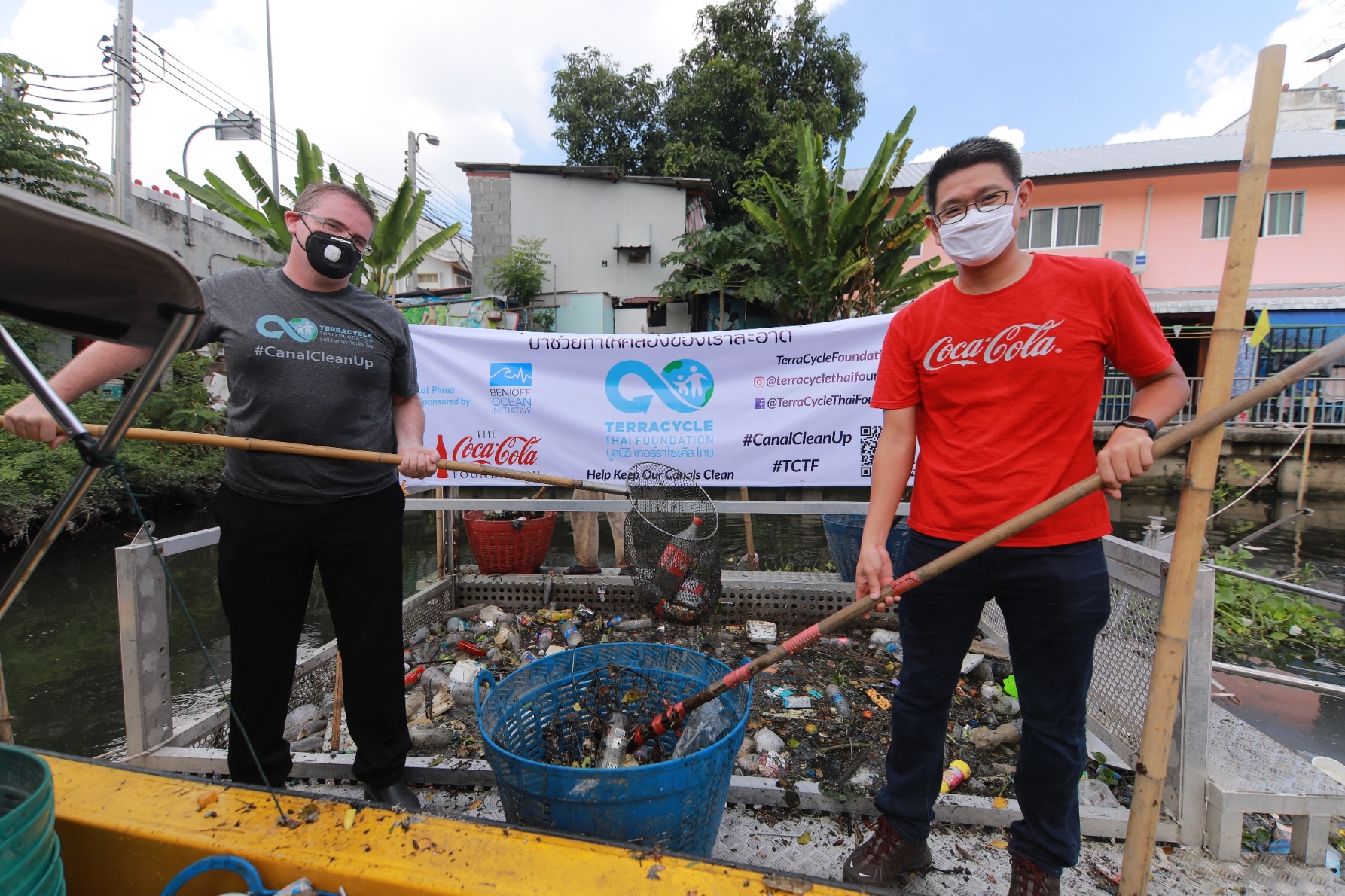 Nuntivat Thamhatai, Public Affairs, Communications and Sustainability Director of Coca-Cola (Thailand) Limited, said: “Driving partnerships that promote debris-free environment is one of our ‘World Without Waste’ commitments. Coca-Cola believes the biggest differences can be made when business, government and civil society with shared value join hands and work towards the same goal which is precisely the case with this project.  While this is still relatively small-scaled, we certainly hope that it serves as the beginning of many great works to come, so that, one day, there will not be the need to install any River Plastic Trap in any canal or river.”

Through this partnership, which began in June 2020, the Lat Phrao Canal clean-up operation is being led by the TerraCycle Thai Foundation, a division of the U.S.-based TerraCycle Global Foundation. The Lat Phrao Canal was chosen after discussions between key stakeholders including DDS, Urban Action, and community leaders, as it represents a large polluted canal in need of further clean up initiatives in addition to the existing efforts of the local authorities and other organisations.

The Lat Phrao Canal is 12.56 km long and located in central Bangkok linking between

Saen Saeb Canal and Song Canal.  Despite DDS’s best efforts, the amount of waste in the canal which comes mainly from the improper disposal of communities located along the canal has been simply too overwhelming. With Coca-Cola’s funding, the TerraCycle Thai Foundation has already installed two locally-constructed ‘River Plastic Traps’ in the Lat Phrao Canal. These two waste-capturing devices have significantly increased the amount of waste collected from the Canal as well as diverted waterborne plastics away from entering into the 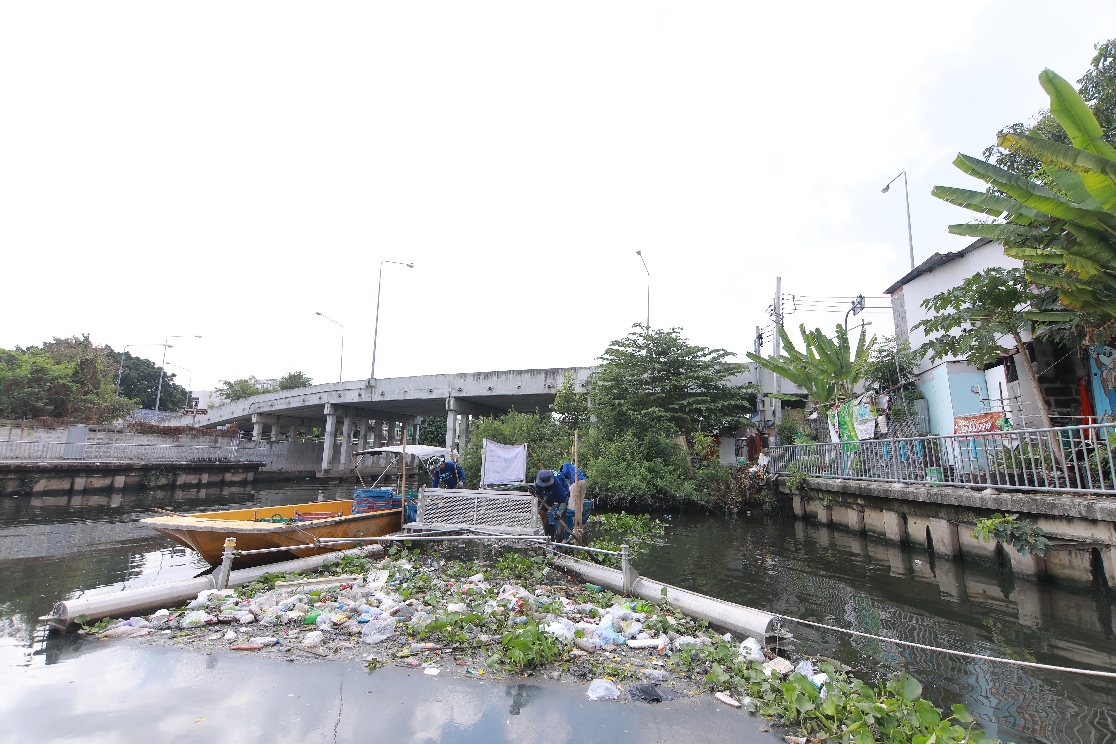 Chao Phraya River. The waste collection from these two devices operates five days a week and is operated by TerraCycle Thai Foundation.  The collected waste is subsequently delivered to the sorting site located in Lat Phrao district, where it is then dried and sorted, which means recyclable materials are subsequently rechannelled to proper recycling systems. Throughout the process, the amounts and types of collected wastes are meticulously recorded as this data will later be analysed and utilised in developing educational and behavioural-change programs for communities located along the Canal.

James Scott, Executive Director, TerraCycle Thai Foundation, said: “The rise of plastic pollution is one of the most critical environmental issues today – particularly in oceans and waterways. While our mission globally is to address the complex challenges of collecting and recycling waste by providing meaningful environmental and community-focused solutions. These goals also align with the goals of the Coca-Cola Foundation’s and Benioff Ocean Initiative’s partnership, we intend to drive a key change in people’s behaviour here in Thailand to be more aware of the importance of recycling so that it will eventually become everyday practice.”

The TerraCycle Thai Foundation is also supporting local workers to work on this project to give them a chance to be part of the solution as well as engaging local stakeholders – especially government, business and community leaders – to ensure sustainable impact of the program.

Tum Piyo, Lead of Canal Garbage and Waste Disposal Lat Phrao 56 Section, Retention Pond Maintenance Sub-Division 1, Department of Drainage and Sewerage, Bangkok Metropolitan Administration, said: “The Lat Phrao Canal is one of the many canals in Bangkok facing an increasing volume of plastic waste and this is causing a great concern over its environmental and societal impact both locally and globally.  This includes sewer blockages potentially causing floods in the city and even spillage into the oceans. Many organisations in Thailand are working very hard to find sustainable solutions to this growing challenge. So, DDS is delighted to support  The TerraCycle Thai Foundation in executing this project. Together, this represents a great partnership to solve waste issue in Bangkok’s canals sustainably and mitigate this big global challenge.” 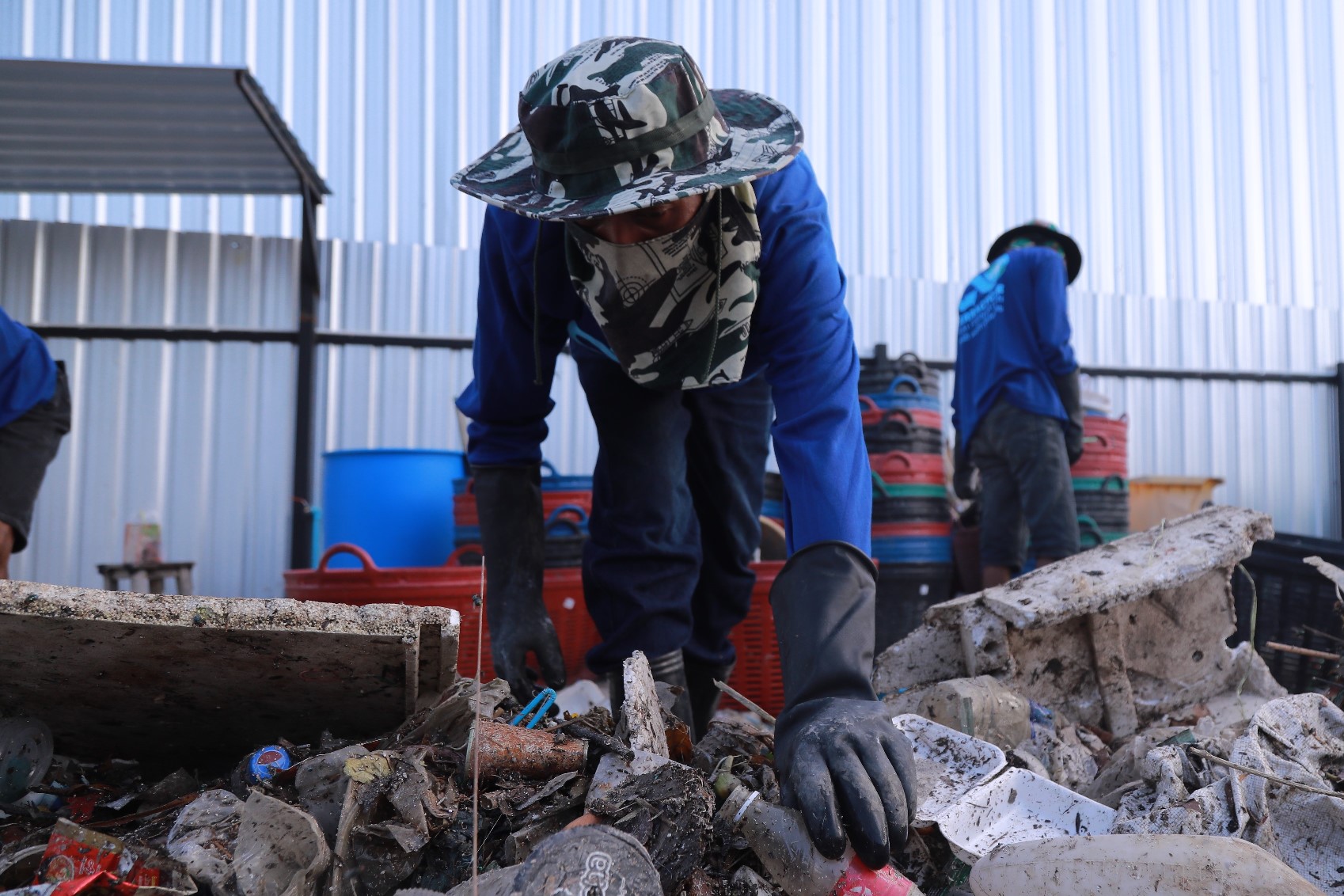 Since the project’s launch in June, over 50 tonnes (50,000 kilograms) of waste has been collected from the canal, excluding large organics such as water hyacinths and tree limbs. The highest daily collection rate was 2,098.12 kilograms in one single day. The most commonly collected items have been plastic bags, but there have also been large amounts of single-use foam containers, plastic bottles, and glass bottles.