In February 2016, the World Health Organisation declared the mosquito-borne Zika virus a Public Health Emergency of International Concern (PHEIC). The declaration was driven by concern over links between the disease and neonatal neurological disorders, including microcephaly, a birth defect where a baby is born with a significantly smaller head than normal.

As of July 2019, a total of 87 countries and territories have had evidence of mosquito-borne transmission, according to the World Health Organisation (WHO). In Thailand, cases of Zika virus have been detected for at least the last 16 years, albeit in relatively low numbers.

Zika virus can be transmitted from a pregnant mother to her foetus during pregnancy. Much effort and resources have been expended by the scientific community in attempts to better understand the mechanisms of Zika virus infection, including vertical transmission from mother to foetus. However, there is still a challenge in developing therapeutics to prevent this mode of transmission. 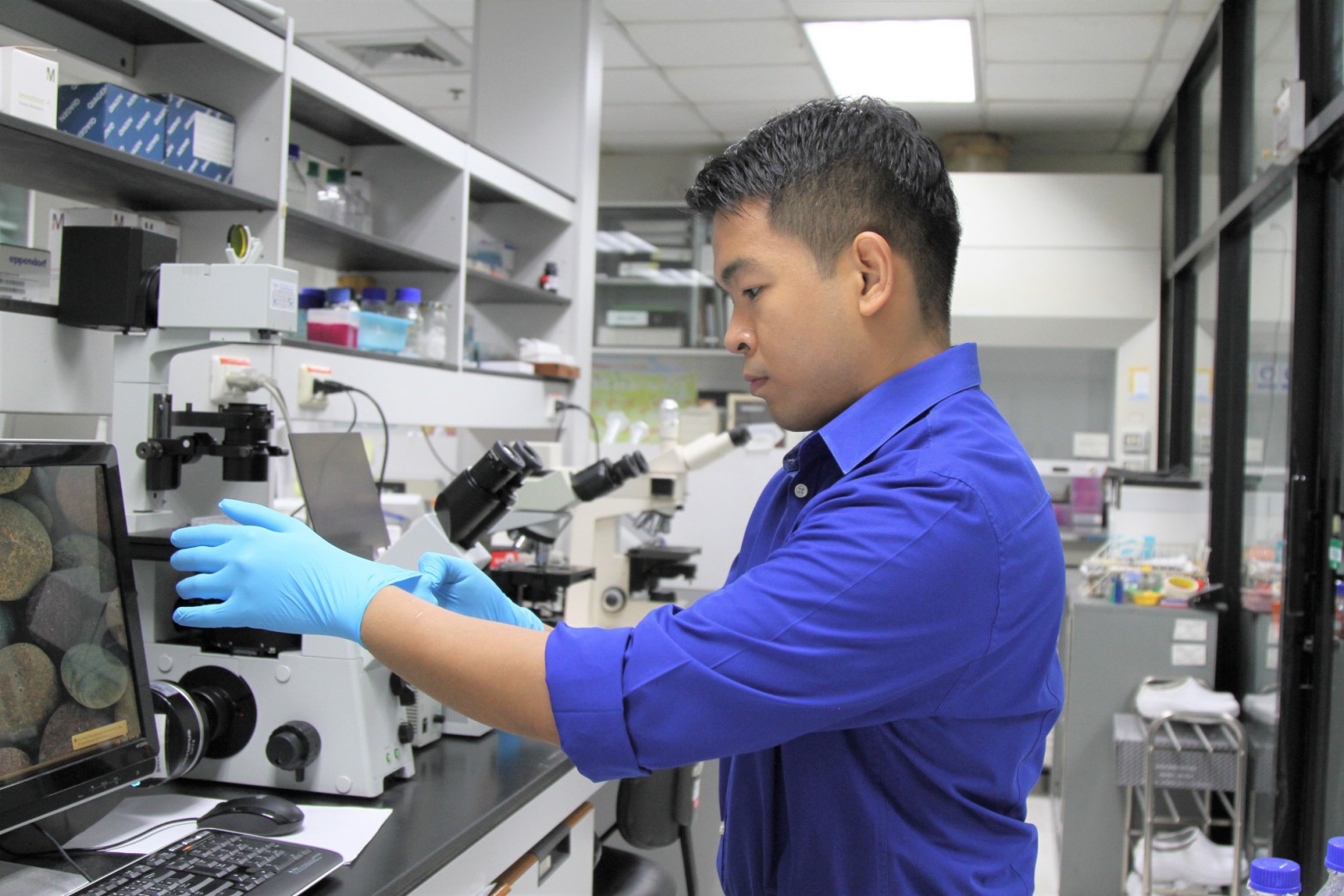 “The team looks into the use of three-dimensional human endometrial organoids to develop an in vitro model to analyse the uterus cells infected by Zika. Not only does this model shed light on how Zika  infection affects the female reproductive tract and how to neutralise the virus but it also replicates a more accurate flatform mimicking the real organ in the human body, making it ideal for pre-clinical trial,” explains Dr. Wiwatpanit.

‘Organoids’, as defined by the Harvard Stem Cell Institute, refer to tiny, self-organised three-dimensional tissue cultures that are derived from stem cells or primary cells.

Dr. Wiwatpanit is hopeful that the success of the organoid experimental system will result in the reduction of poor infant health and lifelong neurological defects caused by the virus. 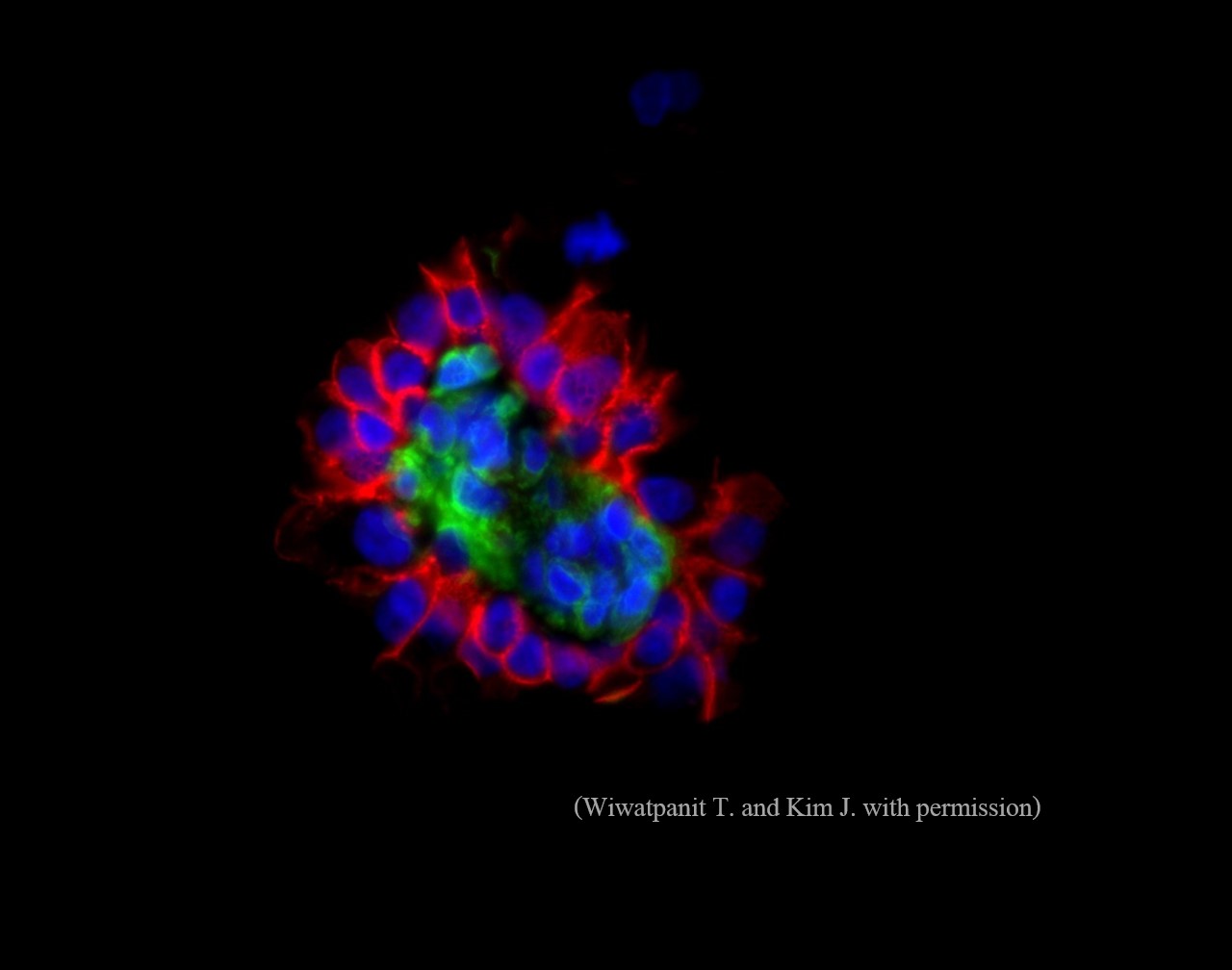 ‘Blocking Zika virus maternal-to-foetal transmission’ gained international attention when Dr. Wiwatpanit was selected among the five finalists from 212 researchers across 37 countries in a crowdfunding contest to build capacity to raise funds for the project hosted by the Special Programme for Research and Training in Tropical Diseases (TDR), sponsored by UNICEF, UNDP, the World Bank, and WHO. The crowdfunding contest was launched by TDR in partnership with Social Entrepreneurship to Spur Health (SESH) with the goal to help researchers in the field of infectious diseases in low- and middle-income countries gain funds and support for their social impact research.

The donation-based crowdfunding campaign will be launched on www.experiment.com/noZika4Baby from 15 October – 30 November.

All donations will be used to generate an innovative organoid platform to study maternal-to-child Zika virus transmission.

“We will make scientific research more accessible to the general public and keep donors updated with project progress and how their donations are being spent to ensure that the resources are used carefully, responsibly and effectively,” Dr. Wiwatpanit concluded.

Hype was high for first-day sales of the new iPhone 12 series in Thailand on Friday, with major mobile operators holding activities and passing out phones to customers who had pre-booked from the first minute after midnight.

Protest leaders and rights lawyers are suing Prime Minister Prayut Chan-o-cha, Deputy Prime Minister Prawit Wongsuwon and others for 3.5 million baht in damages over the declaration of a state of severe emergency in Bangkok last month.

MANILA: The Philippines will get 2.6 million shots of a potential Covid-19 vaccine developed by AstraZeneca under the country's first supply deal for a coronavirus vaccine, senior officials said on Friday.