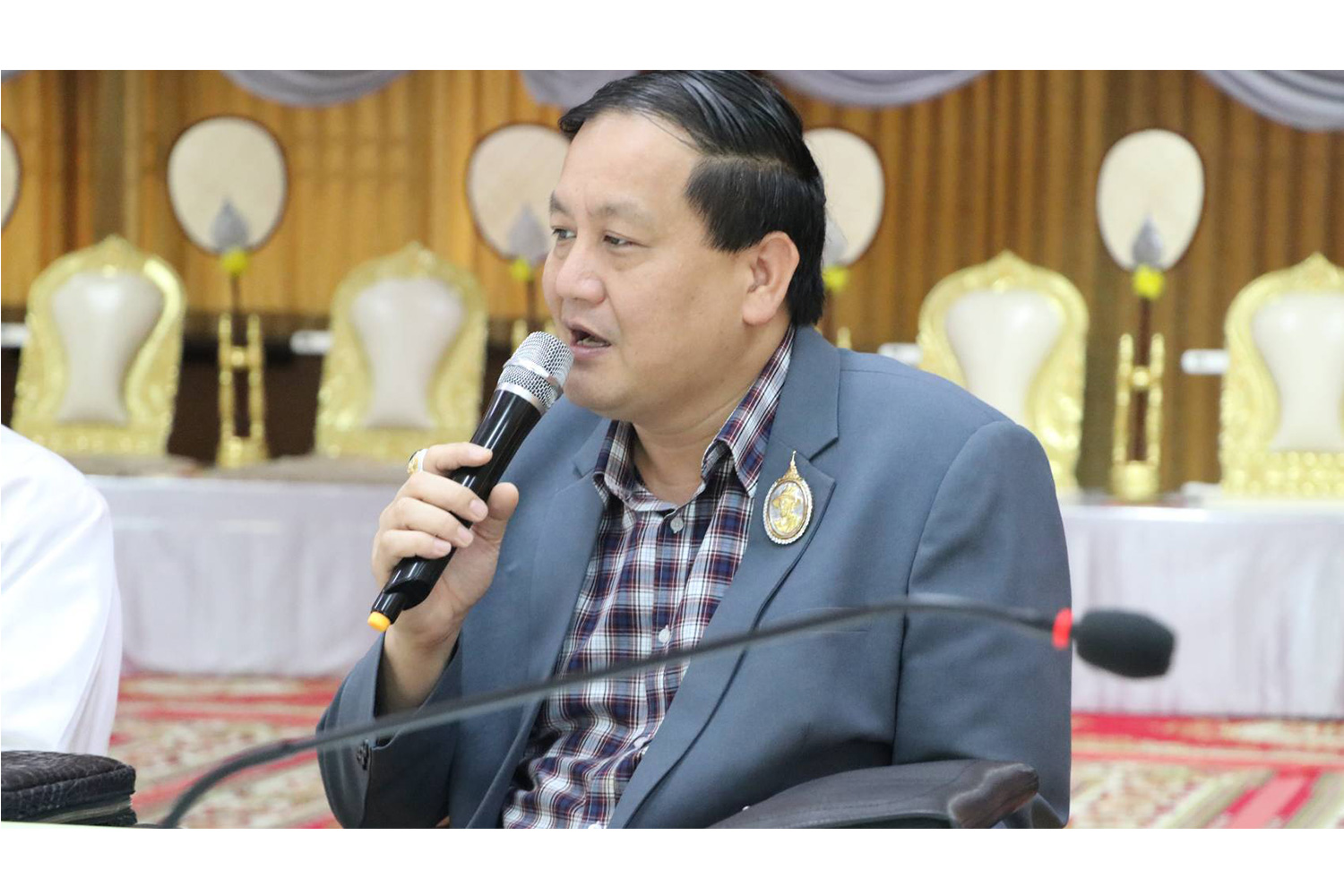 The Buddhist monk ordination ceremony presents loyalty to the royal institution in dedication to His Majesty King Maha Vajiralongkorn Phra Vajiraklaochaoyuhua on the occasion of the 68th anniversary preserving Thailand’s legacy of traditions and culture for Thai males to join monkhood. The ceremony also promotes and passes down tradition and inspires the public to create successors of Buddhism in Thailand to be cherished. Participants in the monk ordination ceremony also contribute merit to their parents, family, relatives, and Buddhists alike. 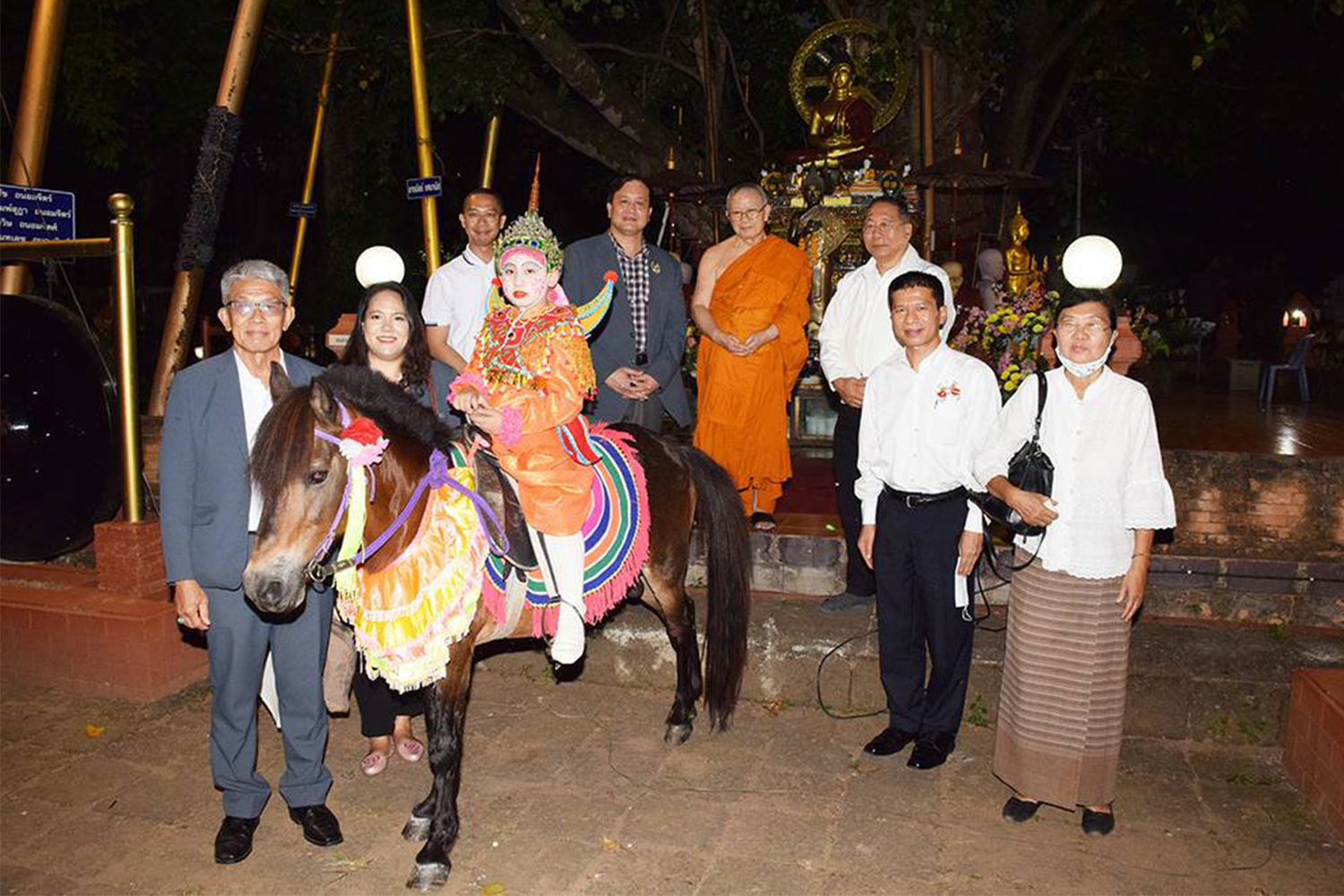 The ordination ceremony takes place between 9 December 2020 until 5 January 2021. Highlight dates and events include the hair shaving ceremony on 14 December 2020 and Lanna traditional marble parade in the afternoon of 15 December 2020. The parade commences at Three Kings Monument square and finishes at Wat Chet Yot Royal Monastery. The official ordination ceremony will be hosted on the morning of 16 December 2020. Participants will afterwards reside in their provided accommodation at Wat Chet Yot Royal Monastery, Mueang District and Wat Phrathat Si Chom Thong Worawihan, Chom Thong District to study Buddhism and dhama practices following the Buddhism principles for 21 days. Participants will gain knowledge of the scriptures, practice dharma and attain enlightenment to help Buddhism continue to flourish in Thailand. 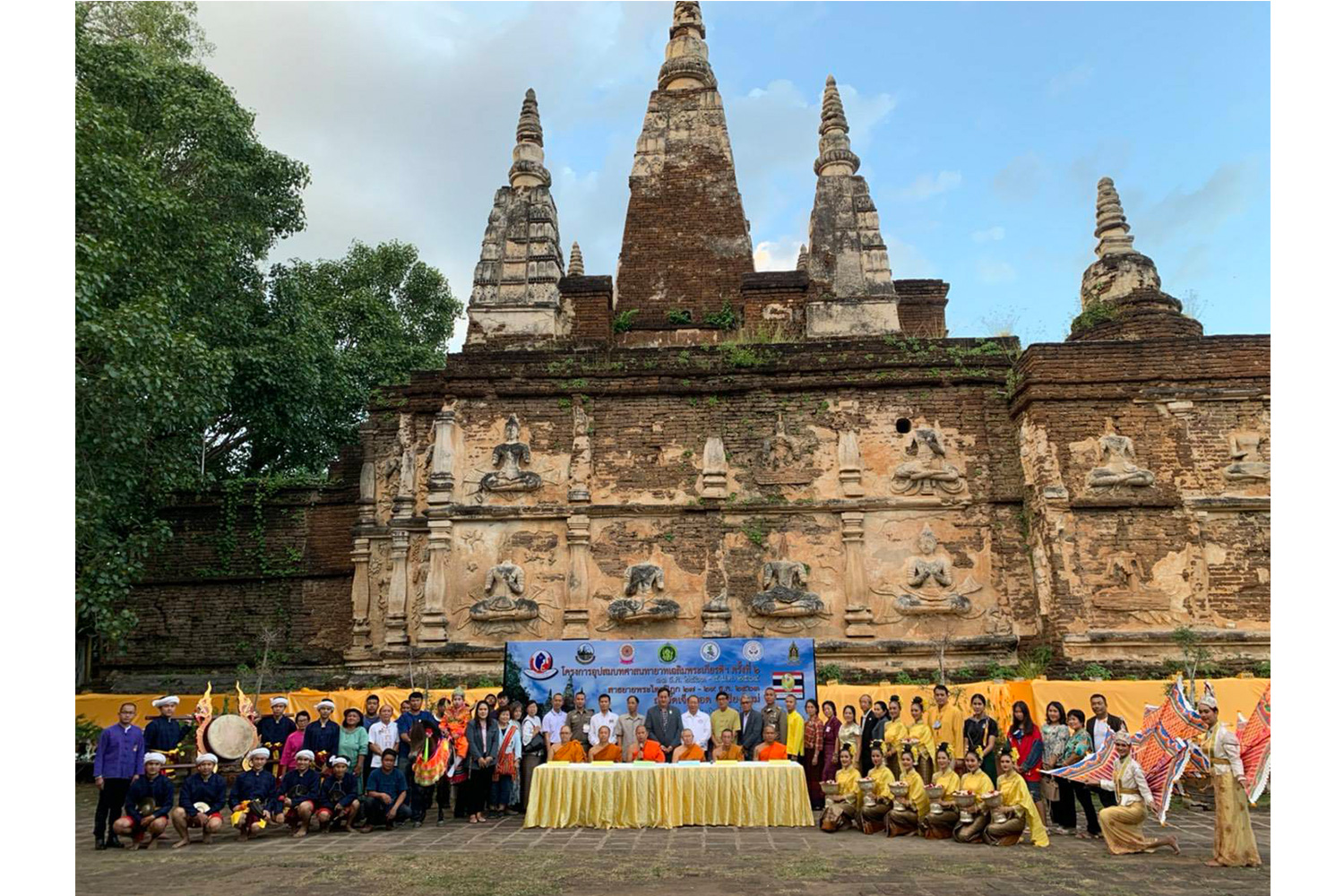 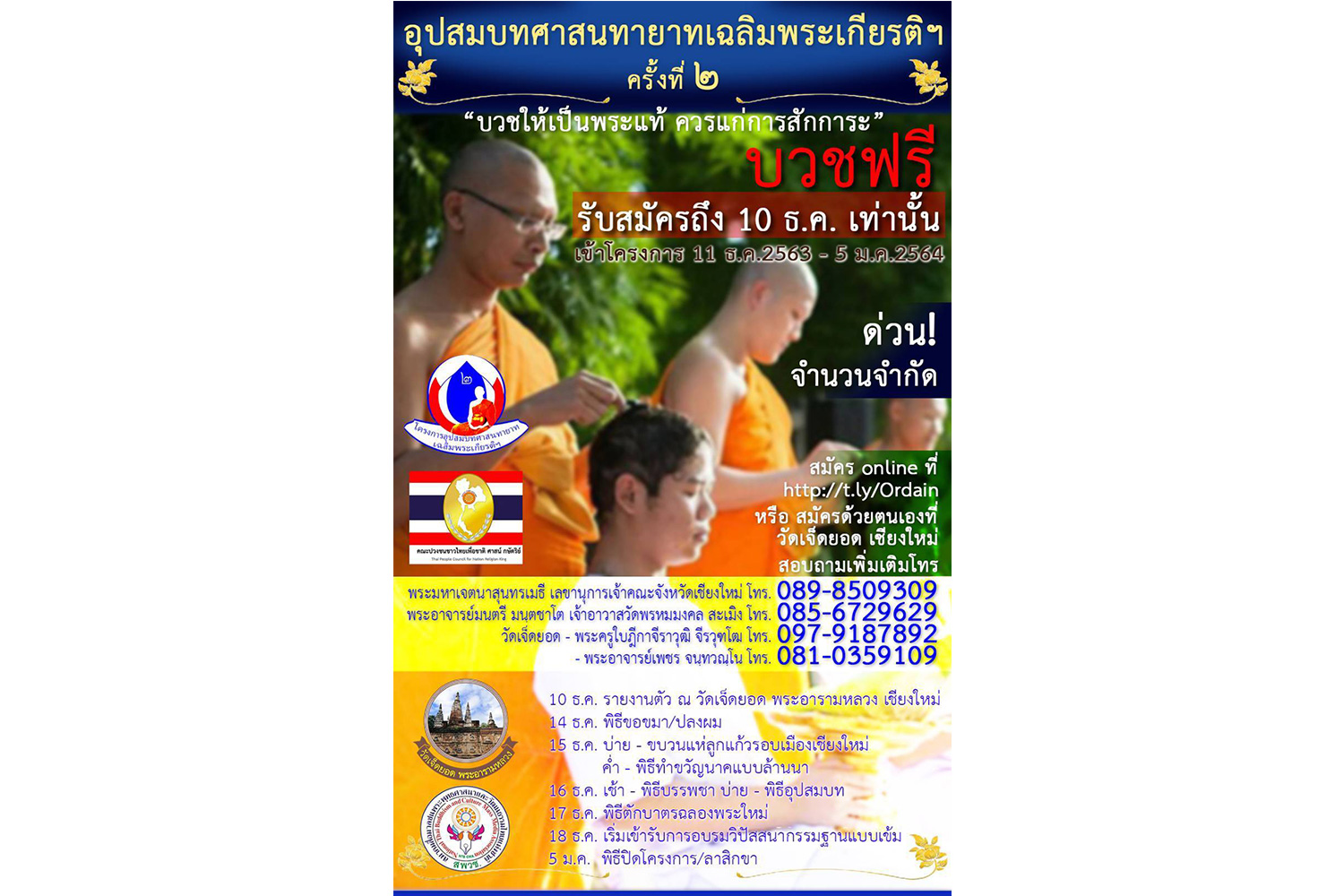