A practice to transform retired petroleum platform jackets into artificial reefs to provide habitat for marine life has been successful in many territories around the world such as the Gulf of Mexico, Brunei, and Malaysia. Following their suit is Thailand who recently initiated a pioneering project in Koh Pha-Ngan, Surat Thani through collaboration between public and private sectors. This ground-breaking initiative aims to preserve and restore marine resources in Thailand. The project is also expected to generate socio-economic benefits and contribute to ecosystem rehabilitation as well as generate new knowledge on the use of artificial reefs to conserve Thai seas for the future.

The project officially started when the Department of Marine and Coastal Resources (DMCR), Chevron Thailand Exploration and Production, Ltd. (Chevron Thailand) and Chulalongkorn University signed a Memorandum of Agreement to jointly implement the pioneering project on the use of seven idle platform jackets as artificial reefs for marine and coastal resources conservation in Koh Pha-Ngan, Surat Thani in 2019. Following the completion of the jacket placement in September 2020, the company has handed over the ownership of seven retired platform jackets to the DMCR for further management of the reef site. 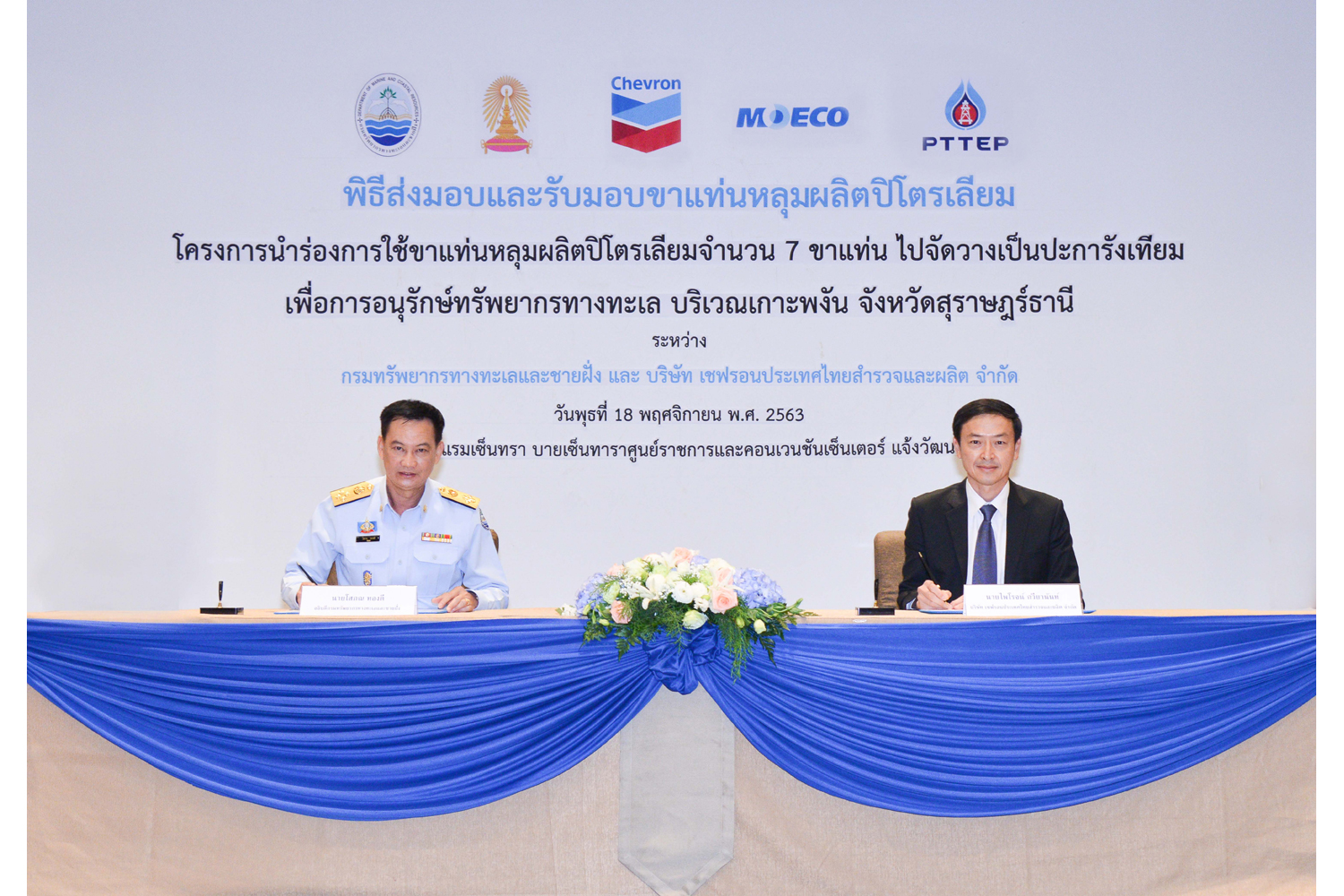 Prior to the actual platform jacket placement, the initiative has undergone a feasibility and ecological study by the DMCR, the Petroleum Institute of Thailand (PTIT), and Kasetsart University’s Fisheries Faculty.

Sopon Thongdee, DMCR Director-General, revealed that, “The DMCR and PTIT have piloted mock-up petroleum jacket structures as artificial reefs in nearby Chalok Lam Bay, Koh Pha-Ngan since 2013. The study showed success of the project in areas of material suitability, biodiversity and marine life patterns in the area as well as benefits to tourism and fisheries, and without causing negative impact to the environment.”

After over seven years of continuous study, the artificial reefs were found to attract many marine species, including small invertebrates, and at least 24 kinds of fish (80% of which are of economic value), with populations growing larger over the surveyed period.

In addition, the feasibility study on the conversion of petroleum jackets into artificial reefs by the PTIT, together with Kasetsart University, also found that Koh Pha-Ngan is a location suitable for the placement of the jackets as artificial reefs. It is aimed at conserving and rehabilitating marine resources as well as creating new man-made diving sites.

“We also held public hearings among local communities to ensure the pioneering project’s viability as well. The project, then, has been reviewed and approved by the National Policy and Plan Committee for Marine and Coastal Resources Management in 2018. Subsequently, the three parties signed the MOA to jointly implement the current pioneering project in 2019,” said DMCR Director-General. 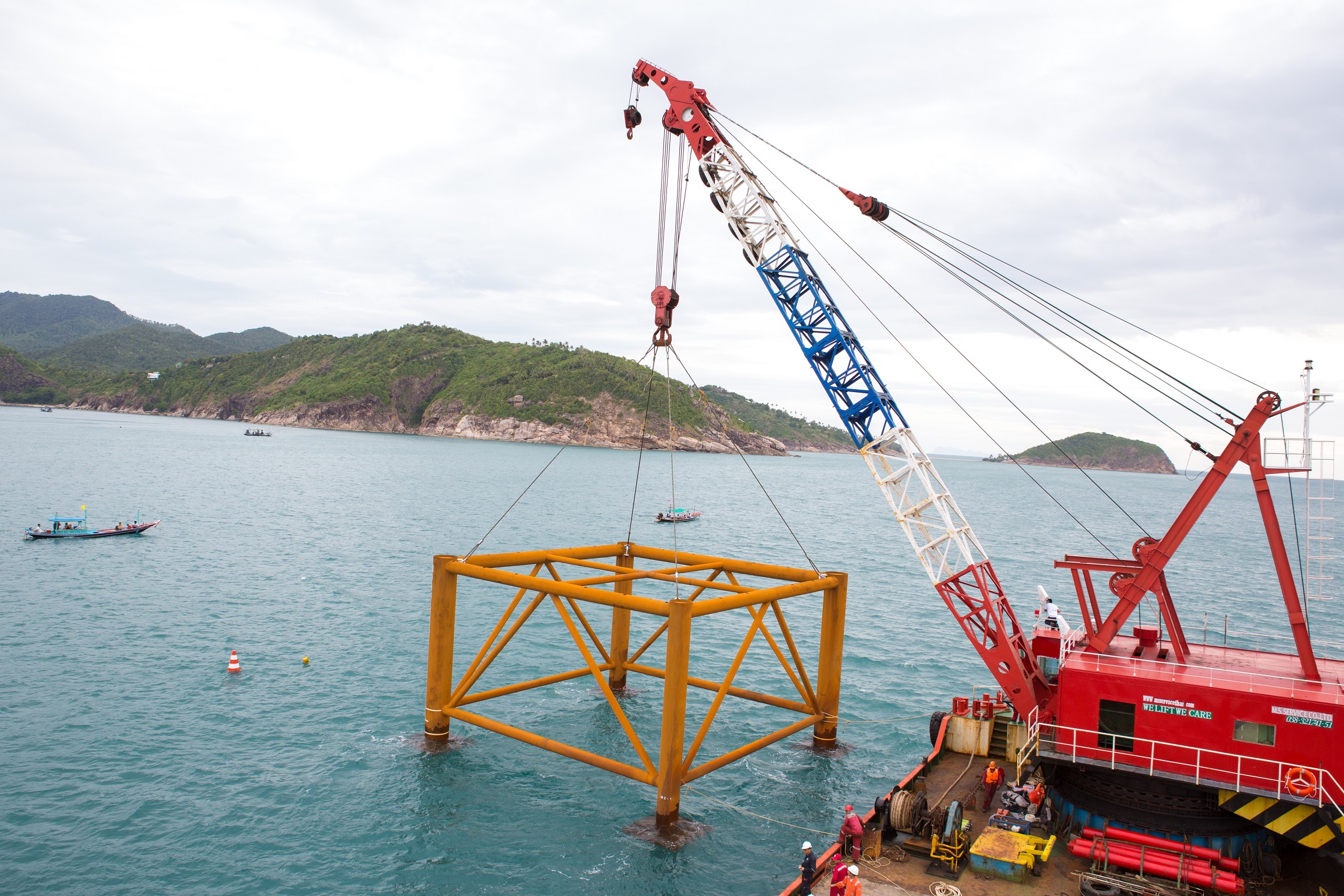 After the signing ceremony, the project has moved forward with full support by relevant parties.

Pairoj Kaweeyanun, President of Chevron Thailand, said, “Later in 2019, Chevron Thailand obtained approval from the Department of Mineral Fuels to decommission retired jackets and convert them into artificial reefs. The company has also sought support from local and international experts and leveraged cutting-edge technology to support the study of this historic initiative.”

In the meantime, the DMCR has been granted permissions from the Royal Thai Navy, Department of Fisheries, Marine Department and related agencies under the DMCR. The project has also been closely monitored by the Thai Maritime Enforcement Command Center.

Chevron has commenced the placement of the first retired platform jacket as artificial reefs on August 11, 2020 with the last jacket placement completed on September 24, 2020.

Pairoj added, “Throughout the project operation, Chevron has placed the highest priority on safety, and conducted the project in accordance with national and international laws and regulations. At each stage, the project was also supervised by specialists from the DMCR together with government agencies.”

Upon completion of the placement, the initiative’s as-built drawings have been inspected and approved by marine experts. The official handover of the project to the DMCR was subsequently held in November 2020.

Following the handover ceremony and with further management of the reef site by the DMCR, the project is expected to provide multi-dimensional benefits to the public and local community. At the same time, Chulalongkorn University will carry out scientific studies of the project.

Dr. Supichai Tangjaitrong, Managing Director of Chula Unisearch, Chulalongkorn University revealed that, “Chula Unisearch has played a key role in administrating the academic aspect of the project. We will be conducting further studies for two years that will compile a new body of knowledge on the use of artificial reefs converted from platform jackets with the objective of conserving marine life in the Gulf of Thailand. We set up the team to study the marine ecosystem in project areas, the structure and placement of the platform jackets, and socio-economic impact.”

“In addition, since we want to establish international academic standards in this scientific study, we have collaborated with many other academic agencies, including the Marine Science Association of Thailand, Walailak University and Prince of Songkhla University, as well as experts from a university in Australia. The academic findings will serve as proof of the concept that the project will benefit society as a whole,” said Dr. Supichai.

DMCR Director-General said, “The DMCR is declaring the site a protected area and is in the process of developing the project framework to manage the project, tracking possible impact and benefits from the artificial reef placement. In the short-term, for at least one year, no activity will be allowed in the reef site area to accelerate the recovery of marine life. In addition, we are following up and engaging in close monitoring of the project’s socio-economic and environmental after-effects with respect to the project’s future direction and contribution to Thailand’s resources of knowledge on the subject.”

The Chevron Thailand President concluded, “Chevron Thailand, in partnership with Mitsui Oil Exploration Co., Ltd. and PTT Exploration and Production PCL, is delighted to fully support this endeavour. We strongly believe that the new knowledge resulting from the pioneering project will deliver critical findings on the subject for the purpose of sustainable marine conservation.” 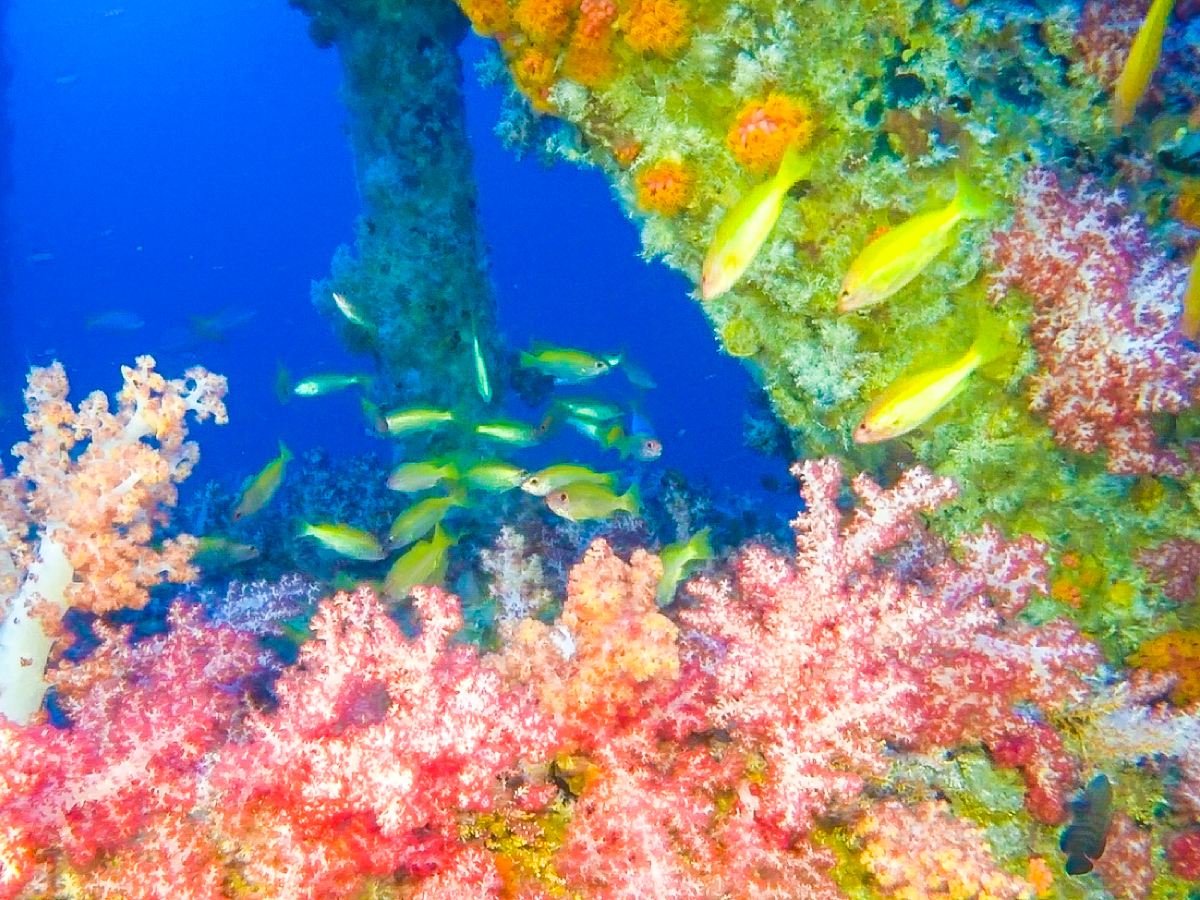 • Designed specifically for marine use, the jackets are made from carbon steel and are free from petroleum substances. With their complex and durable structures, the submerged jackets in the Gulf of Thailand have over time been colonised by a wide variety of marine species and become self-perpetuating artificial reefs in their own right.